Oteil and Friends come to The Fillmore Silver Spring 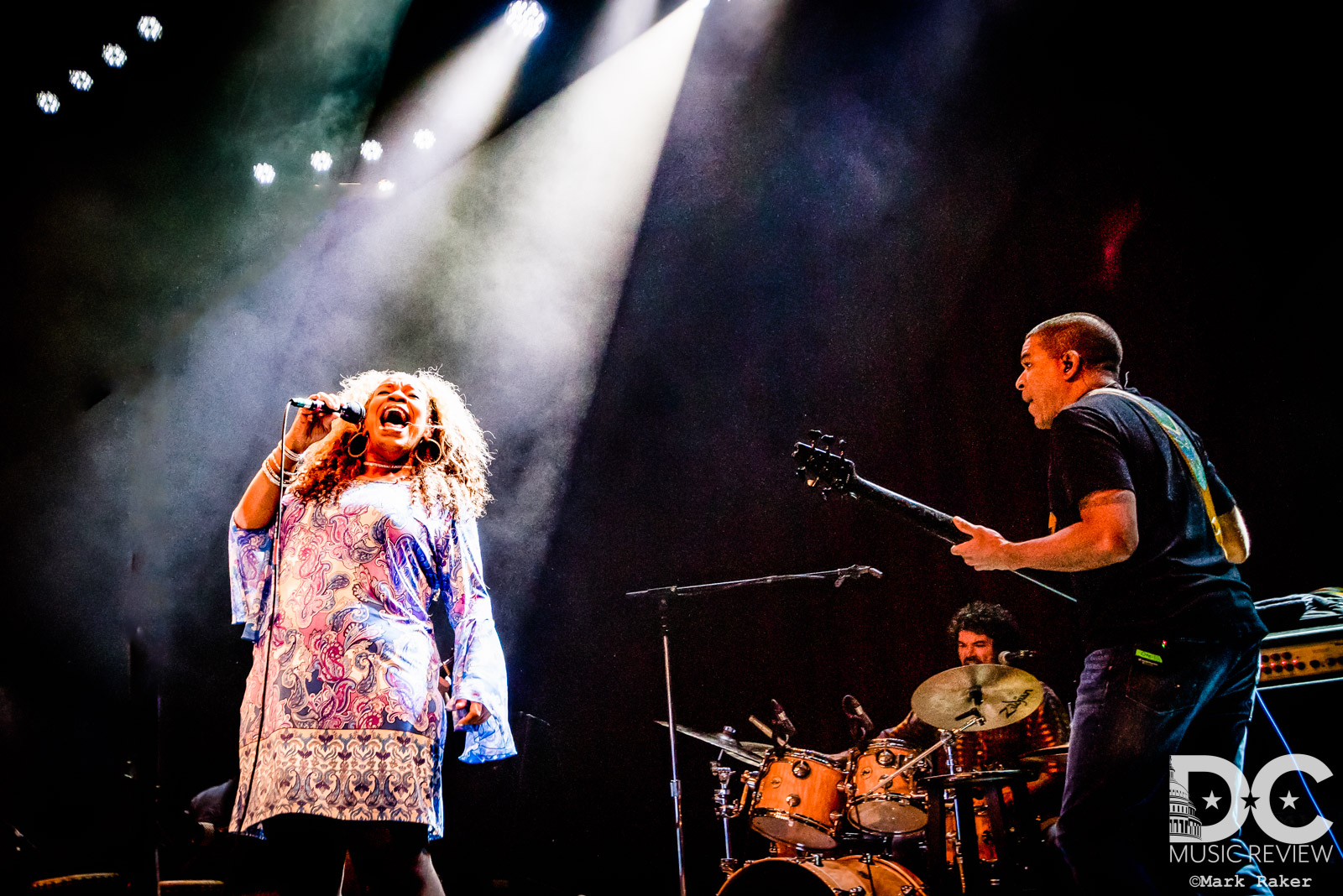 Oteil Burbridge brought his "musical friends" with him to play a near-capacity audience at the Fillmore Silver Spring in Silver Spring, Maryland on Monday, November 6.  Fans of Oteil, accustomed to seeing him in much larger stadium-sized settings got a special treat at this smaller and more intimate venue.

Oteil and Friends wound down their tour performing to a 2,000 capacity venue where many people could witness Burbridge and the other musicians clearly enjoying themselves on stage. The night started off strong with a powerful version of Water in the Desert, the title track off of Burbridge's forthcoming album. Another performance highlight came from Alfreda Gerald, who started her career as an opera singer, as she stunned the audience with her powerful voice and dynamic stage presence. Many of the songs complimented Gerald's talent and Burbridge affectionately referred to her as "The Queen" many times during the performance. The concert ended with an ensemble rendition of "Unconditional Love" by Eric Krasno, which seemed fitting given the visible camaraderie in this arranged group. The love between the audience and the band was palpable and by closing with this song, it felt like this was the best way the band could convey that sentiment to those in attendance.

Following the concert, Burbridge took the time to sign autographs and take “selfies” with fans.

On November 12, Oteil re-joins Dead & Company, as they embark on their 2017 Fall Tour. DC area fans will get another chance to see Burbridge again as part of Dead & Company, when they play the Capital One Arena.

2. How Sweet It Is (Marvin Gaye cover)

5. So Many Roads (Grateful Dead cover)

6. Them Belly Full (But We Hungry) (Bob Marley cover)

2. That's What Love Will Make You Do (Little Milton cover)

Performance recording is available with very special thanks to Alex Leary