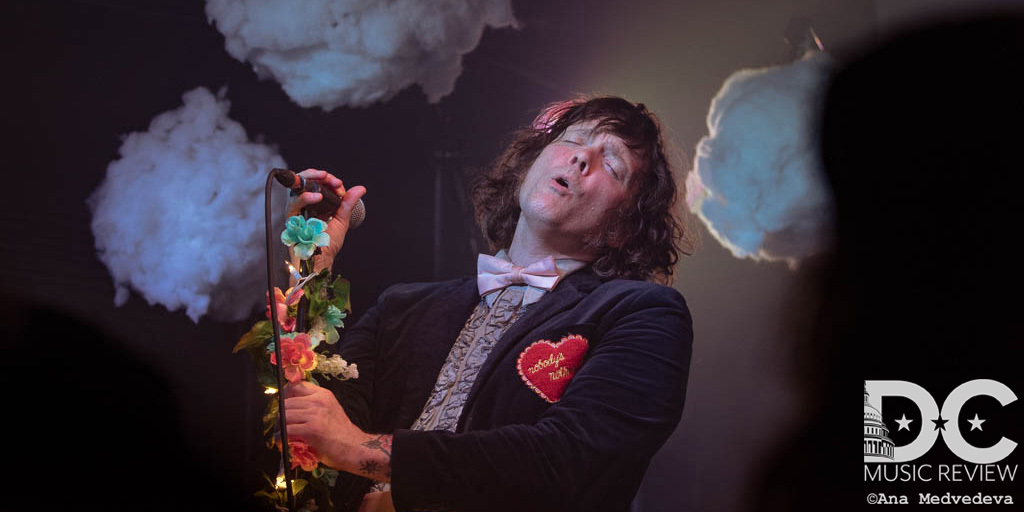 In a world where we are constantly surrounded by the dings of notifications and real time news, it can be difficult to pause and enjoy the quieter side of life. Recreating their fiery Beach Slang punk rock songs as orchestral ballads, Quiet Slang did just that on Thursday, July 12th at the Rock N’ Roll Hotel in Washington, D.C.

Surrounded by hand-crafted clouds resembling cotton candy, bright fairy lights, and beautiful arrangements of flowers, Alex James (vocals, guitar) and Charlie Lowe (back up vocals, keyboard) embraced the intimate setting. Cracking jokes, sharing snippets of embarrassing stories, and letting the crowd in on the inside jokes developed on tour, the two crafted an atmosphere that resembled the friendliness and warmth of a house show. Embarking on a six song encore, James continued the show well into the night, with one fan sharing that out of the five Beach Slang shows he’s been to, this was by far the best.