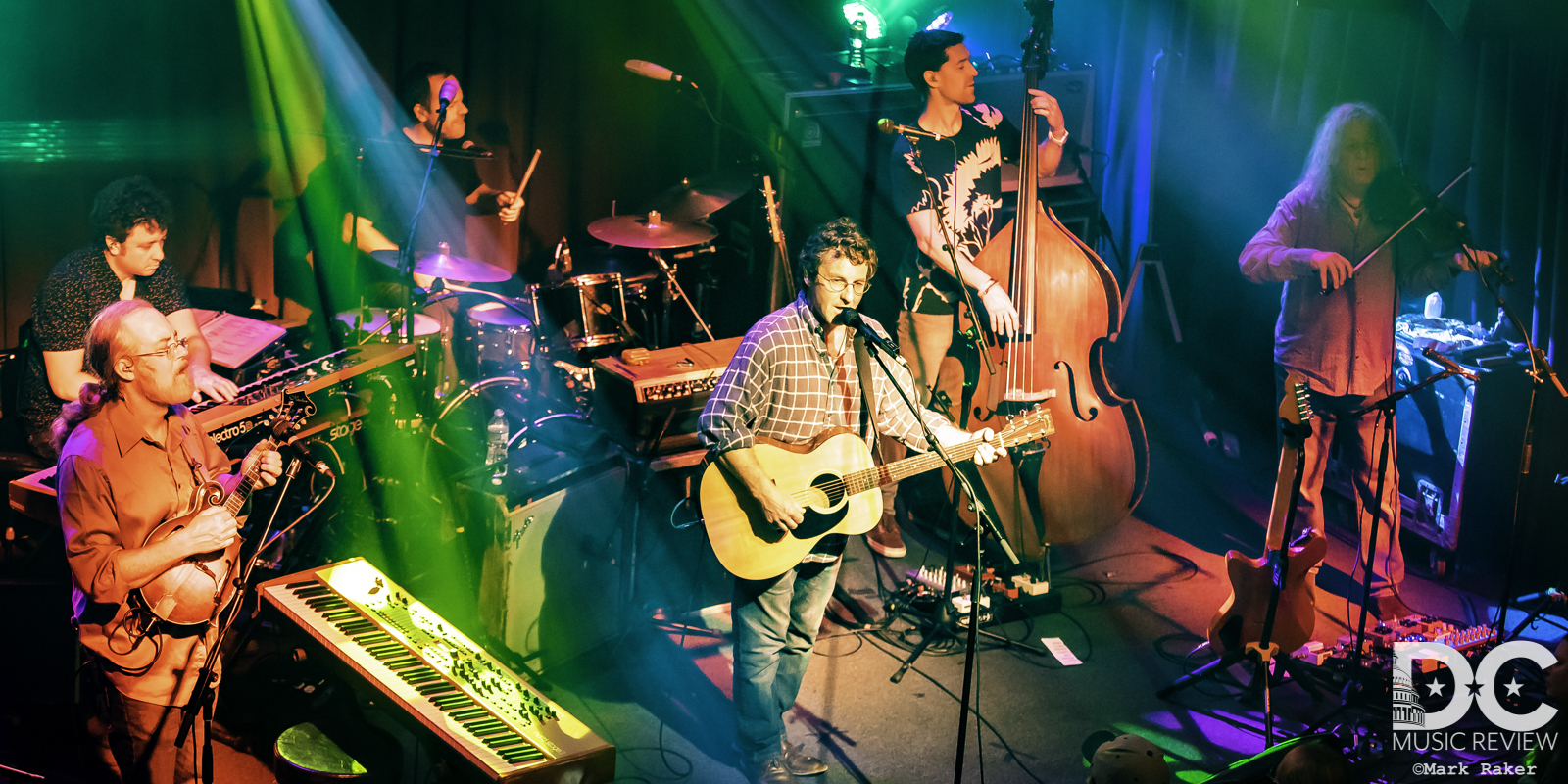 On Thursday September 20th Railroad Earth (RRE) took to the stage at The Ardmore Music Hall for two full sets. This concert was part of the eight night Ardmore 5th anniversary celebration. The sight lines and acoustics at the Ardmore are excellent as everyone at this multigenerational capacity crowd had a great vantage point.

The Ardmore Music Hall has a close relationship with local brewery, Tired Hands, and is a popular meet-up location prior to most any show as it’s just across the street. A good number of thirsty Railroad Earth fans were seen at the brewery, warming up for the night’s show. Tired Hands participated in the 5th anniversary Celebration by making a collaborative beer, “Show of Hands” that was served exclusively at The Ardmore Music Hall throughout the anniversary week. Some Hobos, as Railroad Earth fans are known, traveled hundreds of miles for the show and they were not disappointed. Mike Honig, a DC area fan, has been to almost 200 RRE shows all across the country. When asked about his love of Railroad Earth in general, and this show in particular, Honig said “I saw Railroad Earth opening for Sam Bush in '04 and was instantly hooked.  It's the melodies and lyrics, but maybe more it's the infectious energy of the crowd and band that sets the night on fire. Celebrating the Ardmore Music Hall's 5-year anniversary with Railroad Earth, and then taking home a cooler full of Tired Hands ales - priceless!”

Although the talented Andy Goesling (banjo, guitar) did not play this show, Jeremy Lawton of Big Head Todd And The Monsters once again joined the band playing keyboards and pedal steel guitar. As expected the band was tight and brought it all for this show. The rest of Railroad Earth are Todd Sheaffer (vocals/guitar), Tim Carbone (violin/guitar), John Skehan (mandolin), Carey Harmon (drums) and Andrew Altman (bass). Railroad Earth started show with “Black Elk Speaks” rolling into a raging “Mighty River” getting the crowd cheering and dancing from the beginning. The second set started off with “Long Way To Go” and ended strong with “Warhead Boogie” and “Chasin’ A Rainbow”. A full 11 song second set pulled from their vast repertoire.  When the house lights came up after the “Storms” encore, the room full of Hobos excitedly recounted their favorite songs of the show. After the Ardmore show the band packed up to head to Bristol Rhythm & Roots Reunion in eastern Tennessee where, as one of the festival headliners, they played The State Street Stage with half  the band in Virginia and the other half in Tennessee.

Click here to see the setlist for Railroad Earths performance at Ardmore Music Hall on September 20, 2018

6. Only by the Light

3. When the Sun Gets in Your Blood

Enjoy the following gallery by our photographer, Mark Raker of Mark Raker Photography