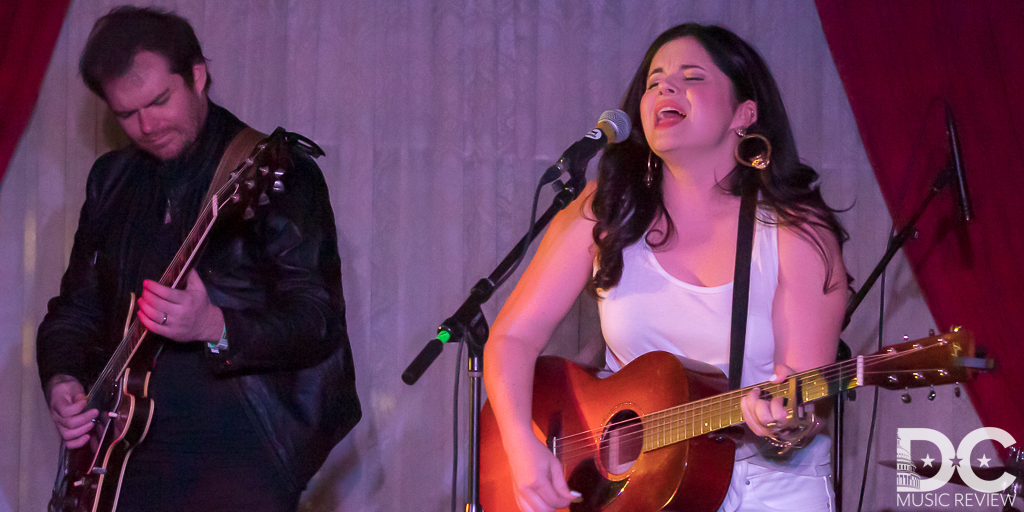 On Thursday March 14th, downtown Austin, TX was buzzing with SXSW festivities. Off of the bustling streets, and in the Driskill Hotel critically-acclaimed musician Rebecca Loebe charmed the Victorian Room crowd. After playing her first song, she had clearly made quite an impression because walking through the audience one could hear murmurs of, “wow she’s SO good,” and, “is she performing at SX at all again, what’s her schedule?” She has a comfortable, laid-back stage presence that would be impossible to fake, a natural performer, and a great story teller. The self-proclaimed, “pathologically brightside oriented,” artist played songs from her newly released fifth studio album, Giving Up Your Ghosts, and her optimism is made clear through her utterly relatable lyrics. In addition to her lyrics, the anecdotes she shared before a few songs, including one that was, “the most embarrassing thing that’s ever happened,” before performing, “High School Movie,” not only empowered her lyrics, but made audience members laugh, share their love for Kroger grocery stores, and sit on the edge of their seats, waiting for more. After the show, one viewer even came up to her, and thanked Loebe for sharing her stories.

While the charismatic musician’s album is new, her SXSW appearance was not. In fact, before performing, “Lake Louise,” a song about going home, she even shared that she played the Victoria Room at the Driskill Hotel during SXSW 2018. Ending the evening with a song, “for all of those who went to middle school,” titled, “Popular,” the optimistic Arlington, VA native stayed after the show to greet listeners, and watch the rest of the musicians perform.