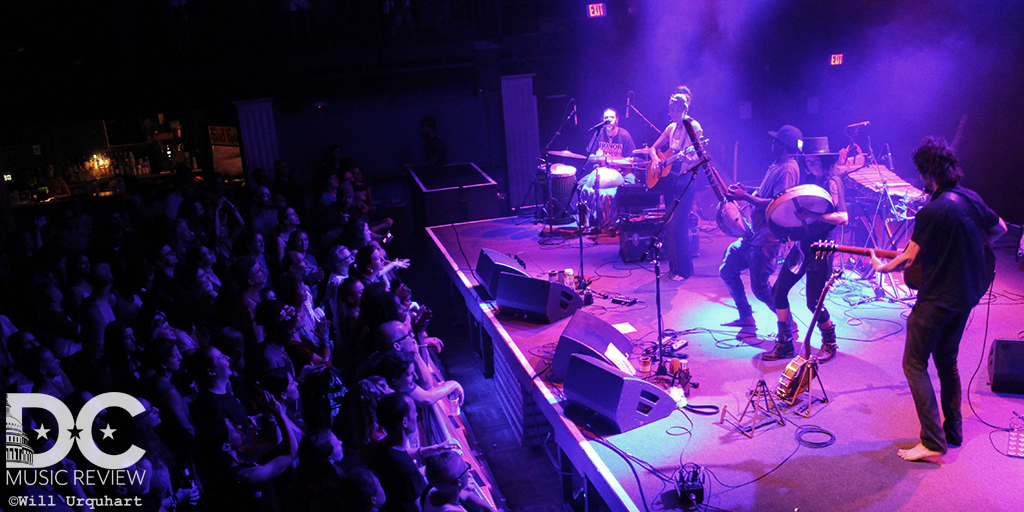 Rising Appalachia returned to the 9:30 Club on Friday, May 25. As evident by the prominently placed "RESILIENT" banner, the night would feature this new single, a song that will be on their upcoming album but one they felt needed to be released earlier. The track is an aptly named,  powerful number that evokes personal strength and positive energy. It captures this moment in history, the chaos and uncertainty of the times we live in, without losing hope or descending into the chaos ourselves.

After hitting the 9:30 Club, Rising Appalachia made their way to Cumberland, MA on Saturday for the annual DelFest (we were on hand for this and will release photos from their set later this week).  June and July takes their tour out west, before a handful of shows in the UK in August.

Enjoy these photos from their DC show by our contributor Will Urquhart: