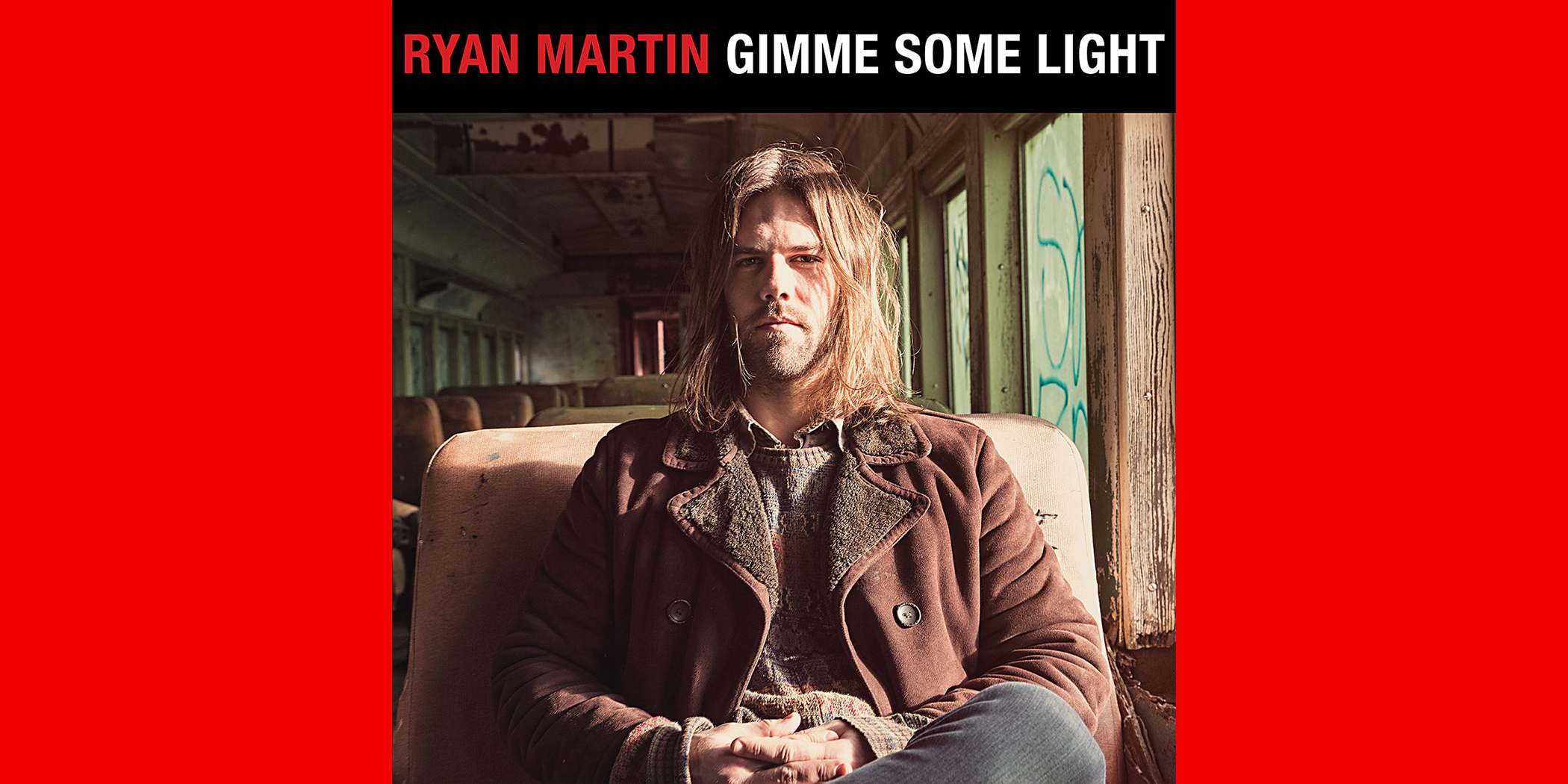 Ryan Martin is an intense burst of light and honesty, with lyrics that hit too close to home and a voice that reaches even the darkest cynic in you. With vocals that are  reminiscent of Glen Hansard, Cat Stevens, and at times, Ben Folds, Martin is a brooding force to be reckoned with.

With his debut album Gimme Some Light scheduled for release on June 29, Martin has made his rounds across the country playing a variety of venues and shows. He visited DC on May 24 for an intimate Sofar Sounds show where we fell in love with his raw vocals and soulful presence. Standing tall and stoic, Martin absolutely shines and commands attention when he lets his vocals take over, ringing out loud and clear.

Martin bared his soul on this album. Because listening to the album is a deeply intimate experience, listeners will have to make the choice of whether to turn away or to surrender themselves completely to the brutal honesty and heart-wrenching hope that accompanies the album.

The opening track “All the Good Men” leads the album off to a powerful start. The song is so good, it’s almost hard to press on to the rest of the track-list. Martin belts tortured lyrics that are complimented by LaRocca’s sweet vocals. However, LaRocca steps down for the final chorus (“I lost my mind/Then I felt the plane taking off”) leaving Martin alone with instruments that are slowly trickling off. The song ends on a note that feels almost like a cliffhanger, that makes you want to follow this lost and sad protagonist on his journey to find closure.

“Say You Love Me” and “Regular Man” both adopt somewhat pleading tones of desired acceptance. While the former is more upbeat and reminiscent of REM, the latter is full of chilling long notes that showcase Martin’s unique talent for both performing and story telling. There isn’t a dull track on this album. Faster-paced and brighter songs compliment the slower more melodic ones, keeping you alert and eager for more. It flows together with such cohesion through shared themes, instruments, and harmonies that it's best consumed in one uninterrupted sitting.

Make no mistake, this is no easy listening. Gimme Some Light commands and deserves your undivided attention. It is a unique album that explores tragedy, loss, love, hope, and finally, seeks redemption all the while combining indie, folk, and country influences into one dense and moving album.

Martin is a talent to keep both eyes on.

Gimme Some Light will be widely released on June 29. Preorder the album here, and visit Martin’s website for upcoming tour dates.