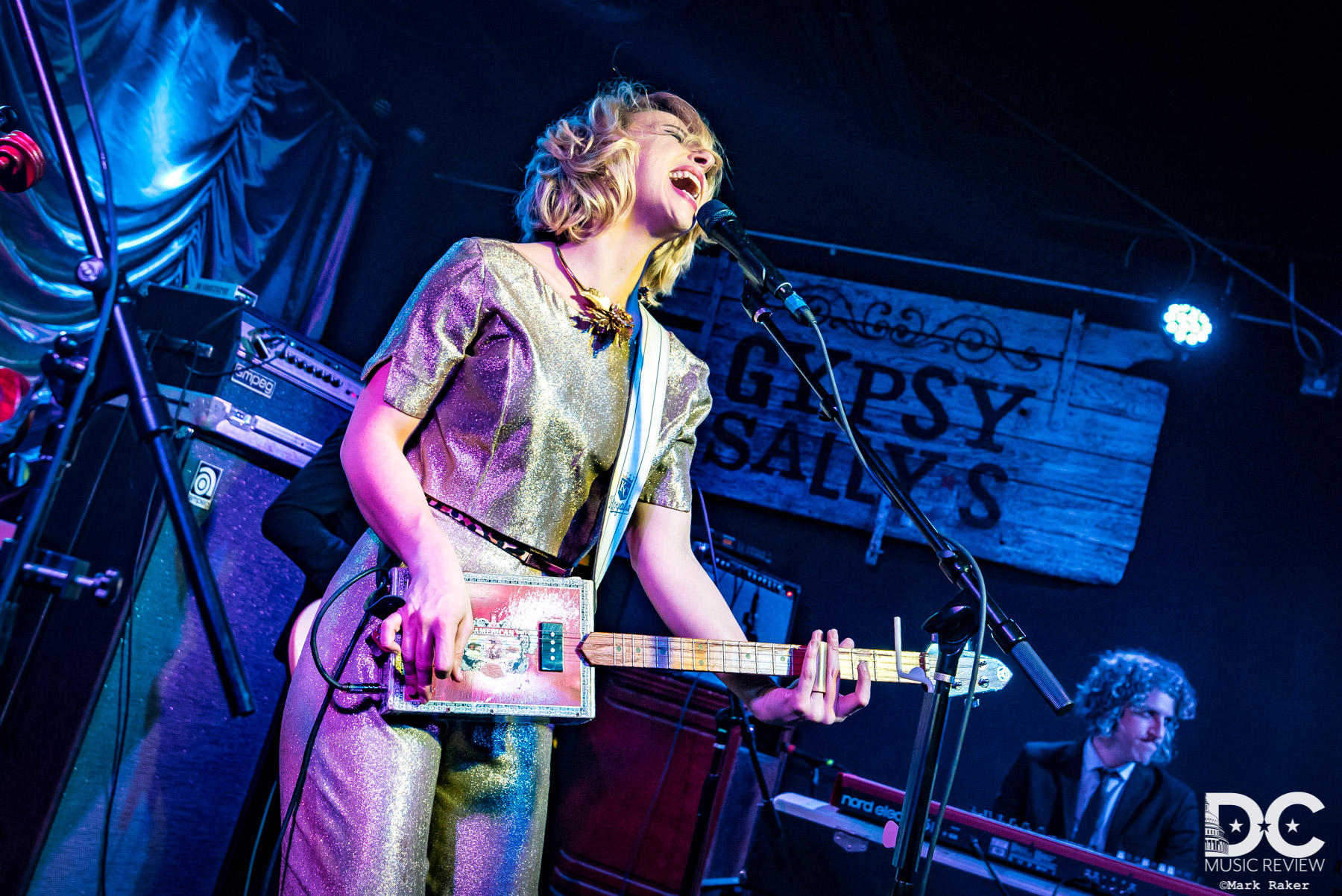 After launching her recording career in 2009, Samantha Fish has solidly established herself as a top star in the contemporary blues world.  Since then, the charismatic young singer-guitarist-songwriter has earned a reputation as a rising guitar hero and powerful live performer, while releasing a series of acclaimed albums that have shown her restless creative spirit consistently taking her in new and exciting musical directions.

Samantha Fish and her 7 piece band rocked Gypsy Sally's, Washington DC, to a sold out, standing room audience. This performance was the last night of her current tour She where she awed audiences on December 20, 2017.  There was no doubt that she would since she is considered the 10th best  blues guitarist in the world right now according to Music Radar.

To end the performance and her tour on a very high note she took to a cigar box guitar for her two song encore.