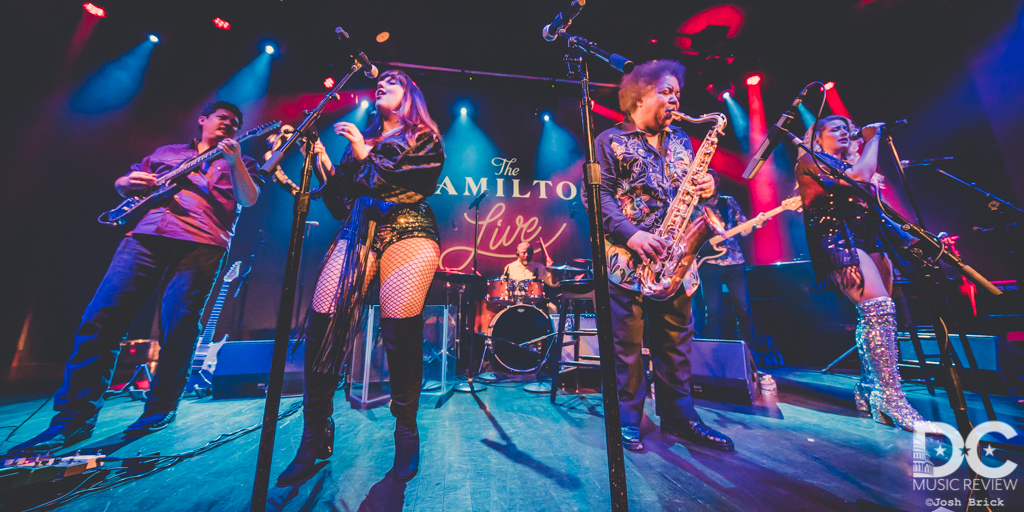 There are a few things that are for certain in the Washington DC musical landscape. One that DC Music Review is always excited about it the annual Tedeschi Trucks Band residency at The Warner Theatre. The second musical certainty and one we especially delight in are the afterparties held at The Hamilton Live just a few short blocks away. This year the afterparties feature  The Ron Holloway Band and Big Sam's Funky Nation on Saturday, February 16 and February 23, respectively. Kebbi Williams, Elizabeth Lea and Ephraim Owens of the Tedeschi Trucks Band on stage in 2017

Kebbi Williams, Elizabeth Lea and Ephraim Owens of the Tedeschi Trucks Band on stage in 2017

Each year, fans make the pilgrimage to The Warner and each year fans wonder what special night of fun will take place at The Hamilton. Some fans have spoken in hushed whispers about seeing Ron Holloway having dinner with Warren Haynes at The Hamilton's restaurant. Others fans recount stories of TTB runs gone by tell stories of running into Susan Tedeschi ponied up to the Hamilton's main bar or Kebbi Williams taking to the stage, saxophone in hand, and joining other musicians to party into the wee hours of the morning.

2019 is no different as the Tedeschi Trucks Band gears up for their DC romp in the upcoming weeks. Susan Tedeschi and Kofi Burbridge on stage with the Ron Holloway Band in 2017. We will miss you this year, Kofi!

Susan Tedeschi and Kofi Burbridge on stage with the Ron Holloway Band in 2017. We will miss you this year, Kofi!

We do not know what will take place on stage at The Hamilton Live but we do know this, the night before, on February 15, Tedeschi Trucks Band's latest studio album Signs will be released. It is an exciting time, with the band's first Warner show coming the same night as the album release.

We are excited for The Ron Hollway Band to delight the audience this year as they do each year and that Big Sam's Funky Nation will be sure to funk up the evening into the wee hours.

One thing is for sure, The Hamilton Live's Tedeschi Trucks Afterparty is one of the true hidden gems of the Tedeschi Trucks Band's presence and something you do not want to miss. Grab a ticket by using the link below to see what all the fuss is about when TTB comes to town!

Learn more about the artists in this article: