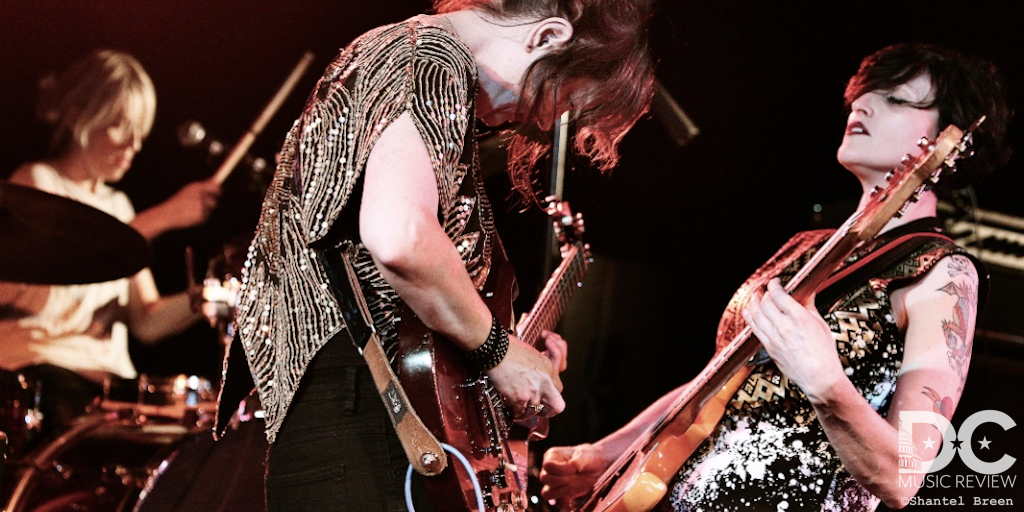 When I reflect on some of my favorite bands that I have seen perform in DC, I immediately think of the Black Cat.  The Black Cat opened its doors in the fall of 1993.  This past weekend, the club featured a 2-night concert to celebrate the 25th year as a cornerstone music club in DC.  The line-up consisted mostly of local DC bands and musicians.  Additional performers came in from outside of DC to show their support for this legendary club.

Friday evening, the celebration got started with Local bands, Work Ethics, Honey, Scanners, Dagger Moon, and Des Demonas. Each of these bands performed high energy sets as the audience quickly began to fill the club.  At the end of his set, Ted Leo, who frequently performs at the Black Cat, thanked the club for always hosting the best shows!  Legendary bassist, Mike Watt, performed with prominent local musician, Devin Ocampo. They treated the very enthusiastic audience to an entire set of covers by the Stooges. After his set, Watt yelled out into the crowd “Go start a band!” before walking off stage.  Closing out Friday night’s show was the English punk rock band, Subhumans. They ended the night with fast paced hardcore punk songs which lit up the crowd. Leaving the club Friday night, I couldn’t imagine a better show.  However, Saturday’s line up would prove to be the icing on the cake in this two-day musical party.  Saturday’s line up started off with local bands, Foul Swoops and Wanted Man.  Many people came out for Saturday’s celebration and by the time the third band took the stage, the entire club was full.  Hammered Hulls featured DC guitarist Mary Timony as well as Alec MacKaye (brother of Ian MacKaye from Fugazi). Pacing the stage and banging into the mic, MacKaye gave the audience a little taste of post-hardcore punk that would have been prevalent in the early days of the club’s existence.

Midway through the night, Atlanta based band, Algiers, loudly rocked the club with an intense performance.  Front man, Franklin James Fisher sang into the mic with such emotion that as an audience member, you almost felt connected to him for the entire performance.  Portland Oregon’s, Hurry Up, carried on the momentum with their fast-paced punk songs, often sang in unison by each of the three band members.  Taking it back to DC, local post-hardcore band, Gray Matter, lit up the Black Cat with their versions of the Beatles, “I’ve Just Seen the Face” and “I am the Walrus”.  Finally, headlining this two-day event was newly formed DC band, Ex Hex. This three-piece features talented female musicians, Mary Timony, Betsy Wright, and Laura Harris.

I was extremely happy to be a part of this celebration and am proud to be able to say that I’ve seen some amazing shows over the years come through this club.  I’m looking forward to seeing many more shows at The Black Cat in the upcoming years!