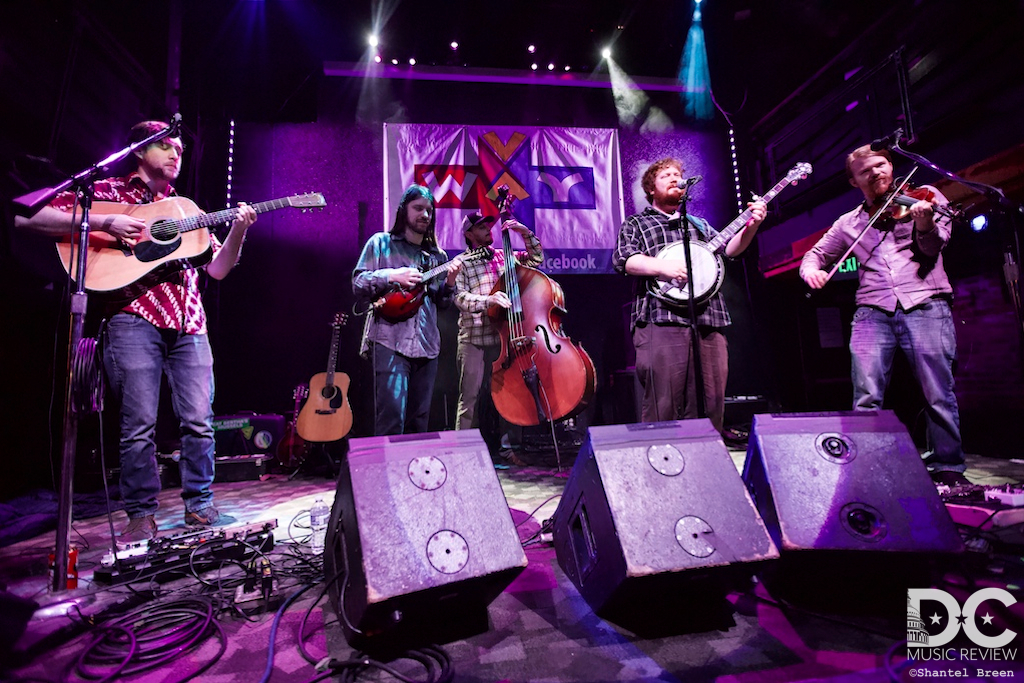 Third Thursday Bluegrass on April 19 at The 8x10 was the perfect way to kick off the weekend!  This particular Extra Dirty Thursday featured headliners, The Dirty Grass Players with Dirty Blanket and Fried Pickin' who kicked off the music for the evening. Those who came early were able to enjoy Baltimore's own, Fried Pickin', a 4 piece band that won the 2015 Charm City Bluegrass Battle of the Bands competition. Their 15 song set included 10 original songs as well as a Steve Earl cover.  Guitarist, John Genakos, mentioned that the band was looking to get in the recording studio this year! Dirty Blanket took the stage next and kept the momentum of the evening going. Visiting Baltimore from New York's Finger Lakes region, these guys made a huge impression on the 8x10 crowd.  The highlights of the evening from this band came in two parts. First, they performed a dynamic cover of "Jack Straw"  by The Grateful Dead. The audience cheered and provided evidence that this was the best cover of this song I had ever heard.  The second crowd pleaser came from another excellent cover, Ween's "Help me Scrape the Mucus off my Brain." We discovered towards the end of their set that they were missing their lead singer/rhythm guitarist. Although missing a key component to their band, Dirty Blanket displayed remarkable talent! The audience was now pumped up and ready for the main act. The Dirty Grass Players present the true talent of Baltimore Bluegrass. Members include Alex Berman on vocals/banjo, Ben Kolakowski on vocals/guitar, Alex Tocco on vocals/fiddle, Ryan Rogers on mandolin, and Colin Rappa on bass fiddle. During a cover of "Mimicking Style" by Greensky Bluegrass dancing commenced and the crowd came alive. Towards the end of the evening a girl nearby said to me, "I'm smiling so much my face hurts! That hasn't happened in ages!" I would say that this comment literally summed up the feelings of this "Extra Dirty Thursday"!

Special thanks to the hosts of this Third Thursday: The VA Way, Charm City Bluegrass, Yoga Works, and Bulleit Bourbon. Congratulations to the various winners of the raffle that took place throughout the evening!  Be sure to check out the next Third Thursday on May 17 at The 8x10 and in the meantime, enjoy my photos from this past Thursday's show!