The Disco Biscuits Return to DC for Two Nights This Weekend 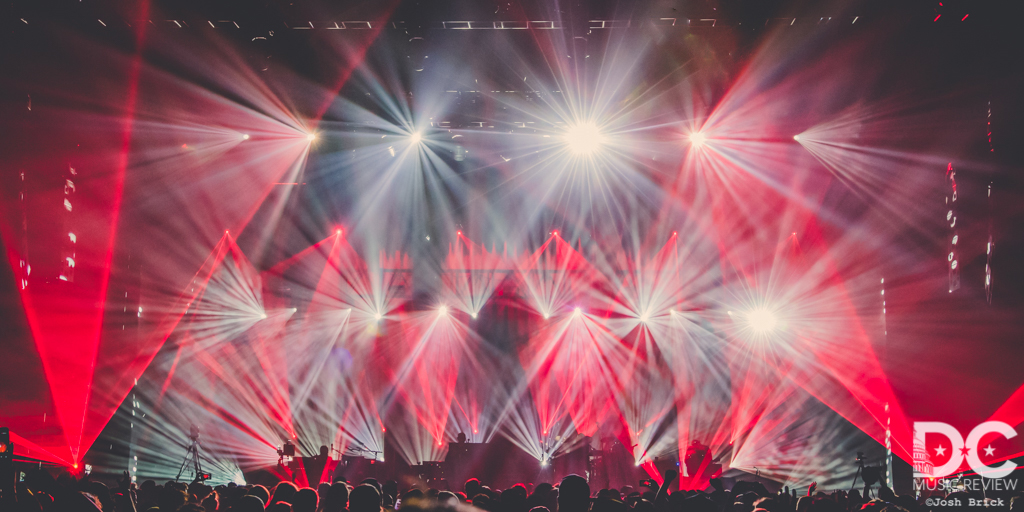 Last January, The Disco Biscuits became the first band to offer a unique two-night booking at IMP Venues. The Philadelphia-based jam-band played The Anthem for a Saturday night blowout on the heels of a more intimate show for their biggest fans at 9:30 Club the night before, with tickets for the 9:30 Club show available only to those who purchased a two-night pass to attend both shows. Only a matter of weeks later, rising jam-grass outfit, Greensky Bluegrass, followed suit and an exciting tradition was born. For bands that are perhaps too niche for a two-night booking at the Anthem, this provided an incredible opportunity for fans to have unique experiences each night, with the 9:30 Club performance providing a sort of "family affair" vibe, while the Anthem offered a larger-than-life party. The Disco Biscuits at The Anthem in 2018

The Disco Biscuits at The Anthem in 2018

On the first night of last year's run, bassist Marc Brownstein remarked, "Our favorite thing about these two night shows is that we know everybody here tonight is gonna be with us tomorrow night. We love that." Clearly, the band felt, just as the fans did, that this two-night format made both shows feel special in their own ways, encouraging fans to buy the two-night pass and make a weekend out of the affair.

This weekend, the Disco Biscuits return to DC for a second installment of this two-night party, but the venues have changed a bit this time around. On Friday, the band will make its debut at the Lincoln Theater, a new and unusual setting for the intense laser show that accompanies the band's EDM-infused explorations, before returning for their second performance at the Anthem on Saturday night. Tickets are available for both nights and can be purchased using the links below. ​

In the days leading up to this exciting two-night run, you can relive the magic from last year's Disco Biscuits shows at 9:30 Club and the Anthem by checking out our recap post and photos by Josh Brick of Josh Brick Graphics.