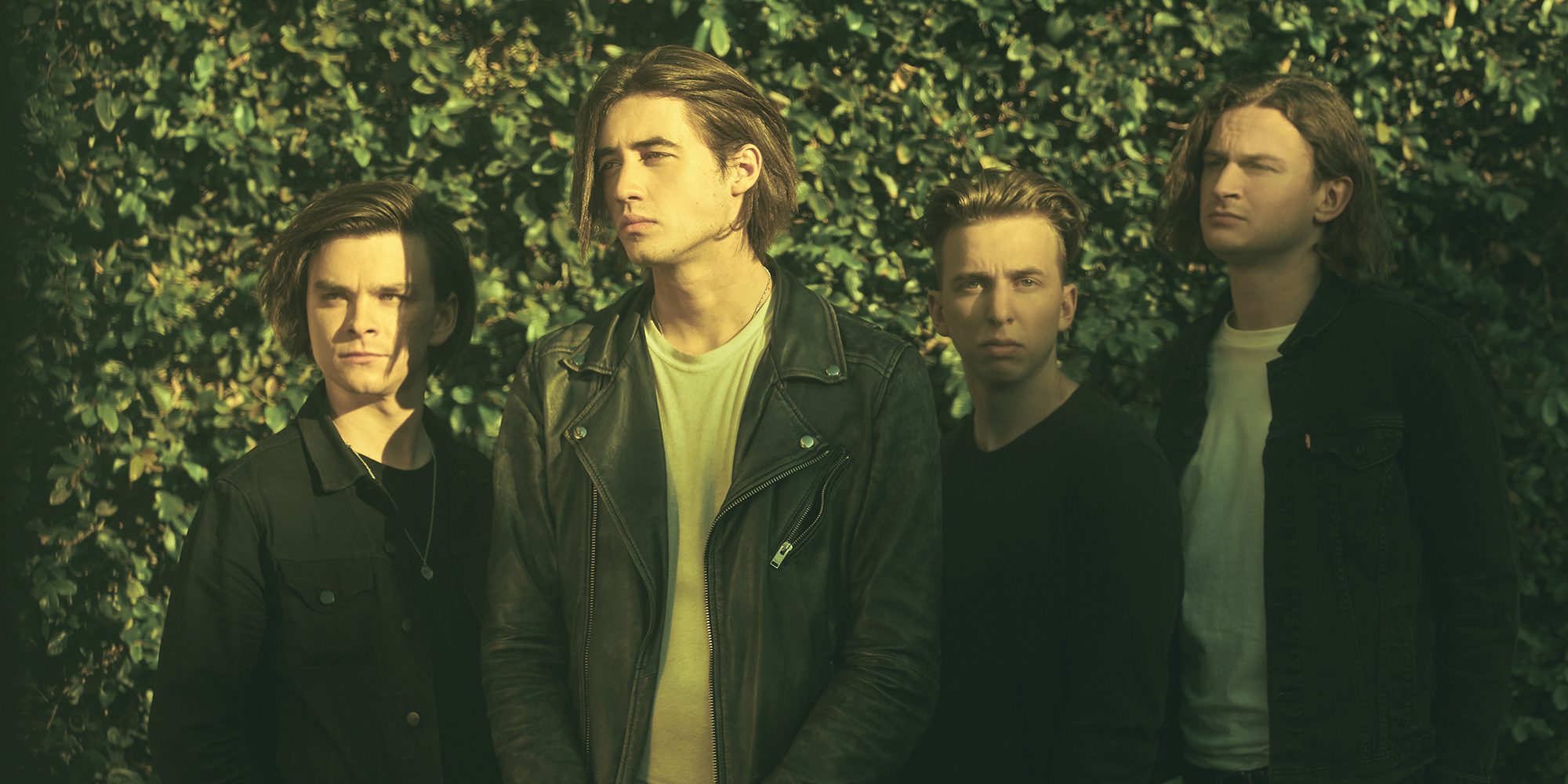 After the success of their 2018 EP and a nearly sold out European headlining tour, Australian pop-rock group The Faim is back on the road for their US Tour with Andy Black. Despite being fairly new to the scene, The Faim has been moving up quickly. Their single “Summer Is A Curse” rose in popularity last summer and currently has over 10 million plays on Spotify. They have collaborated alongside various notable musicians including Pete Wentz (Fall Out Boy), Mark Hoppus (blink-182), Josh Dun (Twenty One Pilots), and Alex Gaskarth (All Time Low).

We recently spoke with The Faim guitarist Sam Tye to chat about their upcoming album and tour experience so far. The Faim will be coming to Baltimore later this month where they will be performing at Baltimore Soundstage on April 30th. Check out the interview with Sam below, and get your tickets while you still can!

How would you describe the band’s sound to someone who may have never heard your songs before?

I think I could explain it through past influences that we all have in the band. Like a lot of comparisons that have been made before are bands like Fall Out Boy, Panic! At The Disco, those sorts of bands. But you know, we also try to pave our own way and create a different sound. And we were doing that with the EP and we're continuing to do that with our new music. I would say our music is more like pop rock or classic alternative. But hey, I would traditionally just say, “Why don't you come down to a show and have a listen and see if you like us?” (laughs) You recently joined The Faim a few months ago, congratulations! Can you tell me a little bit about what that transition was like?

Thank you! The transition was sort of surprising but it was amazing and such a great experience. Obviously I went from not being in a touring band to being in a touring band, which, for anyone who knows what it's like to tour the world, it’s an insane transition no matter what you were doing previously. But it's been a blessing, I've been able to go around the world with six of my best mates and play music. It's a real dream. You know, I get less sleep now than I used to (laughs). But, you know, it's not much of a price to pay for what we're doing. So yeah, I’ve definitely become a lot busier let’s just say that.

​Earlier this month you posted about being in the studio to record your debut album. How would you say your newer music differs from your first EP Summer is a Curse?

I definitely say that it's taking a step from our EP but not in a necessarily completely different direction. But we've all grown over the last year, and you know, I've been touring on the road for the last year pretty much. The sound is maturing and a lot of experiences have affected us in many different ways and I think that's definitely come through in the writing. We had the opportunity for a few weeks prior to this American tour to all sit down together and really talk about it, do some writing, and sort of figure all this stuff out. We're still the classic The Faim, we're not too far from where we were before. It's still rockin', it's still got all the elements we had before, but we just kind of elevated it. What is your favorite song to perform live and why?

My favorite song to perform live would be our most recent single “Amelie”. It's a really rockin' song and obviously the newest addition to our set. It's fresh and it's really fun to play and all the guys have fun with that song!

And you guys just released the music video for "Amelie" a few weeks ago right? What would you say is the meaning behind the song?

Yeah, we did!  “Amelie” is basically about how we're all born and then as we grow up, the things that we experience change us into the people we are. This whole idea of how your surroundings, the people you're with, and everything around you determines the person you end up becoming, and how that's different for everyone.

Now that you’re about halfway through the tour with Andy Black, what would you say is one of the most memorable experiences from tour thus far?

There's been so many on and off stage! We went to the Grand Canyon yesterday actually, on our way to Salt Lake City and that place is stunning. It's beautiful. And I really understand now how the terrain in America is just completely different everywhere you go. What should fans expect from your performance in Baltimore later this month?

Just like a full on rock show! We always put our heart and soul in our performances. They can expect a lot of energy I can say that much, we always go crazy on stage it’s like we've had 12 cups of coffee. They can also look forward to some friendly faces! We will be at the merch table after the show so we hope that people come and say hi and chat with us. And we hope everyone has a good time!

You’ve recently announced your partnership with Taco Bell for their Feed the Beat program where they promote and support touring artists. What’s your go to taco bell order?

Oh, I'll be honest with you here... I actually haven't ordered Taco Bell yet. The last time we went I was asleep in the van and everyone else got Taco Bell. But I think my go to order would be a veggie wrap or a veggie taco! And I’d probably buy about 12 of them because I'm always hungry.

This summer you’re playing at a number of festivals including Frequency in Austria and Leeds/Reading fests. Are there any specific artists you would love to tour with one day or other festivals you would like to play at?

There's so many bands and so many festivals and shows that we love to perform. For me, I would love to perform with The 1975, they're one of my favorite bands. We always learn valuable lessons from the bands we’re on tour with, and to tour with an artist such as the 1975 who consistently puts on an amazing show, I think that would be an amazing experience. I kind of want to do all festivals, there's no festival that I can think of that I wouldn’t want to do. It'd be cool to play Glastonbury and Coachella, but we're just going to keep playing shows and writing music, and hey, hopefully one day if those festivals want us on their lineup then it will happen! ​What is something I haven’t mentioned yet that you really want readers to know?

We’d love to see all kinds of different faces down at our shows and whether or not you’ve seen us perform before, we want to include everyone in our sort of “Faim-ily” as we call it. We really hope that no one feel left out, we really want people to come down to the show no matter what their background is, where they’re from, who they are, what sort of music they listen to, etc. And just for everyone to remember that they are perfect just the way they are, even through the imperfections, they are exactly who they should be. Don't worry about what anyone else thinks, come to a show and enjoy your time! To learn more about The Fair please see the following resources: