The Sherlocks Plot Their American Domination At The DC9 Nightclub 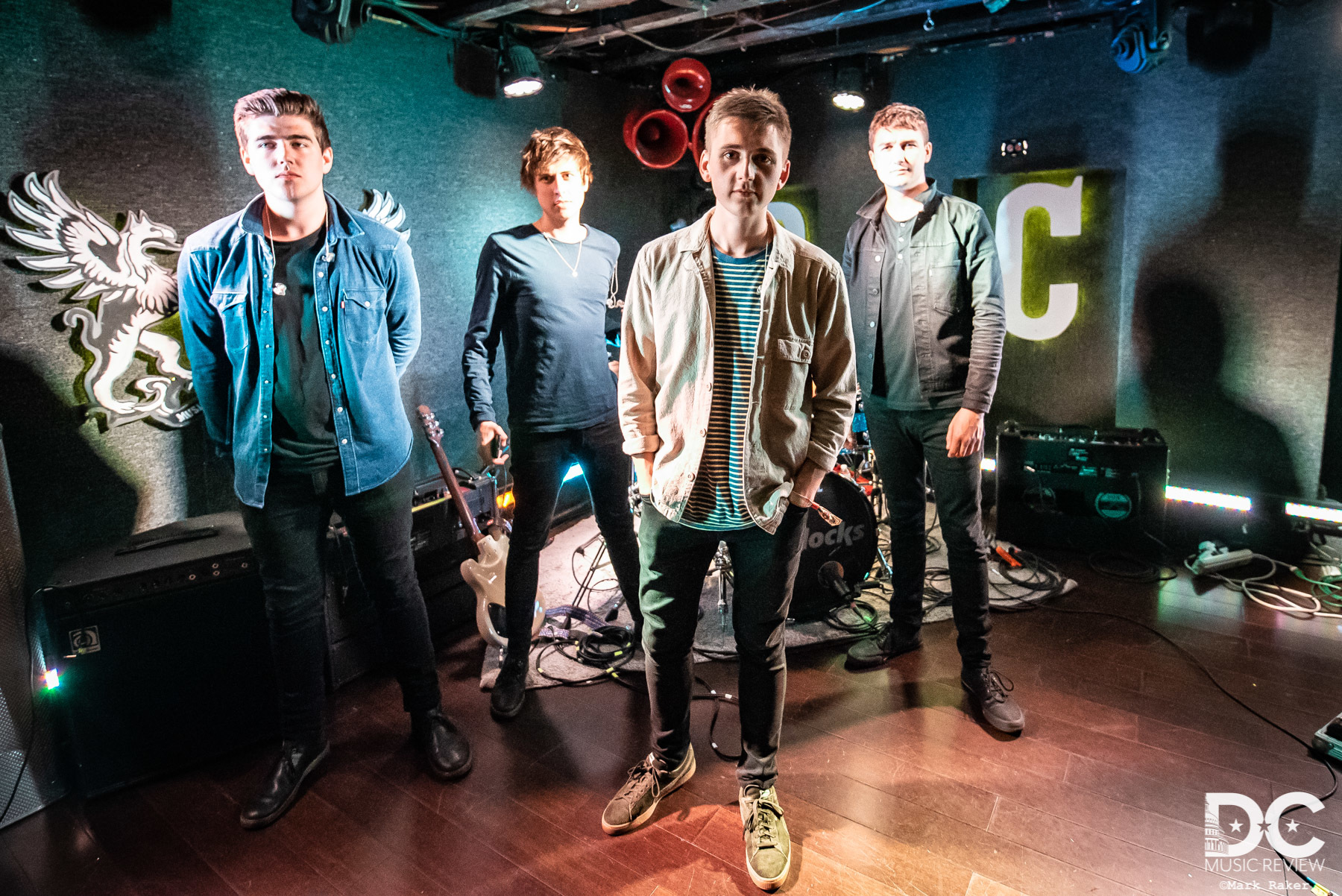 British rock stars The Sherlocks made their reprise performance this past Monday night for the biggest crowd I’ve ever seen at DC9. Returning just months after their last DC performance, the band’s following has grown exponentially, with the venue being considerably more crowded than their November show. Comprised of two sets of brothers — Kiaran Crook (lead vocals, guitar), Brandon Crook (drums), Josh Davidson (guitar), and Andy Davidson (bass) — the band had an unconscious and natural chemistry during their performance that made them stand out.

Starting off with drum heavy, “Last Night,” a catchy tune with unbounded instrumental interplay, the tune asks questions such as “who’s gonna take the blame for all the things you said?” The open-ended, slightly rhetorical questions that are sprinkled throughout The Sherlock’s lyrics are also a trademark of The Arctic Monkeys, another Sheffield based band that they have drawn parallels to.

Each song had a similar note, chord, or leading instrument so that while each song had its own personality, there was a common thread linking them all. The well curated setlist and the brotherly chemistry fostered a show that felt intimate and specifically tailored. Although Kiaran is only in his mid-twenties, he sings with a maturity and skill that I’ve only heard in much more seasoned musicians. A blend between Julian Casablancas and Alex Turner, Kiaran sings with an edge that’s drenched in emotion and experience. The band as a whole plays with a fast-paced intensity that commands attention. The Sherlocks are The Strokes meet The Vaccines with a twist of Two Door Cinema Club, if only due to the fast-paced nature of their songs. In short, an indie-lover’s dream come true.

As the night went on, the applause got louder, the dancers in the audience became more carefree, and the room got warmer. The Sherlocks play with such passion and energy that their audiences can’t help but absorb and return it at full force. They played an efficient set, barely stopping for breath between songs. When they did pause, they were met with an applause loud enough to break through the ringing in my ears. The front row was decorated with passionate fans who knew every lyric, and those who didn’t had wide smiles plastered on their faces. The Sherlocks were clearly enjoying themselves during this performance.

“Nobody Knows” was a DCMR favorite of the night. With all instruments brought to the forefront, it was easy to tell that The Sherlocks enjoyed performing this particular track as much as we enjoyed listening. Midway through the song there is a longer musical interlude that allowed The Sherlocks to flourish. With Josh and Brandon exchanging quick smiles in the back, the band kicked off the instrumental break with an eagerness that had the audience dancing along fervently. The longest track off their debut album Live For The Moment, “Nobody Knows” was a masterful accomplishment that concert-goers should actively seek out.

The Sherlocks were clearly enjoying themselves during this performance.

The Sherlocks are characterized by expertly loud and intense instrumentals, with more sentimental and thoughtful lyrics. The final song “Chasing Shadows” was met with excited cheers as The Sherlocks launched into an intro that was reminiscent of songs on The Killer’s 2006 album Sam’s Town, before allowing the guitar and the signature vocals to take the lead.

Already rockstars across the pond, The Sherlocks have played a multitude of festivals, most recently The Shaky Knees Music Festival in Atlanta last week. With their North American tour ending in May, The Sherlocks head back the UK for another six months of shows and festivals, budding into quite the successful worldwide act.

Their passionate and skillful artistry is something that is almost too big for the DC9 stage. While it is an ideal location for fans to meet and interact with the boys, we hope (and expect) to see them up high on the 9:30 Club stage one day soon.

The Sherlocks released their debut album Live for the Moment in August 2017, so make sure to give it a listen and purchase it here.

Click here to see the setlist for The Sherlock's performance at DC9 Nightclub on May 7, 2018