VÉRITÉ Starts Her Headlining Tour With A Bang In Richmond, Virginia 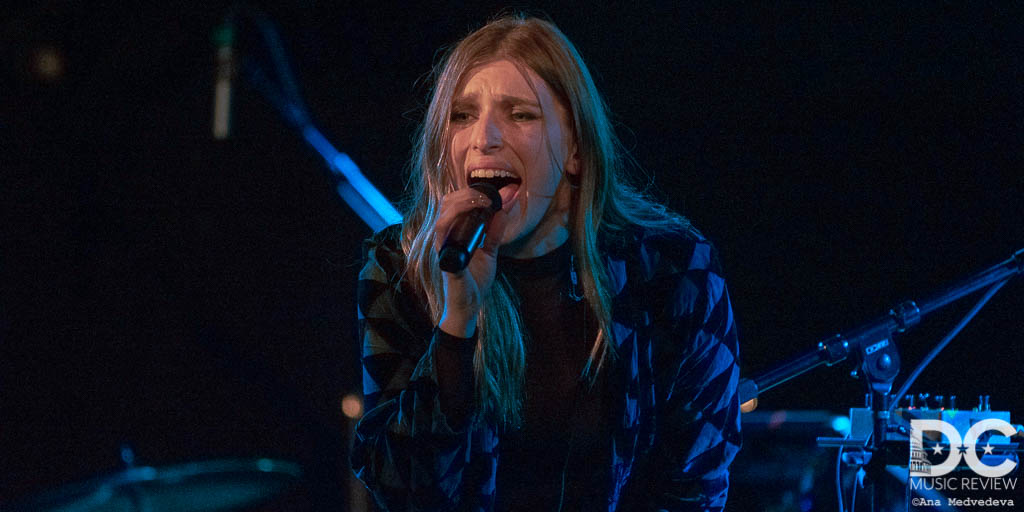 October 1st was an evening of many firsts for Kelsey Byrne, better known under her pseudonym VÉRITÉ. Starting her headlining tour off in a city she had never been to, the 28 year old showed not even the slightest indication of nerves. Escorted through the crowd of young adults packed shoulder to shoulder into the cozy atmosphere of Strange Matter, Byrne ran up a short flight of stairs as the lights dimmed. With a bright black and white VÉRITÉ sign as the backdrop, she jumped into “When You’re Gone”, the opening track off her debut album Somewhere In Between.

Confidently commanding the stage, she walked from side to side and directed her words at different members of the audience.

Dancing along to the irresistibly catchy melody, the Richmond crowd joyously sang along with Byrne. As the performance carried on, they continued to sing every single lyric back to Byrne with an enthusiastic vigor.

In a moment of transition, a member of VÉRITÉ’s team sprinted onto the stage. A wave of confusion passed through the room, followed by Byrne cracking up as she realized that he was dropping forgotten setlists at their feet. What’s the first night of tour without a few small mishaps?

With the band on the same page (quite literally), Byrne performed “Nothing”. Her powerful and beautifully haunting voice is even stronger live, a rarity in the music world.

"While her music harnesses the powerful energy of New York City, Byrne’s lyrics hint at the softer side of the artist, resulting in an incredible meld of strength and vulnerability."

Her talent is undeniably highlighted in her cover of The 1975’s “Somebody Else”, which has an almost incomprehensible 96 million plays on Spotify.

Teasing the crowd, she addressed them directly as the chorus hit,

“I know you know the words...now LOUDER!” But Byrne is not all brooding vocals and incredible stage presence. Her voice softens significantly in the short breaks between songs and her eyes look to the floor.

Pushing her hair behind her ears shyly, Byrne calmly remarked,

“Richmond...oh my god you guys are awesome. This is my first time here, and I gotta say, it’s really great to be somewhere where everyone is so nice!”

A Brooklyn dweller, Byrne is perhaps accustomed to a culture of self preservation and continuous movement. While her music harnesses the powerful energy of New York City, Byrne’s lyrics hint at the softer side of the artist, resulting in an incredible meld of strength and vulnerability.

It's this artful blend that has attracted a devout Internet following for the independent artist. We are incredibly excited to see what she creates as her following grows and her relatively young career progresses.