Circles Around The Sun Shines Brightly In Their 2020 Tour Opener 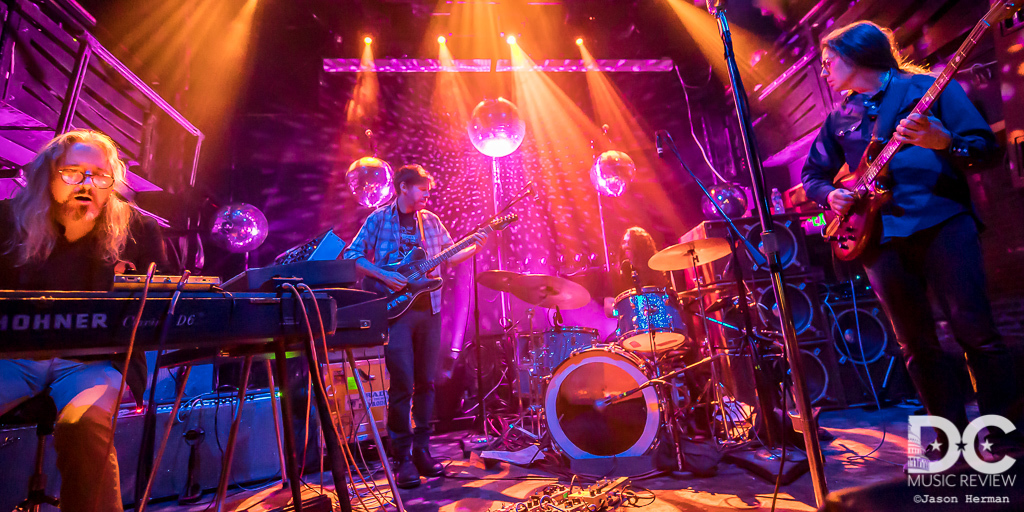 On a crisp, cold Thursday night in Baltimore, Circles Around the Sun arrived in town and would bring with them some serious musical heat at The 8x10. This performance kicked off their first full-length tour since the untimely passing of their original guitar player and founding member, the late and great Neal Casal. I was at the Grateful Dead's Fare Thee Well performances in Chicago in 2015. It was during these shows that I and so many others were first exposed to the music of Circles Around the Sun. At the time, there was a memorable buzz in Soldier Field about the infectious set break music. I was joined by thousands of others in the stadium and others watching on webcasts in asking who was performing this magical music. Many months later, fans were very excited when the album Interludes with The Dead was officially released, and the band started sprinkling live performance dates here and there - spreading some magic musical spice into the musical cosmos.

Like many, I unfortunately did not get a chance to see the band perform live with Neal before he passed. I can't imagine as a band, how it must have felt trying to consider whether to continue or leave things behind to pursue other projects. It was Neal's wish for the group to continue on and keep building on what they had already accomplished. The band decided to continue, honoring Neal's wishes, and also decided to have guest guitarists join the band and breathe new life and new interpretations of Neal's music. With obviously big shoes to fill, Scott Metzger of Joe Russo's Almost Dead stepped into the lead guitar position flawlessly this tour, and the band has not skipped a beat musically. Playing selections spanning their entire catalog, including a jam from the album they made with Joe Russo, you could tell that band was clearly well-rehearsed, and the chemistry between musicians was obvious by everyone in the audience.

Opening with "On My Mind," from the 2018 release Let it Wander and then launching into an extended "Gilbert's Groove" from the Interludes With The Dead album, the band was locked in and tight the whole night, and the vibe was fantastic at The 8x10. I barely saw any cell phones in the air, which is refreshing, and always a good sign that the music has caught the full attention of the crowd. Tight funk grooves and psychedelic improvisation was the theme of the evening, and not a single person was standing still.

The band played like they have been together as a unit for a long time, and the new songs such as "Babyman" sounded great live. I'm very much looking forward to hearing the new album in its entirety and watching how these guys grow as a band moving forward. The album is scheduled to be released on March 13, 2020. These guys are doing a tremendous job carrying on the legacy and music of Neal Casal. Looking back on the performance, you will recognize that Circles Around The Sun was not built around a single musical genius but was comprised of four exceptional musicians - Adam MacDougall on keys, Dan Horne on bass, and Mark Levey on drums.

If you are fortunate enough to live in one of the cities they are playing this tour, do yourself a favor and go see them. You will not be disappointed.

(The band has upcoming appearance in Washington DC on March 5, and Charlottesville, March 7.  See links below)

Click here to see the setlist for Circles Around The Sun's performance at The 8x10 on February 27, 2020 The Southern Cafe and Music Hall

Circles Around the Sun Bring Disco Psychedelia To Union Stage

Circles Around The Sun Perform at The 9:30 Club [Audio/Photos]