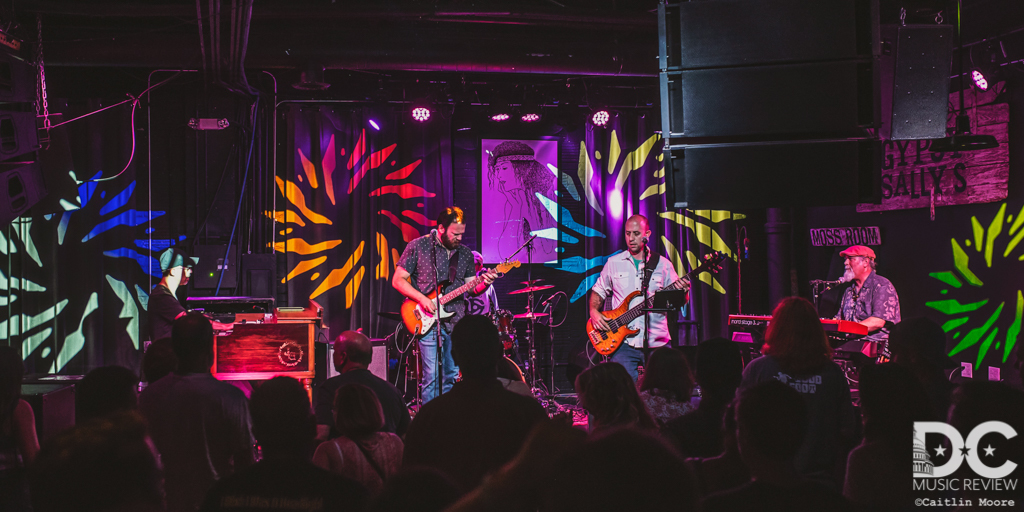 Baltimore favorite Cris Jacobs and Friends returned to Gypsy Sally's to pay tribute to Jerry Garcia during the 2018 Days Between on Thursday, August 2. The evening proved to be a joyous occasion, with many of the patrons having attended previous episodes of Jacob's special tribute to the late Grateful Dead guitarist. This time, he brought along a powerful band including Mookie Siegel (keys, vocals), David Markowitz (bass, vocals), Ed Hough (drums) and John Ginty (organ) .

The first set focused on Garcia's work with the Dead, beginning with the classic 'Bertha' opener followed by a heartfelt 'Mississippi Half-Step Uptown Tdodeloo.' The band's impressive vocal harmonies were on display during 'Brown Eyed Women,' with the Gypsy Sally's crowd engaging in a raucous singalong. The band was rocking early as Jacobs shone on Johnny Cash's 'Big River' with some impressive guitar licks before slowing the pace for a tasteful Althea. The crowd-pleaser combination of 'Help On the Way' > 'Slipknot' led to a  bouncy 'Crazy Fingers.' The set closed with Chuck Berry's 'Promised Land,' pleasing the crowd before the break.

Set II began with an extended 'Eyes of the World' before a powerful 'Mission in the Rain,' and a turn to several tunes from the Jerry Garcia Band playbook. The following trio of 'Don't Let Go,' 'Evangeline' and 'Standing On the Moon' covered the spectrum of sound and emotion and the crowd was feeling it. 'Scarlet' > 'Fire' followed as smiles flowed throughout the room, the band included. A funky 'Shakedown Street' closed the second set before a rousing encore call that had Jacobs thanking all in attendance. The band closed with 'Going Down the Road Feeling Bad,' but Cris Jacobs and Friends ensured that dedicated Deadheads left with nothing left to do but smile.

Click here to see the setlist for Cris Jacobs and Friends performance at Gypsy Sally's  on August 2, 2018.

Help On the Way >

Eyes of the World

Mission In the Rain

Standing On the Moon

Fire On the Mountain

Going Down the Road Feeling Bad