DC’s AZTEC SUN Opens for Galactic at The 9:30 Club 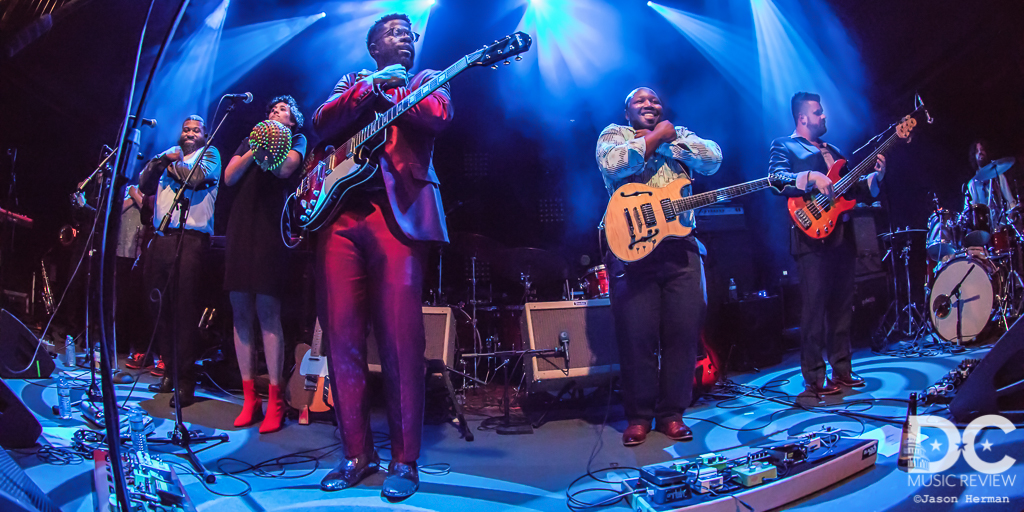 Late last year, Galactic announced they would perform another two-night run at the 9:30 Club on February 15 and 16, 2019.

Although Galactic are legends of funk and based out of New Orleans, they have solid roots in Washington, DC, making this upcoming performance a hometown reunion show of sorts. Guitarist Jeff Raines and bassist Robert Mercurio grew up a stone's throw away from the venue in Chevy Chase, Maryland. Although Raines and Mecurio have since made their homes in New Orleans, we will always be happy to call these masters of funk one of our very own.

Last years performance was a two-night funk-a-polooza in which the second night sold out. Night two featured DC's very own AZTEC SUN. This marked AZTEC SUN's first appearance at the 9:30 Club. Their "funk with soul" sound and energetic stage performance truly won over many new fans who were wowed and curious. Between acts new fans could be heard audibly inquiring, "where is this band playing next? I want to see them again!" Both High & Mighty Brass Band and AZTEC SUN are opening for the upcoming show.

In the year since their last appearance at the 9:30 Club, AZTEC SUN, worked with Alan Evans of Soulive to record their debut full-length album In The Name of Everyone.

With new songs in their catalog, more touring under their belt, and another year of experience, we expect another memorable performance for AZTEC SUN.

DC Music Review has the full confidence that Saturday's show will SELL-OUT a second year in a row. We recommend that you purchase a using the link below before it is too late.

If you haven't heard AZTEC SUN's latest album be sure to listen below. Be sure to purchase CD's at the 9:30 Club's merchandise stand. AZTEC SUN has some very limited edition vinyl editions, however we are not sure if they will be sold out before the performance.