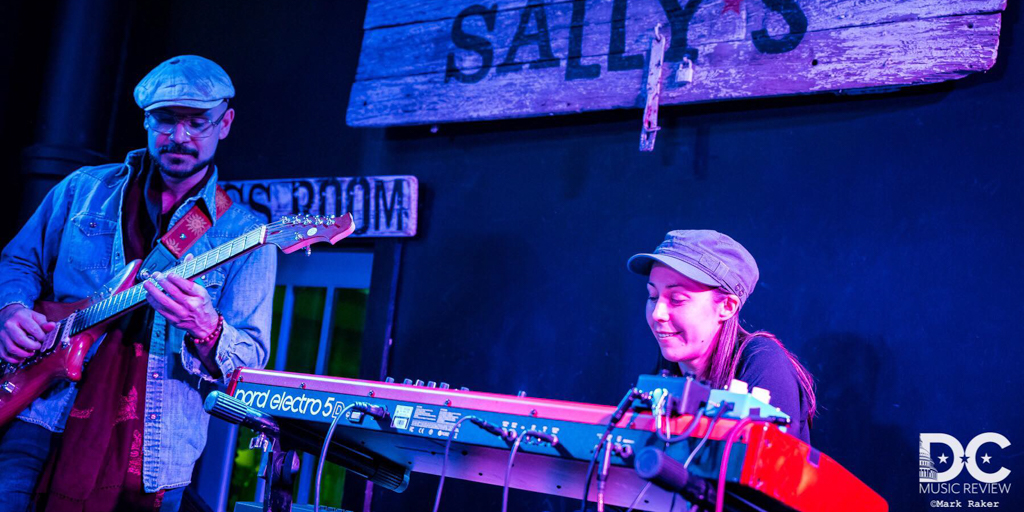 DC Music Review is giving away a pair of tickets to see Ghost Light, Tuesday, April 17 at Gypsy Sally's, with Virginia's own Threesound opening the show. To win the tickets, 'Like' our post on Facebook, share it, and tag a few friends in the comment section. We'll announce a winner on Monday morning (April 16, the day before the show). Foregoing current tradition, rather than initially focusing on live shows, the band played together for the first time in a recording studio in Philadelphia. This decision gave the band the ability to come to the project with fresh ears and without pre-conceived notions. They developed songs as they forged their musical communication which led to trust, creativity and an adventurous take on the process. Scotty Zwang explained it thusly, “It’s a unique and interesting approach we get to take... we are being patient with each other and figuring out what the song needs.”

"It’s a unique and interesting approach we get to take... we are being patient with each other and figuring out what the song needs.＂ Click To Tweet

"Having played with everyone involved in a live setting before, I had a pretty firm grasp of what we all brought to the table and it was exciting,” says Tom Hamilton. "There is a wonderful freedom that comes with knowing that you don't have to carry the entire load over the finish line. So when Raina and I were workshopping ideas to bring to this new band, we felt super comfortable going in any direction, knowing that with our new bandmates, the songs will get to where they needs to go. And in the live setting, that confidence is just as strong.”  While the recording project has been the beginning point for Ghost Light, the live experience is what will define this band. “In the parts of the sessions where we have had a little more room to just let things go, there have been these little glimmers of what the improvisation will feel like live. That’s a whole other thing and it’s very exciting,” notes Holly Bowling.

The first half of 2018 will see the band playing major venues in major markets coast to coast, followed by heavy rotation on the festival circuit. The debut record will be released in the second half of the year and will be supported by an extensive tour. In 2018 you will get to know Ghost Light, and their future could not be brighter.

TICKET GIVEAWAY! @DCMusicReview is giving away a pair of tickets to see Ghost Light at Gypsy Sally's on April 17th! Click To Tweet