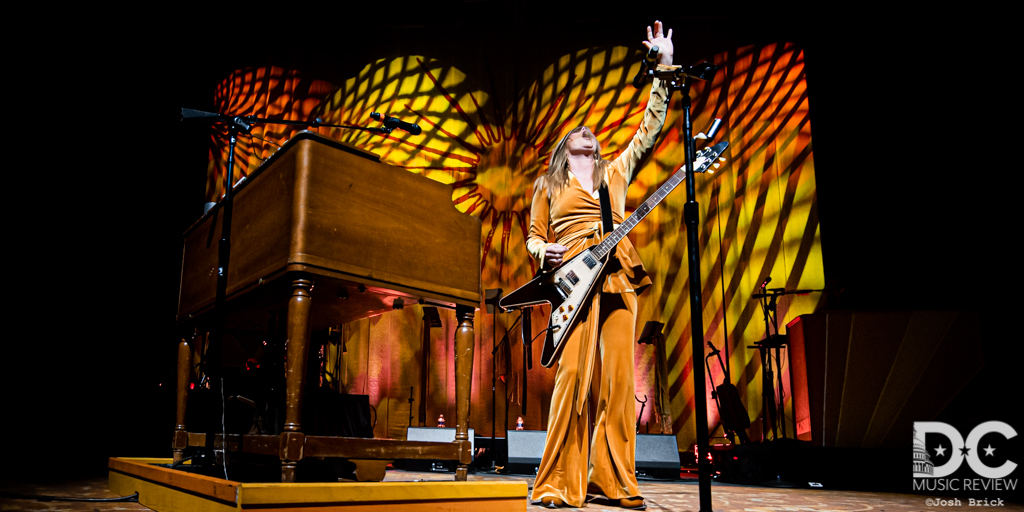 Grace Potter returned to DC for the first time in four years and she more than made the most of it. On Saturday, January 25, The Anthem became Grace's "Rock and Roll Church," sharing her love for music with thousands of adoring fans. She owned the stage, fronting her talented new band, The Daylights, for a set that featured  mix of new songs, older hits from her time with The Nocturnals as well as material from her solo career.

Potter possesses a stunning stage presence to go along with her beautiful, booming voice that commanded the attention of the audience for two hours. Her set included the perfect blend of rockers ("Turntable, "Medicine") and heartfelt, personal songs ("Empty Heart", "Repossession") that put her soul and emotions on display for all to see. It was a joy to see an artist perform with such honesty and it was clear that Grace felt a certain freedom on stage on this night. The crowd responded in kind, vocalizing their gratuity with great fervor.

One of the many highlights included a beautiful rendition of Etta James' "I'd Rather Go Blind," welcoming opener Devon Gilfillian to perform the tune as a duet. After closing the set with "Nothing But The Water" (Parts I +II), Grace returned for a meaty trio of "Stars," "The Lion the Beast the Beat" and her 2010 hit, "Paris (Ooh La La)," leaving the roaring crowd begging for more. Potter obliged and returned to the stage by herself  for her final song, "Release," on the piano. The crowd showed the respect the performance demanded, remaining silent as Grace shared her heart and voice with us one final time. It proved a fitting conclusion to a masterful and emotional performance. Grace Potter released her love and passion with DC on a night we won't soon forget. Click here to see the setlist for Grace Potter's performance at The Anthem  on January 25, 2020