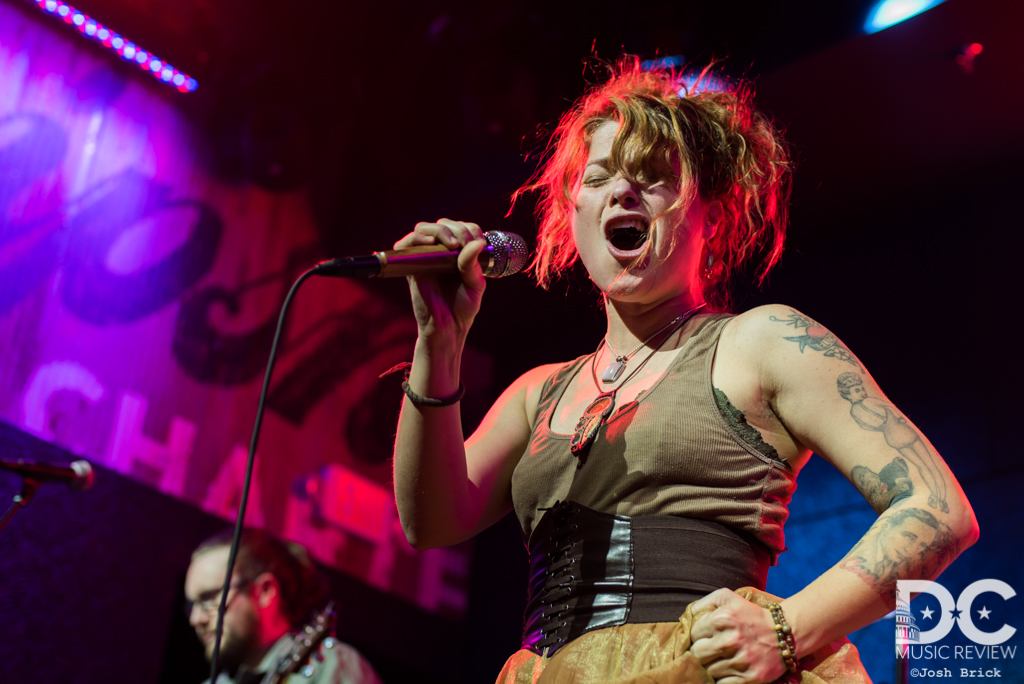 Hayley Jane and the Primates returned to DC last Thursday, headlining at Pearl Street Warehouse, the new venue by the Wharf. When last we saw them, it was Halloween weekend and they came as "Jenny and the Gumps."

Hayley Jane and the Primates have been riding a wave of success this year, bringing in glowing reviews,  finding tighter harmonies, and playing with jams more. This show was a strong display of just how good they are, and why Live for Live Music said, “This rising star has got the “IT” factor. She has deeply soulful pipes and vocal range topped off with a mesmerizing stage presence.”. What makes these shows so much fun to watch is the band's confidence and exuberance that is downright infectious. This isn't your average concert. Their shows are jam-packed with personality and emotion, creating a spectacle that is both exceptionally entertaining and deeply moving.

They opened the show with two songs you won't find on either of their albums, "In My Mind" and "We Found Out," before moving into a version of "I Can Do It (Poo Jam)" that got a bit spacey before coming to a powerful close. Gina Sobel of Choose Your Own Adventure, who opened the show, joined them on flute for "Make it Alright," a song that has become a consistent jam vehicle for the group and one they seem to enjoy bringing other folks in on. Towards the end of the night they treated the audience to a cover of David Bowie's "Magic Dance." And for the encore they brought out "Man Acrylic" and "To The Moon," with teases of Billie Holiday's "Blue Moon" and Tony Bennett's "Fly Me to the Moon."

We've got audio below of Choose Your Own Adventure's opening set. Make sure to check out "Spoiler Alert" and their set closing cover of Vulfpeck's "Back Pocket." The former will be on a new album they just laid down some tracks for this week. We're expecting it to be released in the coming months, so be sure to keep an eye out for that.

And for those of you going to YEMSG, Hayley Jane and the Primates will be doing a pre-party at the Cutting Room. They're doing a tribute to the 90's called "Party of 5" so get your tickets because that is sure to be a blast.  And you can find their latest album, We're Here Now, on iTunes and Spotify.

Check out photos of the show by Josh Brick Graphics: