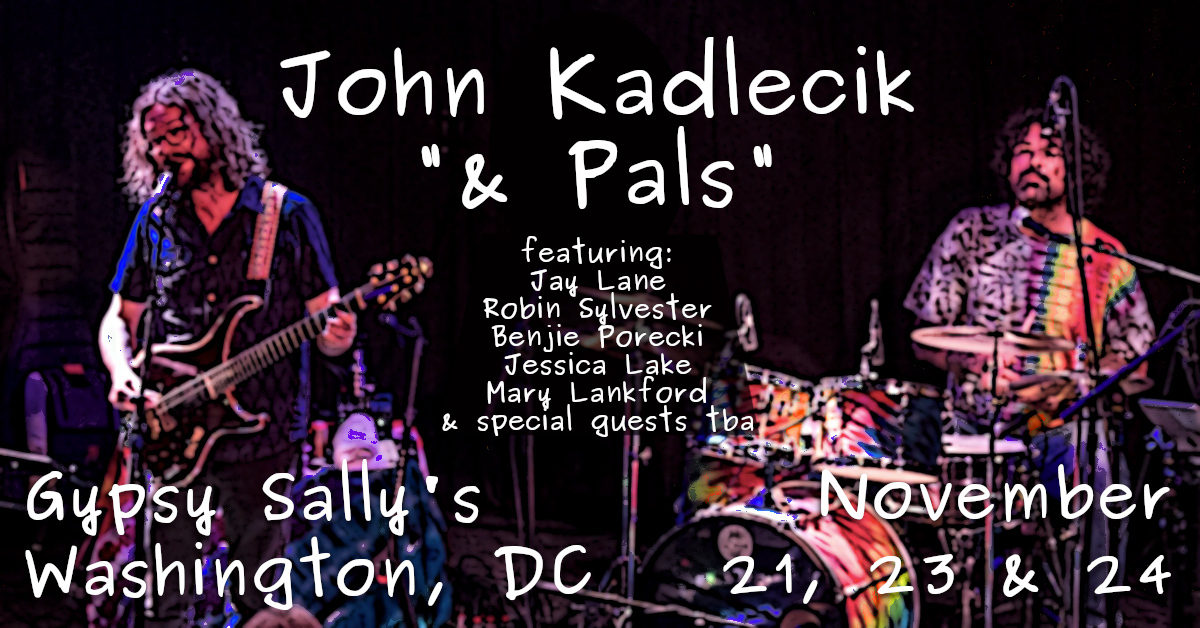 There are two things that John Kadlecik is very known for throughout the DMV - his Grateful Gospel appearance with Keller Williams at the Lockn Festival and his annual Thanksgiving Run at Gypsy Sally's in Washington, DC.

This year Kadlecik returns with "John Kadlecik & Pals" featuring Jay Lane, Robin Sylvester, Benjie Porecki, Jess Lake, and Mary Lankford. This superstar group features most of the lineup that appeared at this year's Summer Solstice Run by Kadlecik. The Summer Solstice performances were considered by many to be among Kadlecik's most powerful and impressive performances in recent memory. Based on this band's last performance at Gypsy Sally's we can only imagine the energy John Kadlecik & Pals will bring this Thanksgiving.

Be sure to attend the first performance as it is a benefit for the D.C. Central Kitchen with $10 of each ticket going towards this excellent local charity.

To learn more about D.C. Central Kitchen please click on the following image or link.