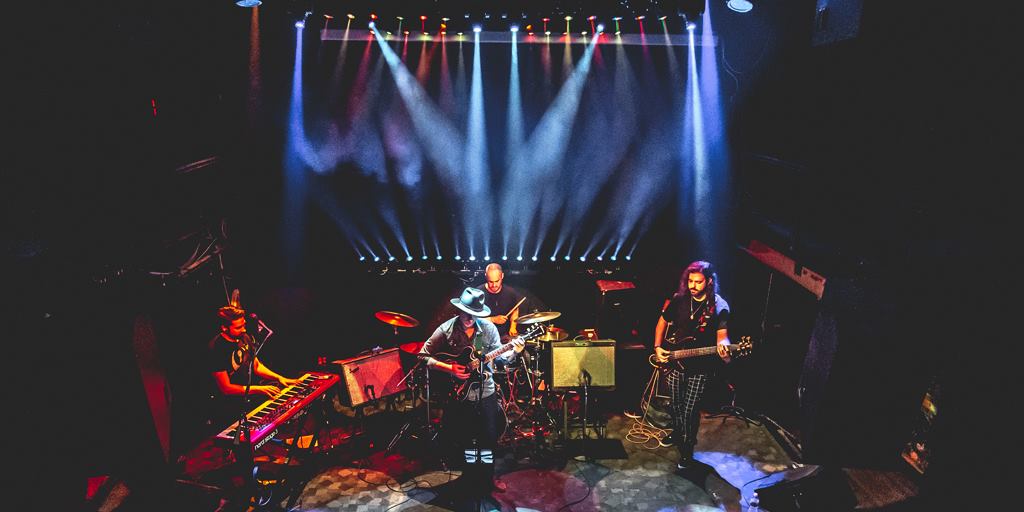 Jordan August Band started in 2013 as a way to add some life to the sound of Jordan’s acoustic writing. Fast forward to the present day. JAB (for short) is now a collective of his friends from other bands, friends that have now brought a new life to the songs and a live show that Jordan always wanted to create. The band features, Jon Brady (Electric Love Machine, Psycho Killers), Nathan Shulkin (Squaring The Circle) and Alex Lang (Electric Love Machine). These four guys have a sonic sound that pushes the boundaries of Jordan’s folk style or writing. After the first few shows, the band took flight letting each song have its own place in the set. Once the residency solidified, the performers were presented with an even more significant challenge - not repeating originals songs and creating five nights of unique live music. The band created and evolved five unique themes - Jam Bands, Motown, Paul Simon, Baltimore Bands, and the  Grateful Dead. Each night was completely different. And each night, the band encored with 'Tweezer Reprise' by Phish, pulling in the JAM theme into every single show. Jordan and all the members of the bands have been around the Baltimore music scene for quite some time. So it was no surprise when each night had some sort of surprise special guests, including, Baltimore superheros, Jeremy Schon and Ben Carry of Pigeons Playing Ping Pong. Mark Brown, Kenny Liner, and Patrick Rainey of The Bridge made an appearance as well as Jon Wood (Electric Love Machine, Psycho Killers) playing the part of Jerry Garcia on there Halloween Grateful Dead Night.

A residency was an ambitious move for the Jordan August Band and something that they never thought they would do. With a subtle push and the supportive words from 8x10 owner Abigail, the band gladly accepted the prestigious move of taking on a five-week residency. Jordan said, “ when I excepted the residency, I didn’t realize that there were five weeks in October.” All this added challenged did motivate the songwriter to create something special with his band of heavy hitters. And Jordan did just that - create! The longest song of the residency landed on Halloween during “Deep Elem Blues.” A whopping 32 minutes of experimental sound and journey through the band.

The Jordan August Band has some fun shows coming up in Baltimore and Washington DC. DC Music Review strongly recommends seeing this band live and experiencing the band and their stage performance for yourself. Each residency performance is available for download on Jordan August's Bandcamp page. Please support Jordan August by donating for each download.