Riding A Wave Of Success, Bryce Vine Returns To DC This Thursday Evening 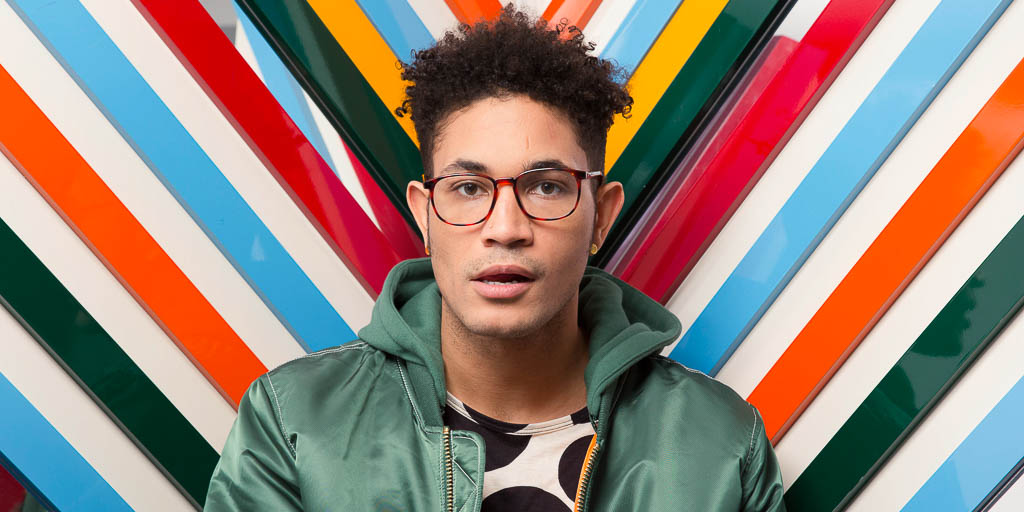 Bryce Vine is bringing emotion back to mainstream music...and boy is it working.

The NYC born, LA bred rapper has created quite the buzz with his latest single, "Drew Barrymore". With over 53 million streams and praise from media giants such as Time, People, and Complex, the deceptively simple ear worm embarks on a deeper mission: describing one's love for an individual without calling attention to their physical attributes.

Slated to open for MAX at the 9:30 Club this Thursday, November 8, Vine most certainly holds his own.  Fresh off of a performance at the VMAs pre-show, Vine was also recently featured as Pepsi's Sound Drop artist...and is their most successful of all time. To top it all off, he's enjoying this success prior to the release of his debut album.

Read our interview below to learn who Vine has on his radar (one of them is a George Washington University alumni!) and how he's taking his live set up a notch.

AM (Ana Medvedeva): You just got back from Europe! What was your favorite stop when you were there? Do you have a country on your bucket list that you’d like to perform in?

BV (Bryce Vine): Paris is just a beautiful city,  every street corner has charm...and the food is incredible.  Italy and Greece are next on my list.

AM: Last time you were in DC was in 2017, you played Songbyrd (one of my favorite venues in DC). With the ‪9:30 Club being a larger venue, is there anything you change when prepping your performance to account for that?

BV: We have a drummer now, Al.  So the show is just on that much higher level of energy!

AM: I know that you wrote Drew Barrymore, your most successful single, with the goal of focusing on expressing your love for a woman without calling attention to her physical traits—which in my opinion makes for a very intellectually stimulating, multi-layered product.

With your new album coming next year, did you approach writing other songs with a challenging creative concept as well? If so, what was one of the most exciting ones?

BV: Well thank you for that compliment, ha!  There is a song called “You” that I think is very special.  It is a love song, but for anyone...parents to their children, boyfriend to girlfriend,  I think it will end up being played at many weddings.

AM: You recently got in the top 10 of Billboards Emerging artists chart, which I’m sure you’re stoked about. As someone who is rising in the music scene, who in your opinion should DC Music Review have on their radar?

AM: Is there anything you have on your list as a must do when you’re back in the nation’s capital?

BV: DC is a just a wonderful city to explore.  I’ve done so many times in the past...it inspires me.

AM: If you could play just one cover song during your set for the rest of your career, what would it be?

BV: “Paper Planes” by MIA.  I also do a pretty fun reinterpretation of “Beverly Hills” by Weezer.