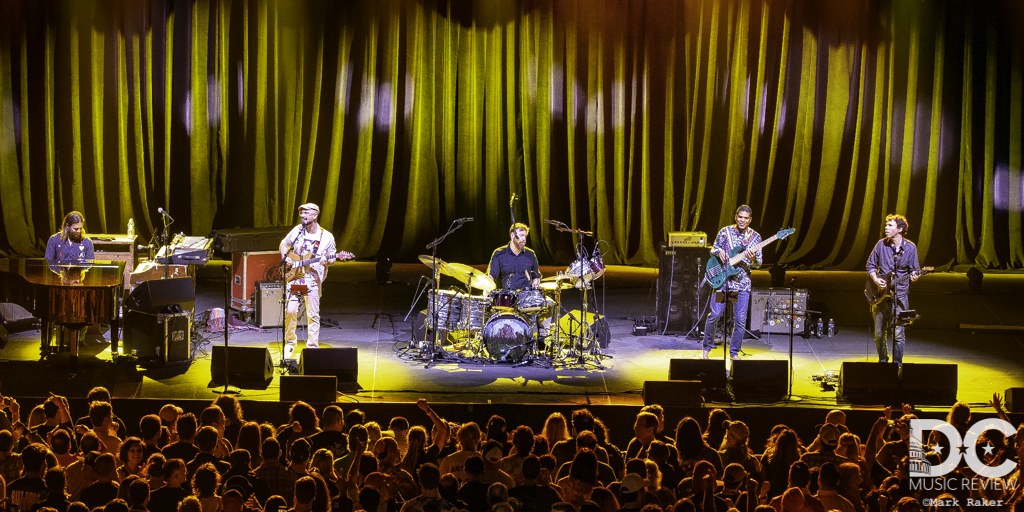 Joe Russo's Almost Dead (JRAD) took over The Anthem Saturday night, October 20, tearing down the house and leaving the DC jamily celebrating one more Saturday night.  This was a highly-anticipated show with hometown legend Oteil Burbridge replacing Dave Dreiwitz on bass as they rocked, drawing thousands to The Wharf.  Coming to the Nation's Capital after two nights in Pennsylvania, there was a sense of pride as concert goers watched one of our own kill the bass guitar with the greatest of ease. The setlist was strong and with only a couple songs coming in at under the double digit numbers in length, fans were treated to some super extended versions of forever favorites.  The length of the line to get in prevented a few from catching the first song but fortunately, the nineteen minutes of purity that are 'Eyes of the World' means that most of us were greeted by inspiring thoughts to start off what was sure to be a feel good night.  The first stanza also featured a powerful 'Let It Grow' and a rousing take on 'China Cat Sunflower > I Know You Rider' to the delight of the crowd.

The second set included the apt 'Throwing Stones' followed by a beautiful 'High Time' that featured Oteil on vocals. JRAD fans were ready for whatever came their way but it's easy to say that every mind was blown when the band played what seemed to be a never-ending, full version of 'Terrapin Station' suite , lasting longer than most TV sitcoms and ending the second set with one for the books.

A short break before JRAD came back strong with 'U.S Blues' and of course, the appropriate 'One More Saturday Night'  which, just seemed to leave the crowd wanting so much more and had nearly everyone in the venue shouting.  This was a strong debut for JRAD's first show at The Anthem.

Click here to see the setlist for Joe Russo's Almost Dead performance at The Anthem on October 20, 2018