Keel Your Face: Larry Keel and Company Throw Down in Richmond 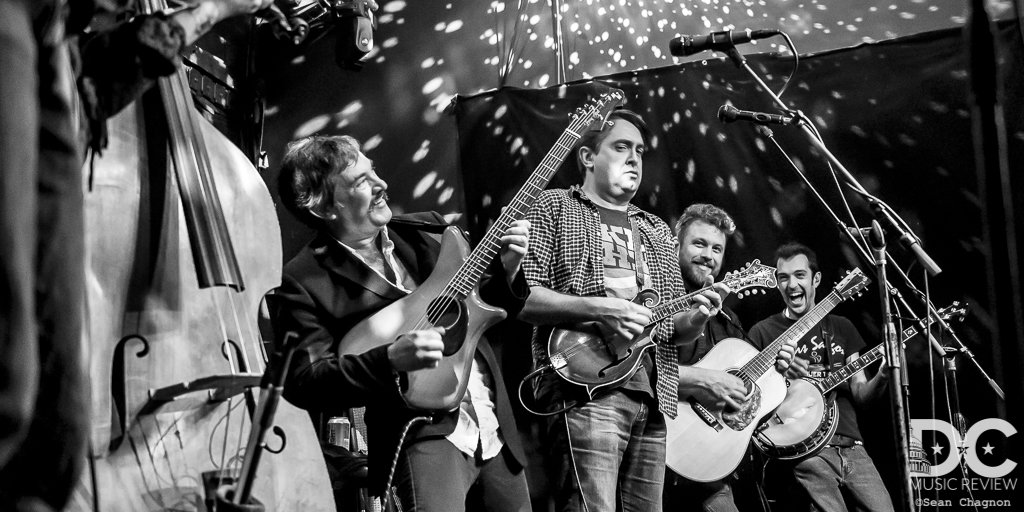 Bluegrass music has a deep history deeply rooted in very traditional values.  Over the years there have been many groups that have stuck to the original formula, but there are many others who have very successfully taken it in a different direction. Larry Keel is one of the latter and has left a lasting mark in the music world with his particular twist on traditional string bands. Larry started picking guitars at the age of seven and quickly became immersed in the music scene. At 18 years of age, he found himself in Japan performing as a contract musician at Tokyo Disneyland. After a year of that, he returned to the states and formed Magraw Gap, a “progressive string band,” who were awarded gold in many bluegrass band competitions along with Larry’s own personal first place finishes in multiple Telluride Bluegrass Festival guitar competitions. His talent is widely recognized throughout the music scene and he has shared the stage with a multitude of acts from bluegrass greats like Del McCoury and David Grisman to prog rockers Umphrey’s McGee. For the lucky audience at The Broadberry in Richmond, Virginia, Larry brought some serious talent to share the stage with that night: Jon Stickley Trio and the Jeff Austin Band. Jon Stickley Trio started the night off with their unique instrumental stylings. Jon’s lightning fast flatpicking coupled with Lyndsay Pruett’s sweet fiddle harmonies and Hunter Deacon’s flawless drumming that kept time with the countless stops/starts and rhythm changes made for a mind blowing start. The Asheville trio gave the crowd 45 straight minutes of uncategorizable tunes that have roots in bluegrass, rock, classical, jazz, and metal with a bit of a gypsy feel sprinkled in for good measure. Jon and Lyndsay’s chemistry on stage is a sight to see. Their ability to seamlessly pass the lead back and forth is just as impressive as their synchronization when tearing through licks. Jon slipped quite a few teases in throughout the set including “Thunderstruck” by AC/DC into “Blackburn Brothers” which he told the crowd he had written with his brother in Carolina Beach, NC, and named it after the seafood spot they had been at that day. This group is a prime example of why you need to get to the show on time, because they are a must-see act. Up next was the Jeff Austin Band. Jeff is well known for his stint in Yonder Mountain String Band, but parted ways with them in 2013. Luckily, his hiatus from music was short lived and it wasn’t long before he got back on musical train. Austin’s band, while rooted in the string band sound, definitely has the rock’n’roll spirit. Songs can range from funky to twangy to dark, and no matter the mood of the song, Austin is putting every ounce of energy into them on the stage. His support are no slouches either. National Bluegrass Banjo Champion Kyle Tuttle brings some serious skills to the band. His mastery of the instrument is a truly impressive sight (and sound) to behold. Jean-Luc Davis holds down the low end and can thump out one heck of a bass solo. Guitarist Mike Robinson finishes off the quartet with some serious picking skills. Each and every one of these guys have a great stage presence and sport ear to ear grins from the start to finish of the set. The Larry Keel Experience took the stage last and they finished it off with a bang. It was a bit of a mellow start, but it ramped up quickly into a rager with the band and the crowd shakin’ what their mommas gave them when Larry turned to mandolin player Jared Pool and hollered off mic, “Hit ‘er, Boy!” and he tore into a solo. Bassist, and spouse of Mr. Keel, Jenny Keel had the lower octaves covered and was all smiles through their set. How could you not be when touring the country with your best friend? Keel’s psychedelic bluegrass had the crowd hooked from the first notes and crowd favorites like “I’m no Doctor” and fun covers like Rod Stewart’s “Stay With Me” crooned by Pool made the night slide right by. Before the crowd knew it, the Keels and Pool were saying their thank yous, but told everyone to hang tight for a little jam session. The only thing little about the session was how much open space was left on the stage. Members of all three groups came out and played a two song encore to really bring the house down. With each person getting solo time and everyone throwing licks back and forth, it was truly beautiful anarchy on stage. The night was wrapped up with a cover of John Hartford’s “Up on the Hill Where They Do the Boogie” which was the perfect nightcap before hitting the road. The energy these bands bring a room is hard to match. Keep an eye out for these talented acts as they are making their way to a venue near you!