Kim Petras Proves Herself As the Next Princess of Pop 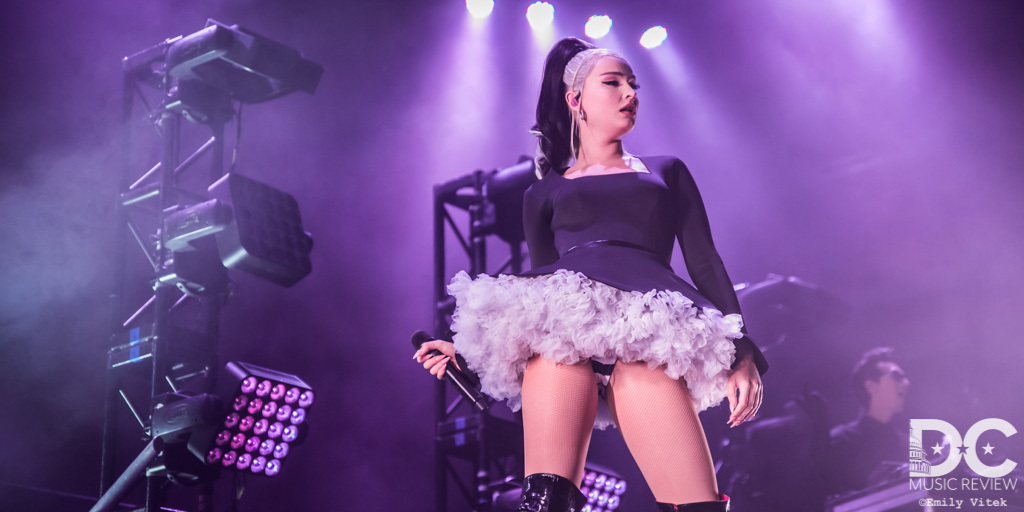 Rising pop singer Kim Petras has been making a name for herself in the music industry, all while staying true to herself and her values. The 27 year old German singer, who was bullied growing up for being transgender, has since become an icon in the LGBTQ community. She has been making moves in her career, with two album releases and two tours this year alone. Just a few months after her sold out performance in June, Petras stopped by the Fillmore Silver Spring last Wednesday as a part of her North American “The Clarity Tour”. 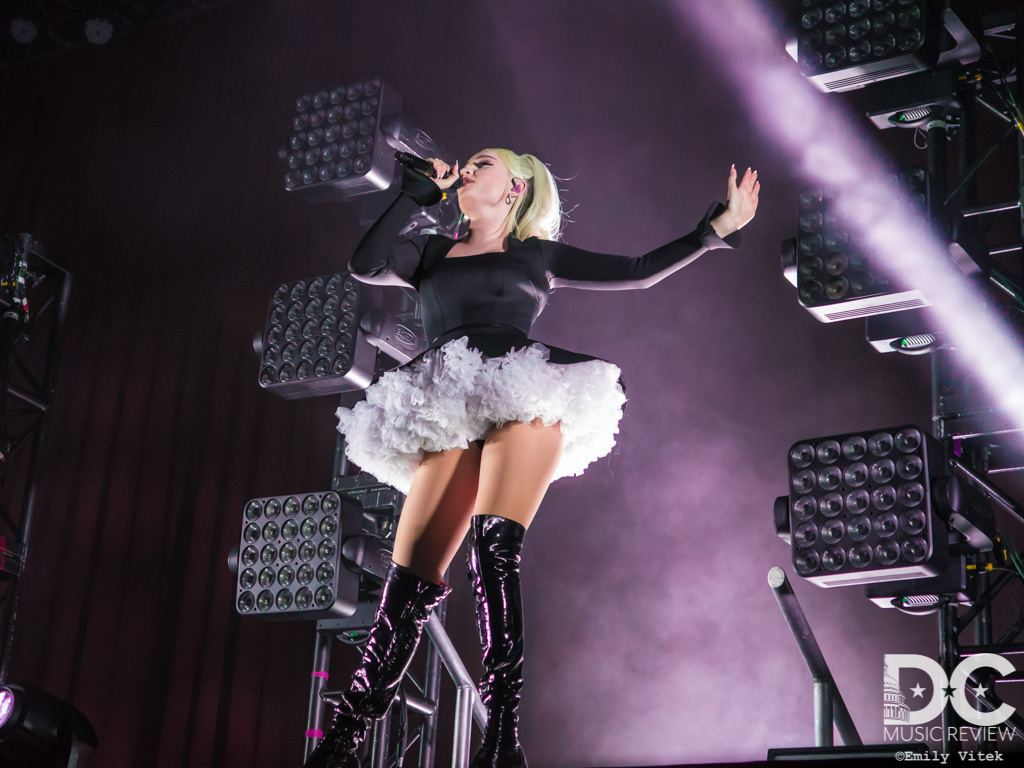 Petras made her entrance to the stage rocking a white tutu and black high heeled boots, which would be just one of her many outfits that evening. Starting the evening with the title track from her June album Clarity, fans sang along with Petras to the catchy lyrics about not caring what other people think.  Next up she performed a few of her older songs, including the hits “Got My Number” and her 2017 Dr. Luke produced single “I Don't Want It At All”.

Moving from lighthearted songs about boys to those off her Halloween inspired album Turn Off the Lights, Petras took a quick intermission to trade in the tutu for a Britney Spears’ “Oops...I Did It Again” inspired red bodysuit. Although Halloween was a few weeks ago, fans still enjoyed darker themed songs from the concept album including “There Will Be Blood”, “Massacre”, “Death By Sex”, and “Close Your Eyes”. Switching into a baggy t-shirt, Petras put a pause on the high energy to perform a low-key acoustic cover of “Human” by The Killers. Petras explained that the hit song left a lasting impression on her when it was released in 2008, even though she did not know much English at the time. The crowd held their lit up phones in the air and swayed back and forth as Petras displayed her vocal prowess. After a brief break in the theatrics, Petras revealed her final outfit of the evening, a shimmering gold bodysuit, and ended the evening with more of her dance tracks. Two popular songs off Clarity, “Icy” and “Do Me”, were performed before Petras ended with a double encore of “Heart to Break” and “Sweet Spot”.

“The Clarity Tour” will continue west and stop in cities such as Chicago, Denver, and Salt Lake City before ending in San Diego early next month. This has been a very busy year for Petras’ career, and we look forward to seeing all she accomplishes in 2020!

Click here to see the setlist for Kim Petras' performance at The Fillmore Silver Spring on November 20th, 2019

9. There Will Be Blood