Kimbra Talks Self Care, Cross Country Moves, and Her Favorite Spot In DC 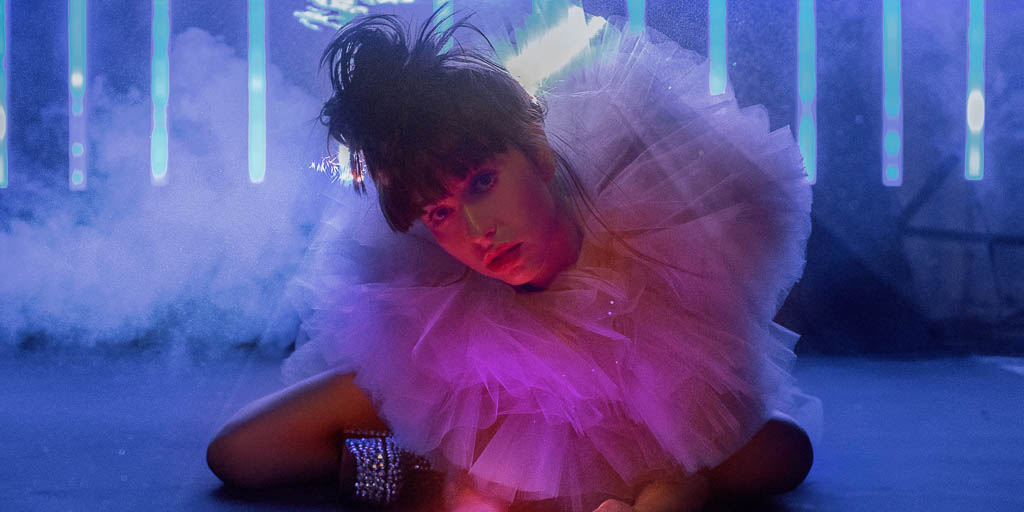 Kimbra is most certainly more than just somebody that we used to know—and she's coming to Sixth & I in D.C. this Thursday, December 6 in support of perhaps her strongest body of work yet, Primal Heart.

The New Zealander initially made her splash onto the mainstream music scene in 2011 when she featured on Gotye’s "Somebody That I Used to Know" and quickly cemented her success the following year with numerous late night show performances.

Seven years later, a lot has changed for Kimbra—I chatted with the artist as she relaxed at a resort in Fiji (my locale was a bit less luxurious in Arlington, VA) to get the scoop on what spurs her cross country moves, the importance of self care whilst on tour, and how her surroundings affect her writing process.

I wanted to touch on the fact that you just wrapped up a run of shows in Australia, which is definitely much closer to where you’re from in New Zealand. How did it feel to be back performing closer to home?

Kimbra: This tour actually included performances in my homeland and well as performances in Australia, where I’ve lived for many years. It was great—David Byrne is a huge idol for me and my band, and then to also be celebrating a tour back home was like a double whammy!

I think the highlight was getting to spend lots of time with David, because he’s such an amazing artist to learn from. We played arenas on this tour, so it was a bit different to what we would usually do.

That’s awesome—did you find that the crowd was any different from those in the US or anywhere else abroad? Kimbra: American crowds tend to be more vocal than Australian and New Zealand crowds, just because culturally there’s a bit more energy there.

I’m excited to get to performing for my American fans again because they’re always so interactive with me, which is always a lot of fun.

Speaking of traveling, I know that you’ve moved to a lot of countries and lived in different spots. Was there a catalyst for your move from Los Angeles to New York?

Kimbra: As an artist, it’s important to be feeling like you’re slightly out of your comfort zone. I think I had a deep desire to...connect. I found that after awhile, LA allowed for me to be quite internal and sort of stay in a bubble.

I wanted to be able to directly witness the experiences of humans in New York. So the catalyst was really a personal longing and sense of needing to be in a place where I don’t have to pretend about things. I can just be really real about what I’m going through because everyone is hustling.

When you spoke to your catalysts being growth and maturity, it made me think back to your discography and how it reflects that. Specifically in the sense that you have a lot of musical genres weaving in and out throughout the years, which I'm sure is a result of your surroundings. Have you found that in locations that are warmer your music takes on a different vibe than in colder climates like New York?

Kimbra: Personally, I’m a winter person and I like being in cold weather! I really like being inside and warm when it’s cold outside; I think it’s really good for creativity in the sense that you’re going to be inside and you have to be creative because there’s not really anything else to do.

I can definitely relate to that. I went to school up in Vermont and it’s...frigid up there. It’s nice because you get to focus on your schoolwork without too many distractions. Do you see yourself moving around throughout your career to keep yourself stimulated in that sense?

Kimbra: There’s definitely an energy around making music in a hot country as well, because you get a sense of playfulness and a carefree feeling where people can just swing by the studio. You can take breaks to go to the beach and just hang out, but I find that for me, I spend more time in the studio and can achieve more when it’s cold outside and I’m not distracted to go out [laughs].

Switching gears a little bit, you’ve had the chance to collaborate with some pretty influential artists, from Snoop Dogg and Skrillex to Gotye. How do those collaborations influence your writing process, whether it be in the moment or even later as you write?

Kimbra: In the moment it’s of course a big influence because I’m responding to the energy of the artist. In terms of the impact afterwards, I think you find that you reach people you wouldn’t have normally. The kinds of people who listen to Skrillex music might not be the kind of people that thought they would like what I do...and then they find that they do!

Of course the Gotye song opened my name and music to a huge audience [laughs]. I don’t think it necessarily changes your vision because to me that’s something that’s so internal and people can have an impact on that but I’m still very much the driving force of where I’m going and what I’m doing.

These collaborations often allow me to get new perspectives and reach a wider audience than I’d normally be able to.

Do you have anyone that you’re just dying to collaborate with?

Kimbra: Probably the New York Philharmonic Orchestra or something like that. Of course I want to work with Kendrick Lamar and all these amazing artists, but the collaborations that are most exciting to me now are the ones that are less expected and more left centered. I have a feeling that would draw something out of me that I was never expecting.

At DC Music Review, we write a monthly feature that highlights people we should have on our radar. Who has been on the rise in your eyes?

Kimbra: I think Mistki is pretty incredible. She’s a friend of mine and she’s also from New York.

She was just in DC actually!

Kimbra: Yeah! I just love her new album, I’ve been listening to it a lot.

On the pop side of things, Lennon Stella, who was on the show Nashville for awhile. I really dig her voice and she’s putting out some cool, interesting pop music that I think is worth looking out for.

Awesome—I definitely know of Mistki, but I’ll check out Lennon Stella and see if I should write up a feature on her! For touring in general, it’s seems like it’s super fun but also pretty taxing on your body and mind. How do you take the time to have self care for yourself? Kimbra: Well one thing I try to do is have some quiet time and meditate for 20 minutes just to center myself. I also engage in a prayer ritual that helps me feel connected to the spirit and those around me.

I need those moments because everything is going so fast and airports suck the life out of you [laughs].

Is there anything you do in between stops on tour to pass time and relax?

Kimbra: I try to get to a yoga class on a day off or go to get a little massage. These are the kind of things I give myself permission to indulge in when I’m on tour, because you’re right...it’s really exhausting on the body and you don’t have those creature comforts that help you to ground. You have to keep checking in and sometimes giving yourself a little bit of love here and there.

Do you have anything you’re looking forward to in DC that play into your self care?

Kimbra: Yeah! I really enjoy taking long walks around DC. I went for a big run there, around...the lake?

Kimbra: Yes! I love that area. The architecture is also stunning and so interesting there; I think that’s a way that I restore is just walking and feeling part of a bigger story. DC is just such a prominent city in our world and it’s really restorative to just walk around and be a bit of a nobody and feel anonymous with all of the important people in the city.