Laura Gibson Begins US Tour at DC9, Stunning Audience Into a Cozy and Nostalgic Stupor 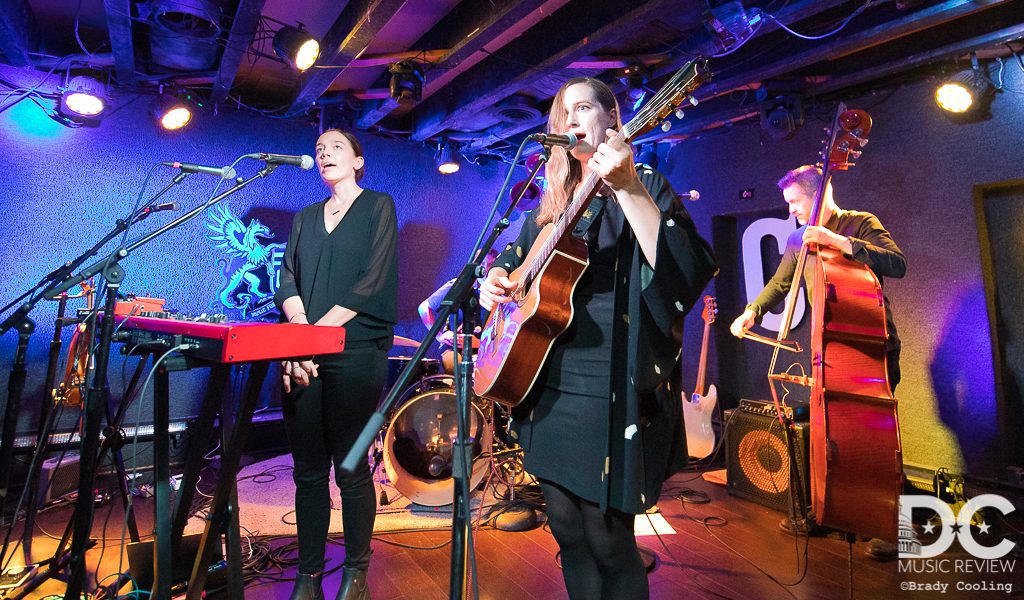 Although Laura Gibson’s show was a self-proclaimed "night full of challenges,” the charming multi-instrumentalist shone brightly, warming DC9 with her chilling vocals and ethereal instrumentals.

Fresh from a European tour, Gibson and her band had spent the previous day somewhere between Prague and Munich, where a key member of the band was lost in transit — their full size keyboard. However, despite the substitution with a smaller model and it being their first night with a freshly minted bass player, Gibson and her kind and talented band provided a cozy night with nostalgic music for longing lovers and lonely hearts. While promoting her latest album, Goners, in Europe, she quickly realized that there was no translation for the slang word “goners.” Accepting the fact that the heavily accented were destined to call her album “Goh-ners,” Gibson learned that the word literally translated to ‘the condemned”, joking that it was a, “bleak translation for a bleak album.” While perhaps bleak, Goners, among her other notable discography, is rich and well-crafted, with lyrics to make one think and reflect.

Introducing “Slow Joke Grin” as a “want song,” Gibson added that it’s typically “radical” for a woman to come outright and say “I want you.”

While that’s never been a problem for me personally, she accurately captures the exact weight you feel in your heart after being upfront with someone and it not necessarily going the way you intended:

But I'll keep on shouting from the fire escape
I'll keep shouting from a wife
And window from a bridge
From a field, from a ferry in the harbor
From the sole dark wound of a mountain

Gibson’s most recent album comes in harmony with her latest degree — an MFA in writing —and her lyrics truly reflect the growth she’s seen in school. She somehow so accurately conveys the human experience for the heavy, hard, but beautiful and fickle thing it is. Although she described art as an indulgence, it is a necessary one, a “worthwhile endeavor” that brings comfort and solace to many. Despite her exhaustion and heavy-handed jet lag that made her set the “loopiest [she’s] ever played,” Gibson was humble and radiant.

Before launching into a short encore, Gibson gestured to the green room, located past the packed crowd in the way back of the venue. Joking about the distance, she announced that she and the band were going to “sweep” themselves to the side of the stage for a brief moment before re-centering themselves onstage for their final two songs.

At times, Laura Gibson has a voice akin to Sharon Van Etten, the harmonies of First Aid Kit, and the heavy drums of Daughter, and yet, she is a completely unique entity.

Putting her entire being into her music, it is evident that her music comes from a place of self-awareness, respect, and a desire to live a full and deliberate life. Click here or on image to purchase Goners By Laura Gibson