Mike Gordon Performs At The 9:30 Club This Week 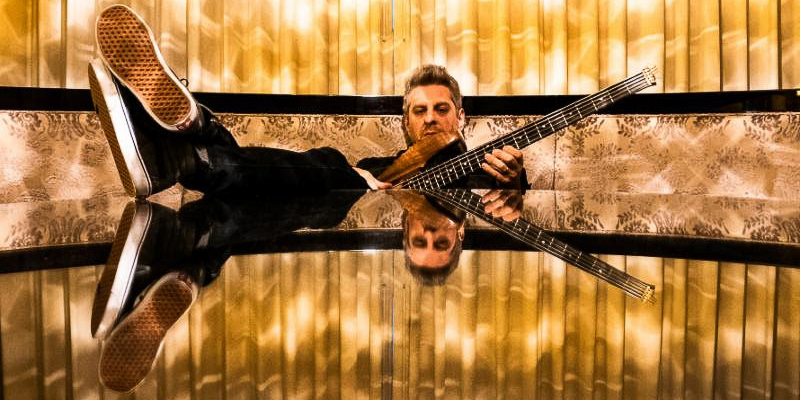 Mike Gordon has once again embarked on a month-long solo tour with guitarist Scott Murawski, drummer John Kimock, keyboardist Robert Walter, and percussionist Craig Myers. Gordon and his band embarked on their 11-night "Whirlwind" March 2019 tour on Friday, March 8, in Atlanta, GA.  This coming Friday, March 15, 2019, the band will appear at the legendary 9:30 Club in Washington D.C.

Gordon and his band are no strangers to the 9:30 Club having last performed there on March 4, 2014, and last appeared in Washington D.C. on November 26, 2016 only few blocks away at The Lincoln Theatre.

Mike Gordon and his band bring a truly mesmerizing and interactive experience to each performance.  Gordon temporarily puts his trusted Modulus Graphite bass aside and picks up his now familiar Visionary Instrument Moiré bass to entrance and delight the audience.

There is one thing that you can be sure of at a Mike Gordon show - expect the unexpected.  Musically Gordon is always providing musical bust out's including the rarely heard "Spocks Brain" while also expanding his live performance catalog that now includes Led Zeppelin's "D'yer Maker" on that made its debut on March 8th.  In years past glowing interactive sound devices have been passed through the audience or midi devices placed along the front rail. Each of these interactive creations allows audience members to collaborate with the band.

While Mike Gordon may be known as one of the more eccentric artists in the music landscape, he is ever so friendly and you may be surprised to see him come up and greet you before the show on the streets outside the 9:30 Club as he did several years ago outside the Lincoln Theatre. This performance also provides you an opportunity to speak to Mike as he signs tour posters after the show or offers to strum your forearm like he does his bass.

Bu sure to see Mike Gordon and his band perform a whirlwind performance at the 9:30 Club this Friday. Tour starts this Friday in Atlanta. Phish Returns to the Mothership: 3 Nights at Hampton Coliseum
Read More
About the author