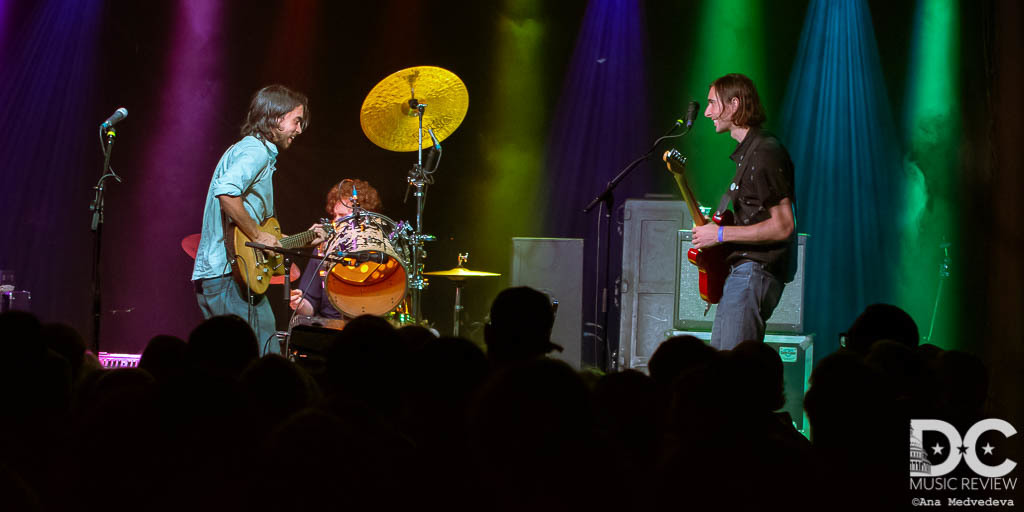 If you walked into a SANDY (Alex G) gig on a misty Sunday evening, you may be surprised when you’re greeted by a crowd of young adults who’s energy levels harken back to the last day of school.

Alexander Giannascoli, better known by the monicker SANDY (Alex G) or Alex G, used this enthusiasm to his advantage performing at The Broadberry in Richmond, Virginia last Sunday, August 12th.

Sauntering onto the stage alongside his bandmates to the 2007 classic, “Life Is A Highway” by the Rascal Flatts, Alex shyly asked,

“You guys know this one?”

The crowd replied with a chorus of cheers, creeping up closer to the stage with eager grins.

Launching into the performance, Alex and his bandmates played an eclectic mix of songs from his collection.  From Serpent Is Lord off his debut release to his latest work's Bobby, the audience sang and hopped around exuberantly.

The connection between the band and crowd points to why Alex brings such energy out on a typically mellow Sunday night. He doesn’t treat his fans any differently than his friends. While many performers would be slightly agitated with an audience member flinging a pair of sunglasses at them, Alex instead slipped on the bright blue, heart shaped glasses without the slightest hint of hesitation.

Highly amused by the move, the crowd giggled and whipped out their phones while the band jumped into the next number. Passing the new prop along to his bassist, Alex casually tucked his hair behind his ear and smiled at the audience and asked,

“Yo, are these like...special glasses? Like prescription ones? Everything looked so funky just now, I saw prisms and shit!”

Back to his full range of vision, Alex switched over to the keys. Rising from his seat during particularly intense lyrics, he poured every ounce of emotion into the performance.

As the night came to a close, Alex inquired about what songs the audience wanted to hear. Running the audience selected line up by his bandmates and the room, Alex demonstrated yet again his dedication towards purely focusing on the music, and in no sense creating a distinction between performer and audience.

Alex is currently on tour across the U.S., and will be coming to The Black Cat in Washington, D.C. this November 15th.