On Our Radar: Greyson Chance

Concert Reviews
On Our Radar
By Ana Medvedeva / February 28, 2019 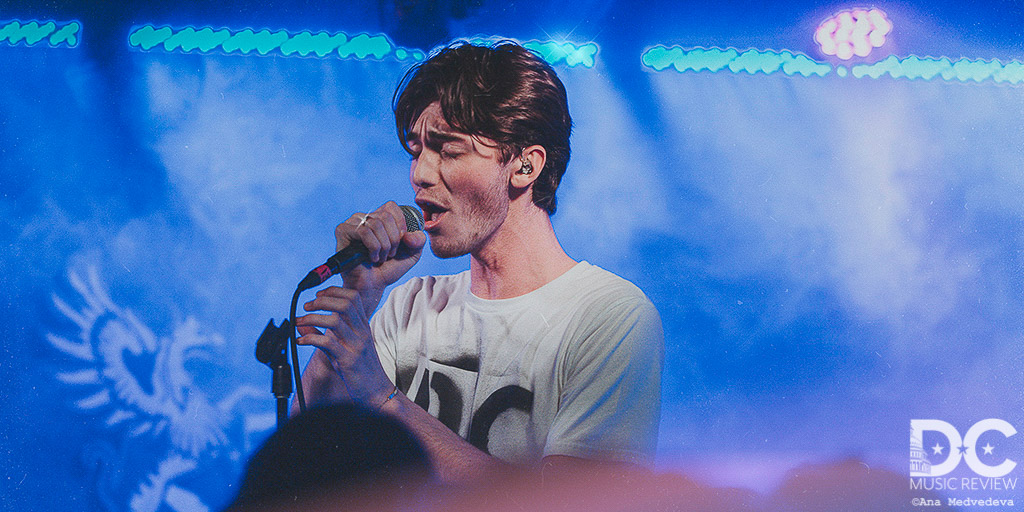 Greyson Chance is on his way to becoming the next Ariana Grande. That may sound like a bold claim, but hear me out. Having left college to pursue his music career in 2018, Chance kicked off his first tour in two years this past Friday, February 22. If there were any nerves or hesitation around this comeback, Chance displayed none of it.

Confidently striding onto the DC9 Nightclub stage with a gin and tonic in hand, the artist grinned at the sold-out crowd. In perhaps the greatest indicator of his boldness, he chose to embark on his comeback tour without an opening act.

But Chance needed no help warming up his crowd; the sheer power of his voice was enough to grasp the attention of every individual sardined into the venue.

As the chorus of “shut up,” Chance’s latest single hit, the crowd began enthusiastically singing along. Snaking through the crowd as his set progressed, I caught numerous whispers from audience members in awe.

“His voice is SO beautiful, WOW,” exclaimed one attendee.

Beautiful it is, but Chance’s voice is so much more. His ability to effortlessly glide from a deep baritone to an astonishingly high falsetto rivals that of musicians holding massive weight in today’s cultural zeitgeist. With vocals as powerful as Sam Smith's and buttery as Troye Sivan's, it’s hard to believe that Chance isn’t at the top of Billboard charts. However, voice alone does not make for a pop star. You need to be a storyteller and a relatable one at that. Wandering over to the piano, he began sharing the story of his first love.

“Last year, I fell in love. I thought we were going to get married...maybe have some kids together, you know all that shit,”

An incredibly silent audience clung onto his words as Chance continued,

“But...I guess he didn’t want the same thing. He told me he wasn’t in love with me anymore...this is a song about that.” As the opening notes of “Low” struck and Chance’s stunning falsetto filled the room, seemingly every heart in the audience broke for the artist. There was no mistaking the gut-wrenching pain behind Chance’s words.

I've been hurt but I've never been hurt this much before

I didn't know that I could get this low

Chance has endless talent, but above all, he's mastered the ability of grasping an emotion and emoting it out to his audience. Witnessing tears fill the eyes of various audience members, I exited the venue with the firm belief that Greyson Chance is our next pop star.

Greyson Chance is currently on tour throughout North America, with dates lined up through the beginning of April.