On Our Radar: Jeremy Zucker

Concert Reviews
On Our Radar
By Ana Medvedeva / October 30, 2018 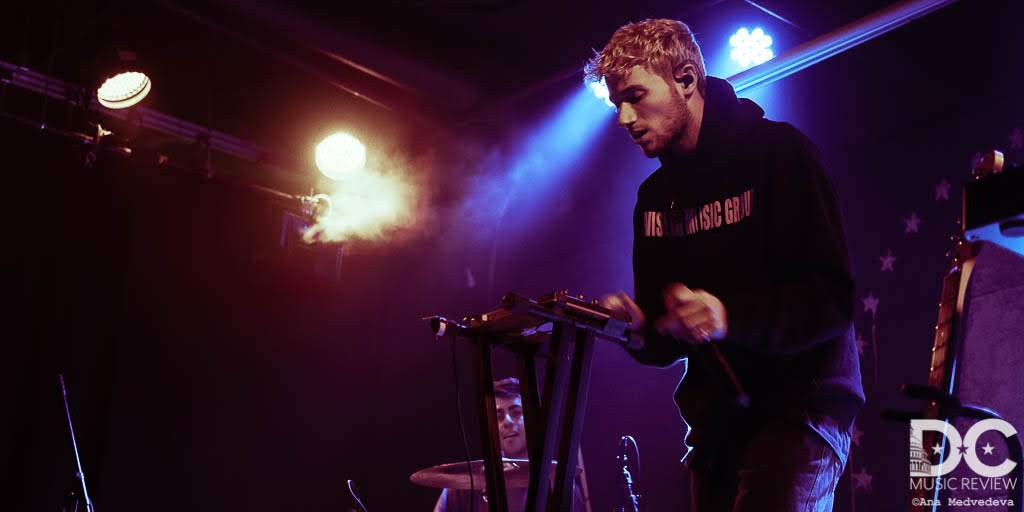 When our relatives ask us the dreaded “What are you doing after college?!”, most of us don’t reply with, “Putting my degree aside and going on a North American tour where the vast majority of the shows are sold out.” Most of us don’t even have a slight sense of what we will be doing. Most of us also are not Jeremy Zucker.

​The 21 year old graduate from Colorado College made his second to last stop of the Anything, Anywhere tour at U Street Music Hall this past Wednesday.

With a sold out crowd excitedly chattering despite being squished and a front row lined with adoring fans clutching their phones in anticipation of snapping a shot of the young artist, the night was all set for smooth sailing.

But everyone has to pass a few tough tests before they can continue on their upwards trajectory. Making his way through a rectangular light structure, Zucker began his performance with deafening cheers drowning out the initial notes of his opening song.

As the song progressed, it became clear that his mic was barely allowing for his voice to be heard. Looking a bit confused, Zucker swiftly maneuvered to the back of the stage to address the issue.

With the mic picking up his voice at full volume again, he apologized to the eager crowd,

“I’m so sorry guys, this has never happened to me…” Biting his lip and smiling, he continued, "So this is my second to last show of the tour, and it’s been wild. I just recently graduated from college where I was studying for biology for weeks on end and now I’m here.”

But Jerry’s technical difficulties weren’t over quite yet—midway into his third song, “Keep My Head Afloat” off of his 2016 release Motions, the mic cut out again.

After a few minutes of attempting to fix the mic, he ran off stage leaving the excited crowd wondering what would happen next. As Zucker’s drummer began playing a steady beat to build anticipation, the crowd started cheering,

Running back on stage with a smile, Jerry breathed a huge sigh of relief as he received confirmation from his fans that his mic was back in commission. After successfully performing “Weakness”, a sleepy tune that builds into a bouncy electronic beat, he took a moment to address the crowd again.

“Yo...that had me shook. I was so nervous, that’s seriously never happened to me before.” As he continued his performance, it became clear why Zucker has caught the attention of huge artists such as Blackbear and Lauv.

​Zucker has the maturity of a seasoned performer—one that handles the unexpected with grace and turns it into a moment of connection with his fans.

Here at DC Music Review, we are very excited to see where Zucker’s career will continue to grow as he continues to navigate this critical transition period in his life.