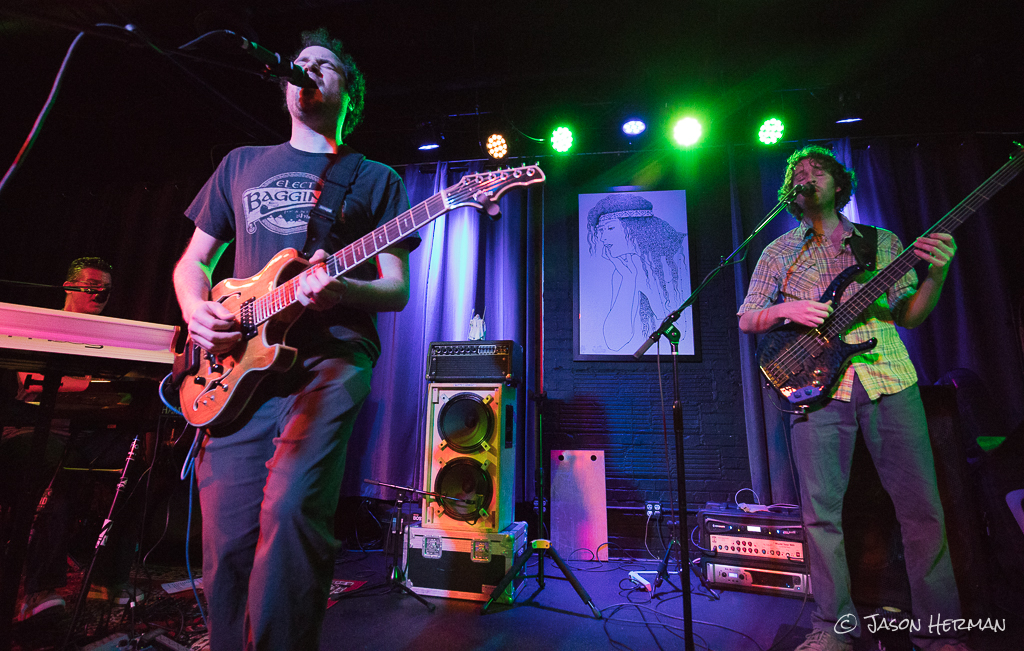 A remarkable show was put on by the band that night as they looked relaxed and enjoying themselves while performing to a full audience.  Andy Greenberg, guitarist and lead vocalist,  made it out to Gypsy Sally's back deck during the set break to give out hugs and greetings to old friends and introducing himself to audience members.  Other members of Runaway Gin include John Fitzgerald on keyboards, Bobby Hogg on bass, and John Pope on drums.  As always, Runaway Gin played well into the night and contracting and peaking their songs the entire performance leaving many in the audience to wonder when Runaway Gin would return to the Washington / Baltimore Metro area.

Birds of a Feather

Slave to the Traffic Light >

For more about Runaway Gin, please see their website.  Please make sure to check out their tour schedule as they continue their PHALL TOUR 2017.