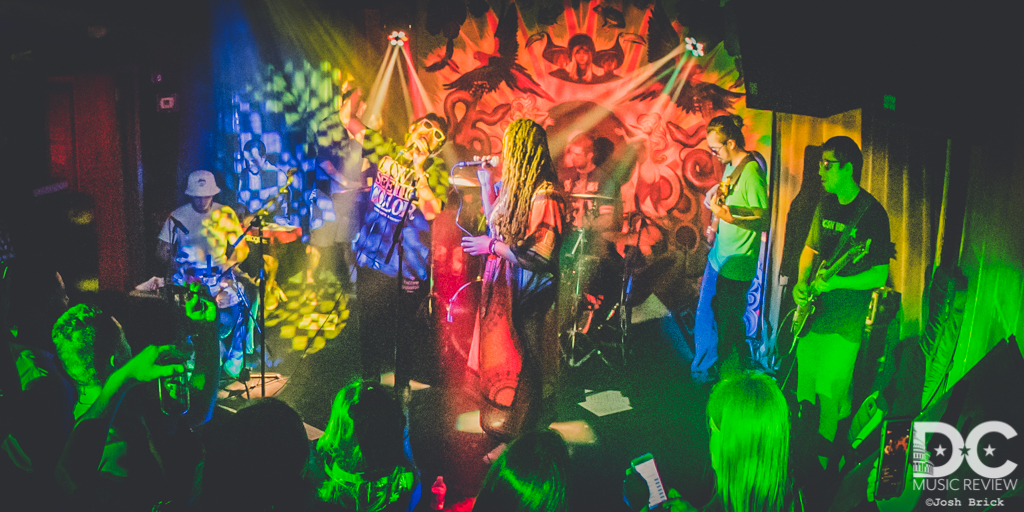 DC9 welcomes two of the premier DC reggae bands – Shamans of Sound and Nkula – this Friday, January 18 for a party you don't want to miss. Formed in late 2017, Shamans of Sound is comprised of numerous veterans on the DC music scene that came together to share their love of reggae and dub music with the city. The band spent 2018 honing their live performances with shows at notable venues in The District, such as Gypsy Sally's, Tropicalia and Union Stage. Shamans present a united front in their live shows, allowing each member to add his or her musical flavor to the overall sound. It comes through in the music, which dips into the dub style of reggae full with textured grooves and psychedelic vibes. The band's performance at Gypsy Sally's late last year was particularly impressive and a sign that the Shamans are evolving and ready to take it to the next level in 2019. The group pays tribute with their music to the late Nathanael Cook, who is cited as one of the band's main inspirations.

Shamans of Sound is also known to welcome prominent DC musicians to sit in and this time is no different. The band will be joined by special guest, guitarist Gordon Sterling, for a special collaboration that is certain to be memorable. Nkula opens the show (Doors: 7:30 PM, Show: 8:00 PM) and is a fantastic opening act to the DC proper reggae bill. “Ras Abel” Mekonnen leads the roots reggae group with his 20+ years of professional experience in the music industry. The band boasts a traditional roots reggae sound with a tight rhythm section that is complimented by duel horns. The band is fitting  for this double bill as their mantra reflects that of the Shamans – peace, love and unity.

The show is all ages and tickets are $10 and can be found by using the link below. DC Music Review highly recommends this choice pairing in the U Street corridor of DC. Don't forget that this event is an early show so be sure to get out to DC9 early to catch the entire show!