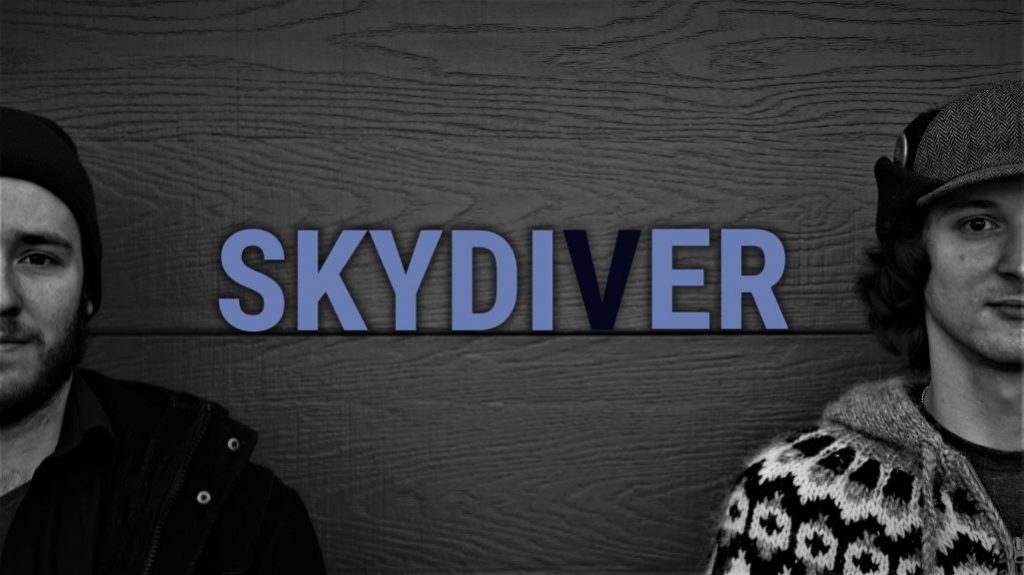 Skydiver is the brainchild of Justin Price (vocals, guitar) and Spencer Duggan (bass) and was born in Chantilly, Virginia in the summer of 2013. Now based in the DC metro area, the pair are on the cusp of releasing their eponymous debut EP.

Boasting six original songs, the EP shows a wide range of sound and emotion, with tracks that are noticeably influenced by classic rock and indie greats. At times, the music feels more focused on vocals and lyrics than on the instrumentation, drawing attention to the carefully crafted stories the lyrics paint. When the instrumentals take the lead, they are a blend of classic rock arrangements, as well as expert guitar rhythms. However, rather than feel too familiar, the arrangements have been woven together in a way that creates something new and inspired, giving Skydiver their own unique sound. They don’t try to be flashy or over the top, but rather simply produce good, honest music with a slight edge.

Price has a wide vocal range that is heavily showcased in “Perfect Circle” and recently released single “Lend Me A Hand,” both of which are reminiscent of indie rockers Local Natives. Belting the choruses with an impressive falsetto, Price’s passion can be felt through his vibrato. It’s clear that Price spent an ample amount of time developing the lyrics to tell a specific story, and the importance of these stories can be felt through the urgency that peppers the songs.

In addition to some classic influences like Jeff Buckley’s guitar mastery and Radiohead’s psychedelic and pondering lyrics, Skydiver also drew inspiration from Pink Floyd. With the wailing vocals and steady drums, “Warcry” feels like a modern and acoustic take on Pink Floyd. Skydiver has managed to incorporate influences and sounds from such a wide range of musical talents into their debut release that their album feels like a re-imagination of the indie-rock genre.

Skydiver’s debut EP gives listeners a sneak peek at the wide variety of sounds the band is capable of, and we’re excited to see what their next release brings.

Skydiver will be celebrating their EP’s release at ​Pie Shop DC this upcoming Thursday alongside fellow local talents The Duskwhales and Collider.