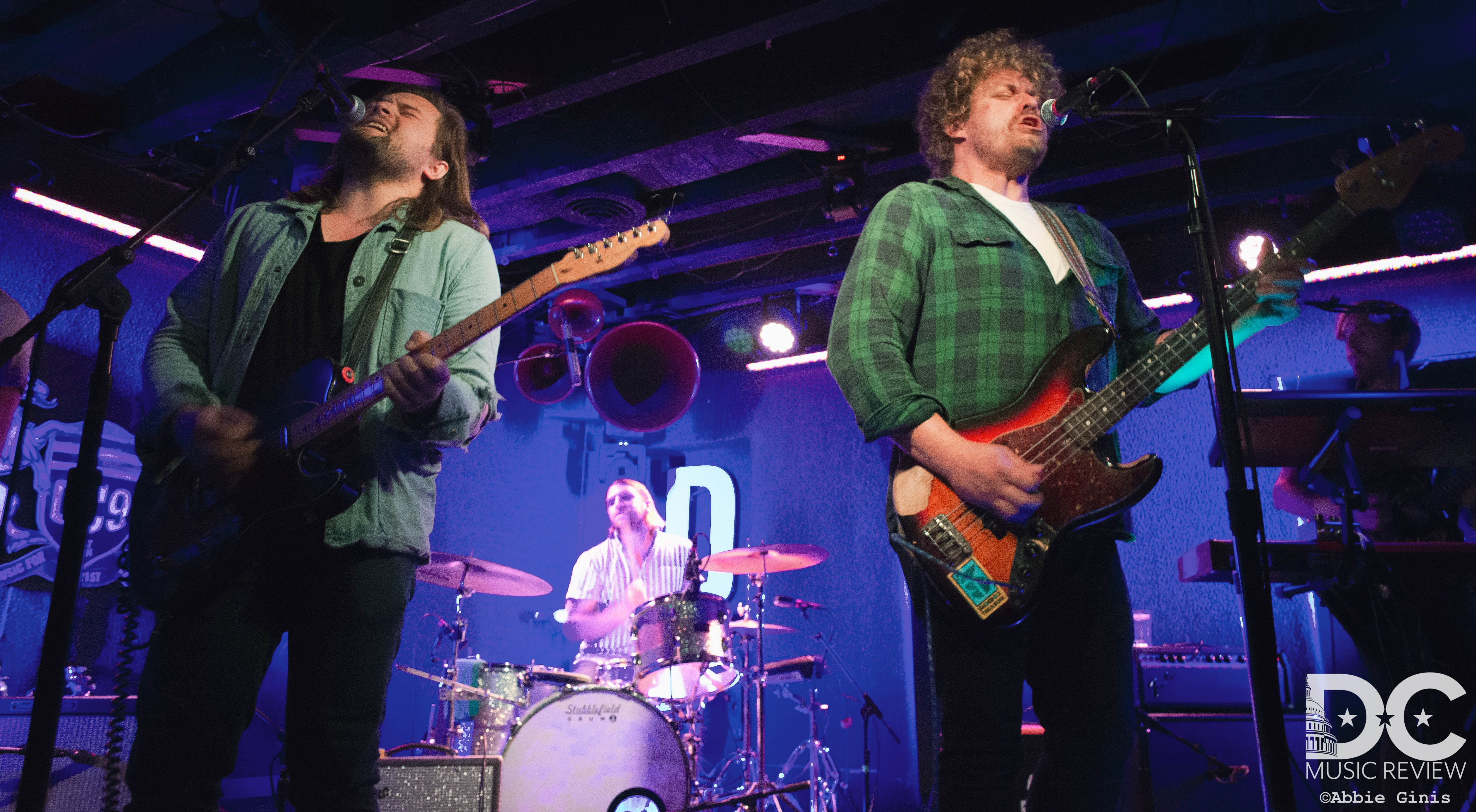 Last Wednesday was a soggy affair, and could’ve been downright miserable had Sleepwalkers not brought their sunny, nostalgic tunes to their hometown-esque show at DC9. The band may be from Richmond, but their laid-back indie-grunge meets 80s synth felt very west coast. When they kicked off their set, no one seemed bothered that the show’s start time had been delayed — the crowd was just eager to dance and sing along with a band that seemed like old friends. For many, Sleepwalkers may actually have been old friends. Before their set, both Sleepwalkers and openers The Last Real Circus Show spent quality time meandering around the venue greeting fans and enthusiastically welcoming their loved ones. Playing two hours from your hometown has its perks. From the back, the crowd looked like a mosh pit, bodies jumping in sync with the music, yet out of sync with each other, creating an erratic and unpredictable wave of movement. The Last Real Circus Show properly warmed up the crowd, playing enthusiastically, with minimal breaks as though to make up for time lost to the late start. With a handful of original tracks and three stellar covers that fit Jason Farlow’s (lead vocals, guitar) voice perfectly, The Last Real Circus show were a unified front bursting with beautiful harmonies and talent.

Similarly, there was no clear frontman for Sleepwalkers, with all members playing an equally crucial role in the band’s unique sound. Vocally, Sleepwalkers put off Phil Collins meets Kings of Leon meets Super Doppler vibes, but instrumentally, the band is a special combination of grunge plus a throwback vibe. The first half of the show, which was edgier and more rock n roll, felt very “School’s Out For Summer” a la Dazed and Confused, while the second half felt more dialed back, with a synth sound that had an original take on the best of the 80s hits.

Sleepwalkers put on a stellar show and are not to be missed if they pass through your town. Catch them now before they blow up and you’ll have to crane your next and stand on your tippy toes from the back of a venue just to catch a glimpse. These boys are going somewhere.