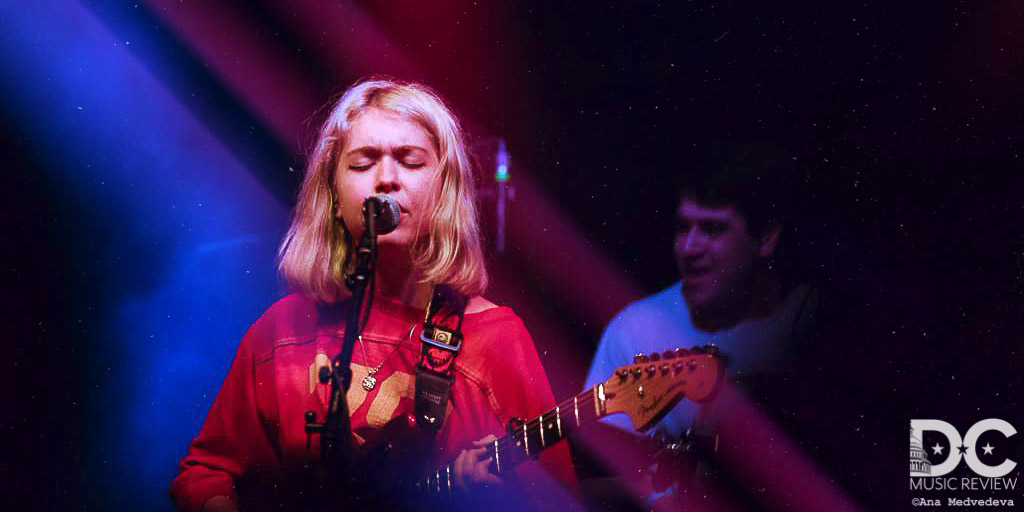 Snail Mail’s ascension to the top of the indie rock scene has been anything but snail paced. Just seven months after the release of their debut record, Lush, the band has earned the praise of media giants such as The Washington Post, Rolling Stone and Pitchfork, just to name a few.  All of this after having graduated from high school just over a year ago.

Performing to a sold out crowd at The Broadberry in Richmond, Virginia, there was no evidence of this whirlwind rise in popularity affecting the trait that made their fans fall in love in the first place: relatability.

Jordan embodies everything that makes the Baltimore music scene a powerhouse for rising indie darlings. Her honest and innovative approach to songwriting paired with a low key demeanor places her amongst Charm City’s finest exports, such as Beach House and Wye Oak. But rapid success does not come without speed bumps. Similarly to Jeremy Zucker’s performance at U Street Music Hall, the band faced a multitude of technical difficulties throughout their performance. Luckily, Jordan and her bandmates handled the tough situation exactly as Zucker did: with incredible grace and humor.

First her guitar continuously went out of tune, prompting a smidge of visible frustration to escape from the frontwoman.

“Man, this is the most technical difficulties we’ve had ever in one show, I’m so sorry guys. Tomorrow we’re playing in D.C. and my grandma will be there, so hopefully we have our shit sorted by then,” quipped Jordan. Just as everything appeared to be resolved, Jordan's mic pack blasted loudly (and painfully) into her ears. Laughing at her own misfortune, Jordan launched into a quick cover of “Wonderwall” by Oasis to pass the time.

The Richmond crowd laughed and eagerly sung along to the cover. Hoots and hollers of support filled the venue, serving as a reminder to the band that the crowd understood they’re human and hiccups are inevitable.

The standout moment of the sold out show was Jordan learning that a couple got engaged during “Pristine”, the lead single off of Lush. Her eyes enlarging in shock, she beckoned them to join her on stage for a hug and further celebration. Some may feel pressured by their music having such a powerful effect on their fans, but Jordan simply exudes pride that her music is creating intense connections. With plans to move out of her parent’s house once tour ends, there’s an infinite amount of potential in Snail Mail’s future. A future that DC Music Review will surely be keeping an eye on.