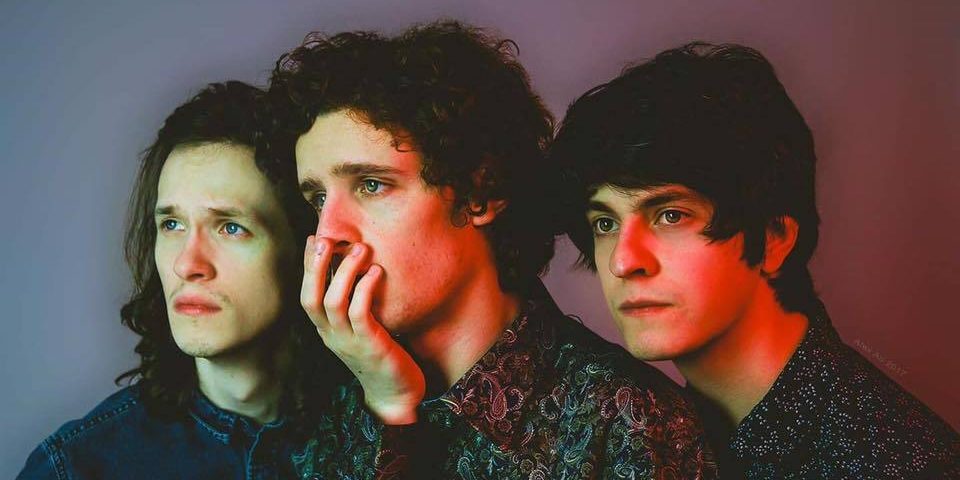 The Duskwhales had everyone in Jammin' Java hanging on every note and lyric on Saturday night. They had the full attention of the crowd, so in tune with them that some fans even sported silver glitter under their eyes, matching that of lead singer and guitarist Seth Flynn. They started off the night singing "Devil's Daughter," a fast paced song from their 2017 album, going on to play  a combination of songs from their newly released EP "Take It Back" as well as old favorites. The Duskwhales, Photo by Nina Goodman

They  thoughtfully assembled a mix of older songs for their fans, like "Lavender Ladies," as well as new ones like "Today." They brought not only the Beatles-esque sound they are known for, but also incorporated a bit of a slower vibe with their song "Karina," a song which keyboardist Brian Majewski explained he wrote about his brother’s then girlfriend, now wife, as a sort of encouragement for their relationship.

The band’s own energy matched if not topped that of their fans as they celebrated being together as a group for 10 years, an even bigger accomplishment when you take into account that they are all in their early 20s. The trio (rounded out by drummer Chris Baker) began playing together in early high school and have continued to do so ever since. They still have a large following from their high school, many of which were present at Jammin' Java. Seth Flynn of The Duskwhales Chris Baker of The Duskwhales

The new-to-the-scene duo Griefcat  (Louisa Hall and Nardo Lilly) kicked off the evening with great energy, followed up by the band Nah. who set the stage for The Duskwhales. The captivating almost eery voice of Emma Bleker, the vocalist for Nah., combined with their rock sound from bassist Brendan Ra Tyler, guitarist Chris Smith, drummer Stephen Rodriguez, and Zach Be on keys, immediately grasped the attention of those in the room, priming them for The Duskwhales. The high energy of this trio continued to the very last song, an encore requested by the crowd, the 10 years that this band has been together shows as they are completely in tune with one another. The Duskwhales are a band that you need to see to understand just how unique their sound is, and I highly recommend you do exactly that.

Click here to see the setlist for The Duskwhales performance at Jammin' Java on 8.10.19

4. Best Years of Your Life