The Judy Chops Release Love Is The Answer, A Celebration Of Love And Passion 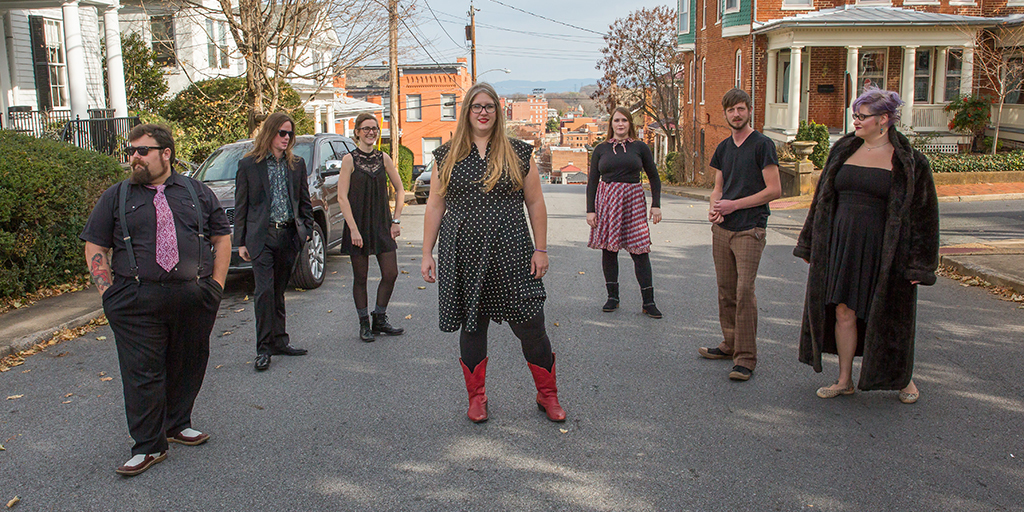 Their latest studio album Love Is The Answer is whimsical, soulful, and sentimental, among other things. Each song features a different tone and switches between numerous lead vocals, evoking different emotions as the track list progresses. The one common thread between each track is the titular theme of “love.” This album is hopeful and fun, but can also be heartbreaking if you listen closely enough, despite the frequently upbeat notes.

"This album is hopeful and fun, but can also be heartbreaking if you listen closely enough, despite the frequently upbeat notes.＂ Click To Tweet

Wasting no time, The Chops kick off their album with “Q 4 U” a sultry and sassy track that repeatedly asks a question everyone has had at some point in time, “is this love or is this obsession?” While the vocals are fantastic, the song wouldn’t be the jam it is without the blaring response from the horns, perfectly complimenting the vocals. Reminiscent of a funkier version of The Cure’s “Love Cats,” this stand out opener sets the bar high for the album, which proves to be an emotional rollercoaster of a ride.

Midway down the track-listing is “Spit It Out,” a track that picks the pace up again from the twangy and country sounding “Delilah," sung by Molly Murphy,  and the soulful “Lay My Love” (which reprises later, stay tuned!). The guitar and the horns play expertly and fluidly to provide the perfect compliment to Howard’s quick-paced and thoughtful vocals. His vocals are edgy and raw, with the perfect amount of raspiness that adds an extra layer of expertise and maturity to the track. Both his and Sally Murphy's unique vocals are showcased even further in The Chop’s cover of Screamin’ Jay Hawkins' 1956 classic “I Put A Spell On You.” Although there have been many covers of this song, The Chop’s rendition rivals even the most iconic and well-known versions, proving to be just as passionate (and dare I say brilliantly maniacal?) as the original. With songs like “Manstranger” and “Cry Baby,” the Chops take us back in time with more vintage sound. However, their stand-out vocals and skillful instrumental interplay allow them to feel modern and fresh as well.

“Lay My Love” makes its first appearance early on in the album — our first opportunity to hear the band perform all as one vocally. The track begins with a choral introduction that feels almost spiritual. However, the tone switches between Howard’s raspy vocals and jubilant instrumental taking turns at the forefront. “Lay My Love (Reprise)” is the perfect way to close out the album. An acapella rendition of the original track, all the vocals are fused perfectly together, ending the album on a sweet note of community.

Although they blend elements of swings, blues, and rock, The Chops cannot be contained into one singular genre. They are vibrant and passionate and full of love. You can hear the excitement and cohesion in every note. We have no doubt that The Chops are an excellent live performance, and we at DCMR cannot wait to watch them perform at Lockn’ Festival this summer. And check out their website to purchase Love is the Answer.

"Although they blend elements of swings, blues, and rock, The Chops cannot be contained into one singular genre. They are vibrant and passionate and full of love.＂ Click To Tweet

Love is the Answer

Rocking Local Showcase: The April Edition of DC Scene-In-Review Podcast
We have a special episode of the DC Scene-In-Review Podcast this month. April brought us the finale of the ROCKN'[...]
Read More
The Judy Chops Celebrated Love and New Music at Pearl Street Warehouse [Audio]
The Judy Chops new single "Lay My Love" performed at Pearl Street Warehouse on 4/27/2018photo credit: Jeremy Shanahan, Good Foot[...]
Read More
ROCKN’ TO LOCKN’ Ended with a Taste of LOCKN’ at the Farm On Saturday [Photos]
Read More
About the author