The Lil Smokies and Fruition at Union Stage 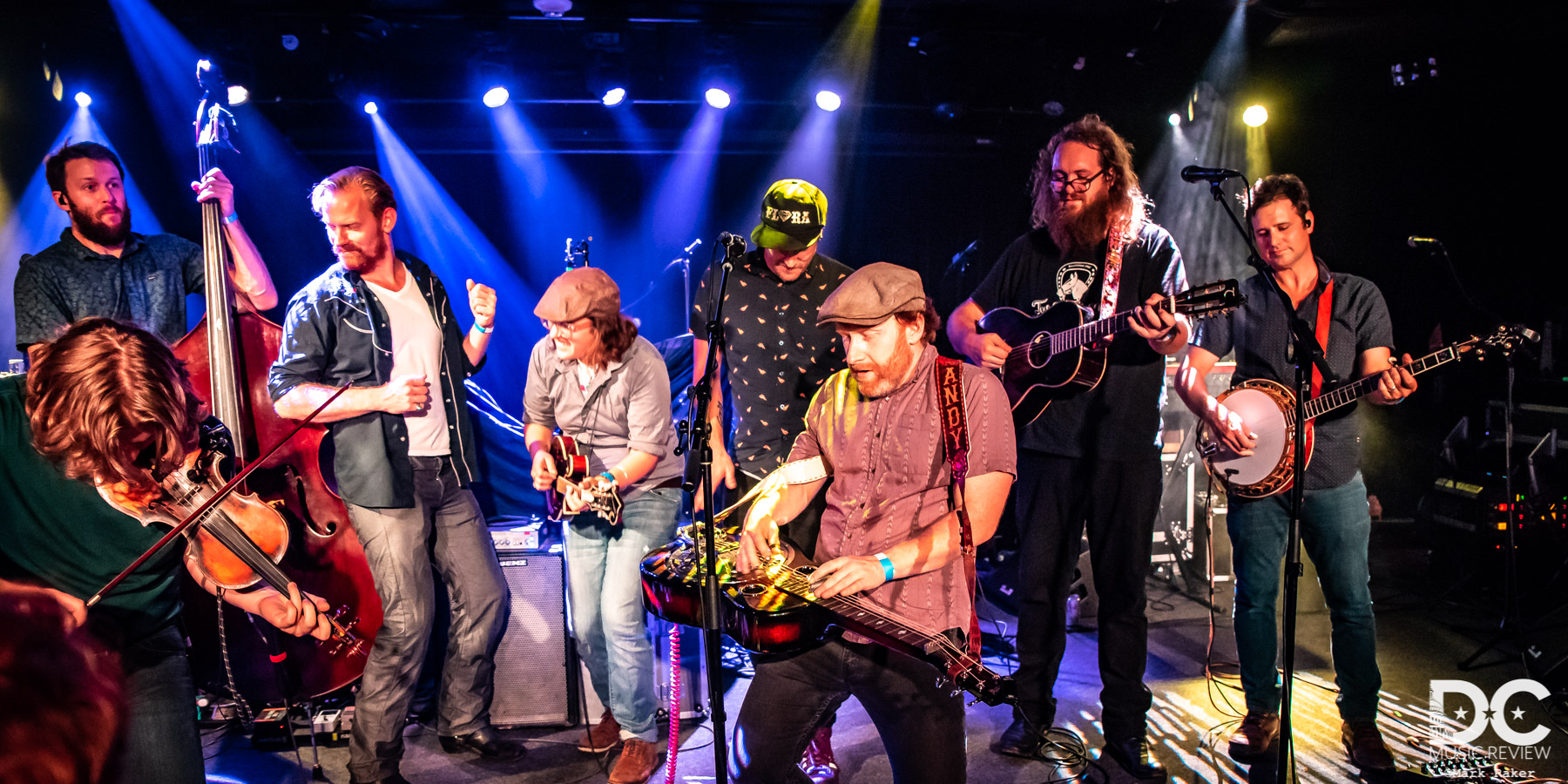 Fresh off a weekend at Festy, The Lil Smokies and Fruition came to one of D.C.'s newest venues to show the Nation's Capital some love.  Fruition, just back from California, and The Lil Smokies, taking a night away from their run with Greensky Bluegrass, were happy to be in Washington with, as what fiddle player for the Smokies, Jake Simpson noted, 'so many familiar faces'. The Lil Smokies took the stage first and showed off exactly why they are so much fun to see live.  Seeming to be incredibly happy to be in our area, they were a delight as they interacted with the crowd, making sure to give a shout out to a group of folks who​ they seemed to know that had reserved the back of the venue ​for a private space to see the show.   ​Starting the show with two songs from their 2017 album Changing Shades, ​"Might as Well" ​and "Winded" warmed the crowd up for what surely ended up as a show that gained them some new fans in the crowd who might have come for ​Fruition, a band who visits D.C. often.​  Playing about a dozen original songs, including "California", which Jake mentioned was, "dedicated to the gentleman who keeps yelling for it" they also covered The Beatles "Paperback Writer" that energized and got just about the whole crowd signing along with them.   Andy Dunnigan lead the group through a little more than an hour of stupendous music and gave validation to the belief that these guys will continue to grow and impress many an audience, growing in size exponentially over the next few years. After a short break, Fruition was up, bringing an incredible amount of energy and fun that was contagious to the stage.  Fruition has always seemed to me to  be a band that you would want to party with and the show at Union Stage did not change that presumption one bit.  There has been rumor of mandolin player Mimi Naja being able to keep the party going campside at Delfest or Strings and Sol into the wee hours of the morning, and the energy that she carries onstage with her definitely leads me to believe that the rumors are in fact true.  Celebrating a birthday that he shared with someone in the audience as well, Jay Cob Anderson also was also ready for a good time and thankfully, every ticket holder was invited.   The band really shows their ​skills to funk up just about any song and the​ ability to play ten minute jams of songs like "Fire" the lead track to their new album amazed everyone that walked into the venue that night. ​  Jay also continued the love affair with D.C. announcing before the start of "Stuck on You" that the song was actually written in the city itself. Incorporating some of their older songs as well, a tune like "Santa Fe", which never disappoints whether live or recorded, allowed the crowd to take a breath before going bonkers again.  Every time I hear that song performed live, Mimi's voice seems to gain a little bit more soul that resonates throughout the short few minutes, making me believe that there's no denying that 'we're gonna move someday, we're gonna move to Santa Fe'.  With their new album Fire just released, they were also all about sharing the diversity of the new additions to their catalog with friends and fans alike on a rainy Thursday and it did not disappoint! The ability for them to span several musical genres, put out new music several times a year and continue to be a band that is a force to be reckoned with on stage, assures us that they will also probably have some more new material again before festival season gears up once more in the Spring of 2019 - lucky us!

A special treat came late in the set when Eddie Roberts of New Mastersounds joined Fruition on "I Don't Mind". The members of both bands have spent quite a bit of time together in the past few months, at a summer full of festivals and shows such as these.  They all seem to have a great rapport between them and hang out off and backstage with each other as if friends from childhood.  Both bands​ throughout the night invited members from the other onstage to play with them during their sets, Jake Simpson notably destroying the fiddle during the earlier menitioned extended version of "Fire" and the entirety of the groups were also onstage for the encore.  After teasing a little of "Paint it Black" by the Rolling Stones during one number earlier in the evening, it was a necessary go wild moment as they collectively played a cover of Tom Petty's "American Girl", closing out the night, which left the entire room wanting so much more.

Be sure to check our website over the next few days to read the interviews that we got to do with members of both bands a few weeks back at The Festy Experience!