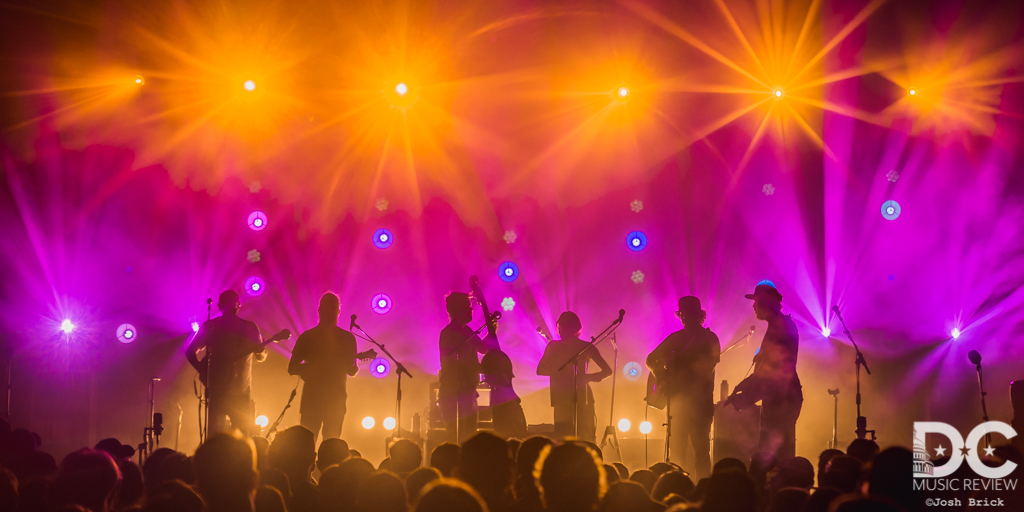 What do you do when you want to go to the festival with your favorite band on the lineup and you can't find someone to watch the little ones for three days (and nights) straight? Well, if that band on The Festy Experience lineup, your best bet is to bring them along. In fact, you may want to head to the annual event at Infinity Downs Farm, right outside Charlottesville, if you just need a fun family weekend, that just so happens to also boast top-notch acts. Kids rise early, need constant stimulation, and can be a little worrisome to track when let loose in a crowd of thousands. None of that was an issue for the folks who had little ones in tow this past weekend, nor did it seem to affect the other side of the coin - those of us with no such responsibilities who just came to dance and party the weekend away before festival season leaves us for another winter. It seemed to be the best of both worlds existing on the same three hundred-some acre farm in beautiful southwestern Virginia.  We were treated to amazing sets by bands like The Lil Smokies, Greensky Bluegrass, Gillian Welch and Ricky Skaggs and the Kentucky Thunder without having to worry about anything but the music. In a nearly ideal setting with perfect weather, the nicest thing was the size of the crowd. Even during performances of bands where at most shows you would be absorbing the sweat of your neighbor, you had space to move and breathe, and more importantly for some, to get as close to the front as possible. There wasn't a single time during the three days where lawn or standing room real estate was hard to find. You wouldn't lose part of your group for hours if you needed to go to the bathroom or get another beer. This also eliminated one major burden for big festival goers as well - carrying around flags and signs or poles with some identifying photo or saying, making it easier to find your group after venturing out on your own. The age of the crowd ranged from the tiniest of tiny to three or four generations older and everyone was enjoying what Festy had to offer. Friday was off to a great start as weekenders continued to trickle in and were treated to the sounds of The Lil Smokies and Fruition, who can often be found playing on the road together. Heavy hitters Greensky Bluegrass nailed their performance as well after coming in hot from Asheville the night before playing with Lil Smokies in what was reported to be an incredible show. Greensky welcomed Bonnie Paine, formerly with Elephant Revival, on washboard on 'Who is Frederico?' The band closed with a great rendition of The Wood Brothers' 'Luckiest Man to send fans back to their tents (or RVs) for the night. Just about all of Saturday night was a party, with Della Mae and Friends kicking it all off right as it started getting dark. I have long been a fan of theirs, but was ecstatic to be able to share them with the rest of Festy as they covered some great artists, adding strings and twang to the sounds of TLC, The Allman Brothers Band and even the Cranberries as well as showcasing their own music, such as personal favorite, 'Boston Town.' Sam Bush Band continued the party as the crowd bordered on those that had to retire little ones and those that were ready to go all night. A main highlight that other early-to-bed attendees might've missed out on was Rubblebucket, who absolutely lit up the Blue Ridge Bowl Saturday night with a vibe and sound like nothing else all weekend. Based out of Brooklyn, the members of the 'art-pop and indie-rock band' brought an incredible energy that was almost a festival in itself.

Sunday brought out some bluegrass staples like Ricky Skaggs, Allison Brown and a great way to end a festival - two sets from Railroad Earth. Billy Strings also played Sunday and continues to show the festival and bluegrass world why he is drawing crowds from near and far while playing more than 200 shows a year. His energy and enthusiasm for the music, the fans and the comraderie between artists makes you believe that he is an artist who has truly just begun to shine and will continue to delight us for years to come. While a lot of festivals have multiple stages where shuffling around from place to place and even making decisions on which act you might want to see more, Festy added an element that was a real treat - the Almost e-Town stage.   Boulder-based and nationally syndicated, host Nick Forster had thirty minute 'shows' in between most sets throughout the weekend. Audience members were treated to second sets by many a band, as well as interviews with folks that had already or yet to take the main stage by storm. One of the best things about the e-Town stage hands down was the Billy Strings interview where he shared the history of his grandfathers prison guitar that had just been rebuilt and was ready to rock. Another main stage appearance was made several times by someone that stole a lot of attention and was talked about throughout the festival - Bonnie Paine on the electric washboard - making quite the impression.  She was not only on stage with Greensky Friday night, but also joined Della Mae and Friends for most of their set Saturday, only to be topped by front woman, Celia Woodsmith joining in on the fun for a two-washboard rendition of The Allman Brothers Band hit 'Whipping Post.' The experience at Festy was just that – an experience – and for anyone who missed out on this years fun, mark your calendar now for 2019 as there is no better way to close out the season than at Infinity Downs!