Getting To Know: Natalie Brooke 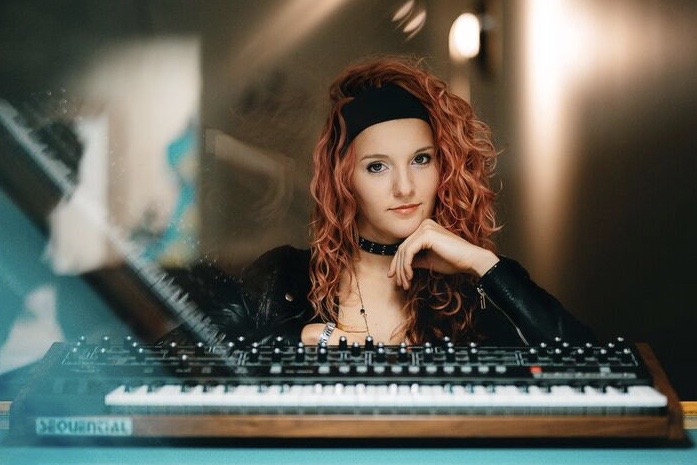 Natalie Brooke is a force to be reckoned with. She is masterful on the keyboard, having studied at Shenandoah Conservatory and played with many funk-based bands in the area and, up until the pandemic hit, she was in the house band for the monthly Gordon Sterling Presents: The People’s Jam at Pie Shop DC.

When I first saw Natalie play it was at Gordon's jam back when it was at Gypsy Sally's, and said to myself, "who IS that?" She is an outstanding player, adding lightness, foundation, or funk where warranted, and she knows how to listen carefully to pivot, dip and weave, and shine where it makes sense.

She brings an energy to a jam that makes you WANT to be in that room. Forget the conversation by the bar, the magnetic stuff is happening on stage and Natalie is exactly the kind of musician who not only collaborates well with the other players, but also with the audience.

She does the one thing that, to me, is the hallmark of someone who can let it all out when they lay down a groove: she can DANCE. And that emotive combination of deft moves on the keys as well as the ability to FEEL it and move to the jam is signature to Natalie, and it is so much fun to witness.

You can tell she loves funk, soul, and blues, has an ear for and leans into some jazz licks, and adds so much authenticity to a jam, being light on her feet and quick to maneuver depending on where the song is headed.

Natalie is one of my favorite local artists to watch (and is a phenomenal piano teacher as well), and she is embarking on some new paths now that the regular DMV jams are on hold and she has more time to lay into her craft.

Between lessons, I had the chance to catch up with Natalie to see what she is up to these days.

Nina Goodman: Hi Natalie! Thank you so much for connecting with DC Music Review. Tell me, what’s new with you these days?

Natalie Brooke: Well... really, my initial thought is was is new with all of us right now. The pandemic and the shutting down of the entire world. And the level of civil unrest we are witnessing and feeling here in the U.S. We are all effected by everything that is going on. I think that the flood gates of change have opened. An invigorated and powerful wave of people who want this country to function differently and BE different is here and we are not going anywhere. I believe that the justice system and the power structures in the U.S. need major reform and, of course, that #blacklivesmatter.

NG: Well said. We need systematic change and safety and care for each other more than ever.

​I know the pandemic and the protests have great meaning to the music community in DC and have affected us all. Some of the expressions coming from history in the making has been so moving.  Musically, what's going with you these days?

NB:  My band, called Natalie Brooke, is finally recording some singles of ours that I can’t wait to finish recording and release! The first release is out on July 1!

And as a solo artist, I am working on so much. I am practicing songs for a solo piano album. Writing a lot. Reflecting a lot on music. And working on a different and secret album with Austin Litz and S​am Huff that will be released in the future.

NG: So you play as a solo artist, play in a band also with the name Natalie Brooke, and have some collaborations coming up. Are there more projects or bands you are part of?

NG: Riiiiight, and let me say, I LOVE Iza Flo something solid. I saw the Tiny Desk submission and could not wait to see you all live, and then the pandemic hit.

Talk to me a little more about the pandemic specifically has affected your music and your life. 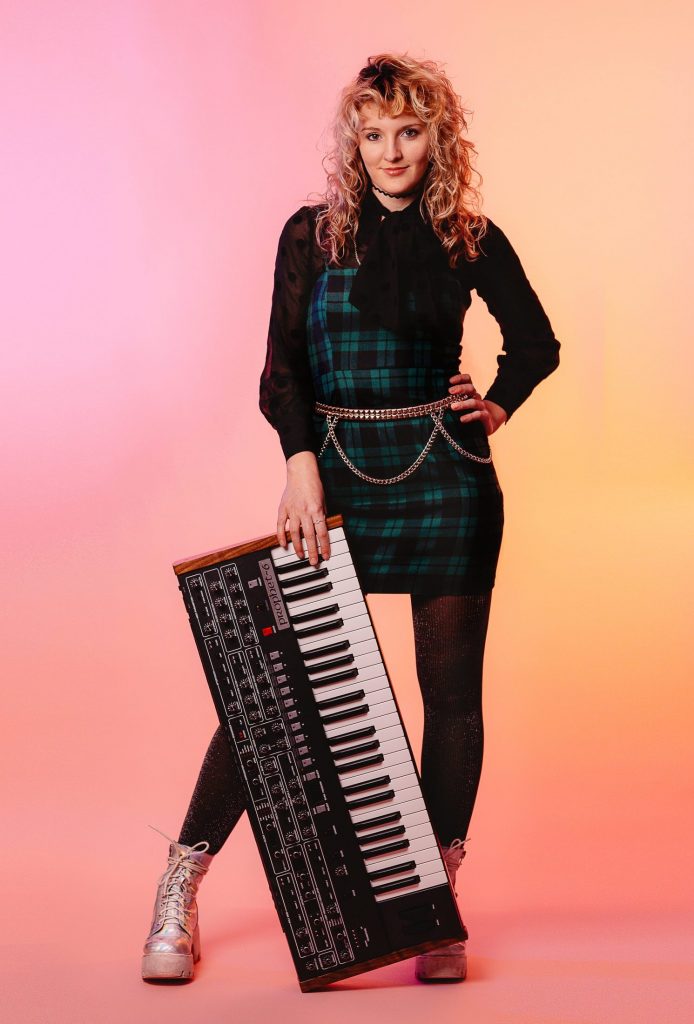 NB: The pandemic has had some positive and negative effects on music for me. On the plus side, I spent some time not knowing what to do during quarantine but that did end up turning into a lot of productivity in terms of practicing and making a video which has been fun. The negative was not being able to play with other musicians, sharing that musical energy with others is so important!

NG: I so agree, it’s been really hard for the music community for sure. What show — yours or someone else's — were you most looking forward to going to before it had to be canceled?

NB: Hmmm… selfishly, I was most looking forward to the Natalie Brooke shows on March 13th and 14th because it was birthday weekend. I was beyond excited to  play those shows with so many great bands on both bills in DC and Winchester, VA. I was also looking forward to any and all music festivals, I love seeing all of the different music.

NG:  Aw, yeah your birthday fell right when everything was closing down. And it's strange to have summer with no festivals. I'm hoping next summer things are in a new, better normal.

So I'm curious about local musicians who move you. Can you name three DMV artists that you are listening to these days or that you admire?

NB: Dior Ashley Brown, Isabelle De Lion, and Elizabeth II are all women that I admire as individuals in the music community!

NG: And they are all in Iza Flo with you, which is THE band I want to see once we can get safely to shows. I love all three of them, too, as artists and people.  I can so see how musically you would all vibe so well together.

I'm curious, what was the last show you played before the quarantine?

NB: Tellus 360 in Lancaster PA was a Natalie Brooke show. We had a super fun night jamming on that one. I had no idea it would be our last show for a while.

NG: Aw, yeah, it was hard to know. I think we all have thoughts about the last show we experienced. It is bittersweet to think about.

So with all the change happening,  what are you doing to take care of yourself these days?

NB: I’m focusing on goal setting, both big and small to keep me busy and also happy while things are slower— especially on the music side. Knowing live shows were canceled for however long was so hard for me to accept at first. Playing live is like the breath of my life. But I learned to just shift my focus and work on/goal set on other things that I didn’t have the time to focus on before.

NG: I feel you. It's been striking how the pace of life has changed so dramatically.

What specific place in the DMV are you most looking forward to visiting once things open up again? 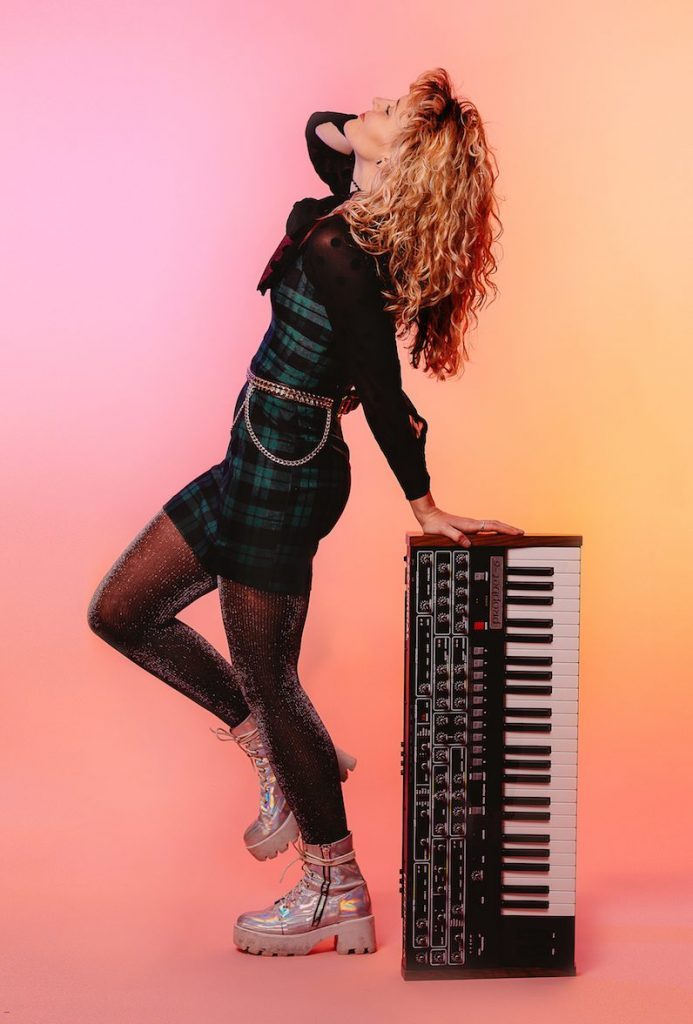 NG: Heck yeah, I miss the jam scene so much, that was like the community get together and there were so many jams to choose, so many genres, so much great, spontaneous creativity in a room.

So about YOUR creativity, what do you feel is the best song you’ve released and why?

NB: Well the song we are about to release on social media, called “Miss Marie,” because it is actually my first release. I think its funky, and fun. And we hope you love it! I have times of creative bursts, and times where I create things in different ways. This song had a huge development and I worked a lot on my song writing skills here.

NB: The song has a fun birth story. I was at the regular Sunday jam session in my hometown Frederick and the bass player in my band, Owen, started laying down the bass line in the song for a jam. We were messing around kind of writing it on the spot as we were playing it, and turned it into a blues lick. My friend Erin was sitting at the bar and I told her over the mic I was gonna sing a song about her...so I was making up some lyrics which I have edited a lot since then. When I sang the "chorus" hook I decided to say "Miss Marie" because that's her middle name and I thought it had a better ring to it then "Miss Erin." That's how it all got started!

NG: Haha, that's great. And no doubt Erin's got to love that song. Some of the best songs come from jamming with friends.

I'm curious to know who inspires you musically. Who are three influential artists in your life.

NB: Esperanza Spalding, Led Zeppelin, and Hiromi. All for different reasons. Esperanza embodies an amazing creative power that inspires me so much. Zeppelin...just awesome rock and roll, song writing, and their live energy is insane. Hiromi always motivates me to get better at my instrument because she feels to me like she uses the piano to convey every emotion that there is.

NG: Ooooh, love those choices. I don't know Hiromi as well as I should, I am going to check her out again. And okay, outside of specific artists— what are three books or songs or movies that changed the way you think about things?

NB: Moonlight, the film for its emotional intensity, complexity, and powerful acting and message. Inception, the film because the production and film score was SO enormous it really inspired me as an artist to think big. And…whatever the first James Brown song was that I listened to probably changed the way I thought about music.

NG: I feel you on that completely. So last question, and it's a tricky one: What do you think the DMV music scene will look like in 2022?

NB: I imagine the music scene always increasing in diversity, especially in the DMV. I imagine we will have even more examples of fusing technology with music, maybe in ways, we didn’t think of before. And due to the pandemic, I think that small shows and local shows will be the way to gather and experience music for a lot of people again.

NG: I love that, and all these answers, and getting to know you even better! Thank you for sharing with us today and congrats on what’s coming up for you.

NB:  Thank YOU so much, I really appreciate the chance to connect!

To learn more about Natalie Brooke, check out the band's social media accounts: