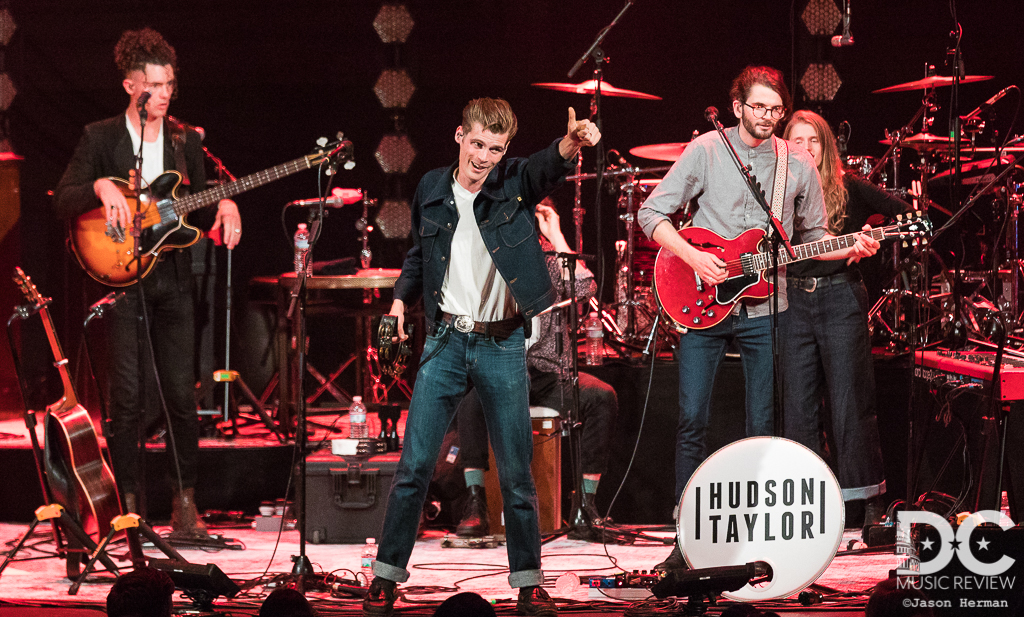 Hailing from Ireland, Hudson Taylor are once again gracing the DMV with their soulful harmonies and heart-warming lyrics.

The multi-instrumentalist duo is comprised of brothers Harry and Alfie Hudson-Taylor, who’ve played everything from the streets of Dublin to sold out crowds on stages around the world.

Playing both the Lincoln Theater back in October as an opener for Hozier and their own headlining show at Songbyrd, the brothers are ready to take the US by storm, this time with their own headlining tour. Those at the fall show who hadn’t previously heard of Hudson Taylor became instant fans, drowning out the brothers as they attempted to thank the audience with their deafening cheers.

With vocals reminiscent of a folksy modern day Simon and Garfunkel and Fleet Foxes, and instrumentals reminiscent of Noah and the Whale, Hudson Taylor provide the perfect layer of coziness and optimism to cheer up anyone who’s struggling with the consistent blanket of gray coating the city.

While some of their tunes appear lighthearted and upbeat at surface level, be sure to listen closely to the lyrics, as immense depth and emotion is hidden under bright melodies and whimsical string instruments.

Selling out two European tours as well as having a myriad of European festival appearances, Hudson Taylor have established themselves as a name to look out for in 2018. In a press release, the brothers said:

“In 2018, we played the most gigs in any year since we started making music together, and had an absolute blast. We released a lot of new tunes and got a fantastic reaction to them from the fans. We are looking forward to releasing more new music and going back out on the road in 2019.”

We can’t wait to see where 2019 takes this talented duo. If you missed them the first time around, don't make that mistake again!