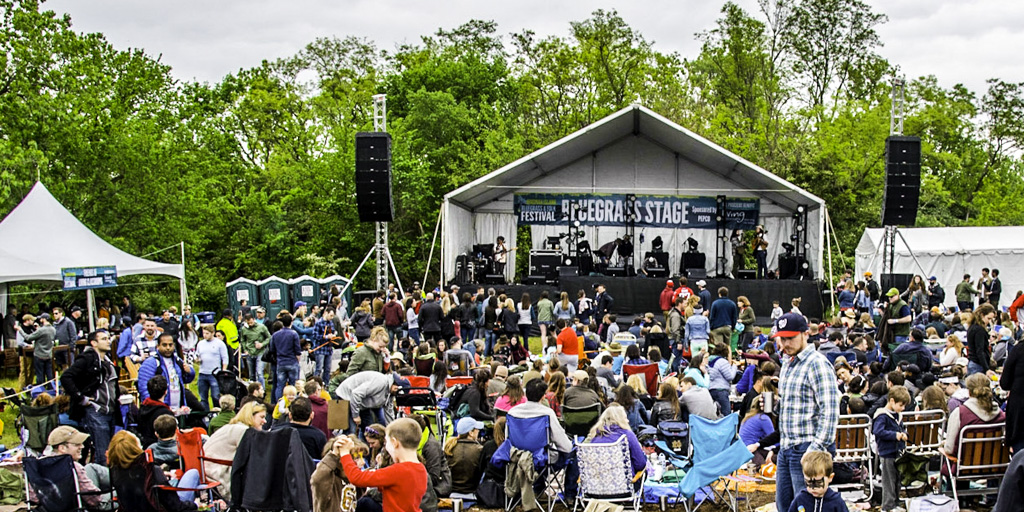 DC's best homegrown bluegrass event, The Kingman Island Bluegrass & Folk Festival is celebrating its 10th Anniversary this May and has a huge local lineup.  As little known as this festival may seem to be, it is bound to sell-out and has become a local favorite not only for its music, but also for its purpose of supporting Living Classrooms, environmental causes, and community interests.  Voted "Best Music Festival in DC" in 2018, the Kingman Island fest is a family-friendly music event on the banks of the Anacostia River.  The event will feature an incredible roster of musical talent from throughout the city and surrounding regions, representing diverse backgrounds, cultures, genders, and ages that represent the diverse roots of bluegrass, folk, and Americana, as well as their modern interpretations.  The day will also include delicious craft beer and cocktails, various outdoor activities, a kids’ tent, local merchants’ marketplace, and some of the best food trucks in DC.  This is a can’t miss event! The festival is also the District’s premier zero-waste event, and will feature re-usable souvenir cups, compostable food containers, recycling and waste stations, and limited use of disposable products. Through a partnership with DC's Department of Public Works, (DPW) and the Department of Energy and Environment (DOEE), the festival has successfully reduced landfill waste by over 80% at the past three events.  Living Classrooms plans to build on this success at the 2019 Festival.   The festival is easy to get to, with close Metro and DC Streetcar access, as well as a free bike valet at the entrance.  If you must drive, parking will be available all day at RFK Stadium for a fee, and consider carpooling with some friends! The Kingman Island Bluegrass & Folk Festival celebrates Kingman Island as a gateway to DC's Anacostia River. Kingman Island is a "living classroom" connecting youth and the community to the environment and river.  Proceeds from the Festival support stewardship of the island and hands-on education programming provided by Living Classrooms as well as the continued maintenance of the island's unique eco-system as an educational and recreational space.. Living Classrooms Foundation is a regional nonprofit organization serving youth and families in Washington, DC and Baltimore and the surrounding metropolitan areas with innovative hands on education, job-training, and health and wellness programming.

The festival lineups have traditionally favored local bands, and 2019 is no exception.  This year's lineup features: ​Enjoy a Festival Preshow to support Living Classrooms and to get ready for the Fest.  Living Classrooms and Atlas Brew Works will be hosting an official preview show to give everyone a taste of the music in store for them at this year’s Festival, plus cool giveaways, prizes, and more.  The pre-fest will feature delicious solar-powered beer, awesome music, and Sunday Funday!   Featuring live performances by Hollertown and Split String Soup.

(Note: Several details were edited following the original posting to reflect Split String Soup will be performing at the pre-fest party, and early bird pricing is no longer available.  Also, note that children under 10 are admitted free).