New Pornographers Rock a Sold-Out Crowd at the 9:30 Club 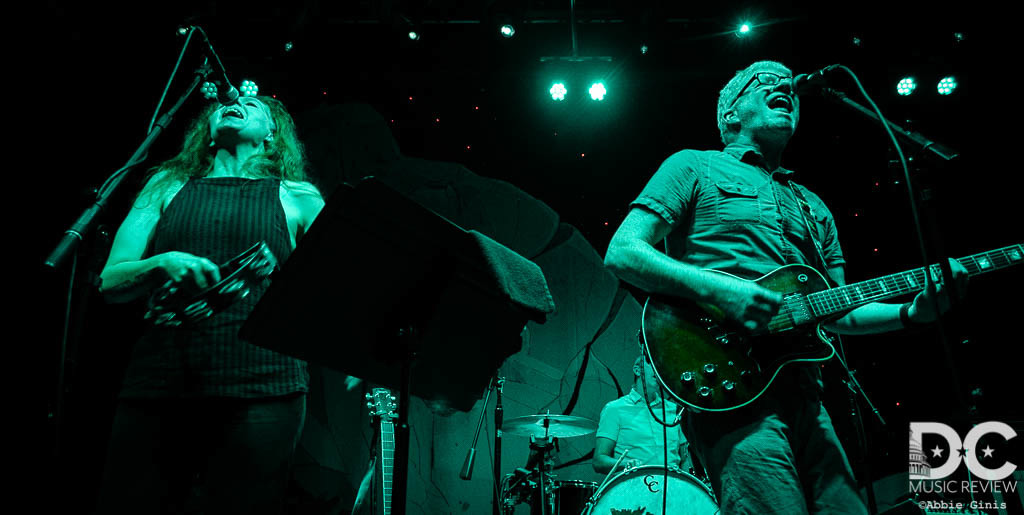 Made up of eight members and with many more instruments in tow, the New Pornographers packed the stage of the 9:30 Club on November 5 for a career-spanning set, and the first of two DC performances.

Often called an indie rock supergroup, it is easy to think of them as more of a music collective than a traditional band, and their output together is at times dwarfed by the efforts of individual members (see the solo career of Neko Case or the music projects of former member Dan Bejar, who recently left the group due to the demands of his other pursuits). But following an opening set of pop-rock offered up by Lady Lamb, all of the aforementioned considerations were swept aside.  Led by front man/guitarist Carl Newman and Case’s vocal performance, the band offered up 23 songs to the sold-crowd.

The set began with “Falling Down the Stairs of Your Smile,” a track that had all members abilities on full display – drummer Joe Seiders and bassist John Collins provided the rhythm over which keyboardists Kathryn Calder and Blaine Thurier, along with lead guitarist Todd Fancey, played over throughout the evening.

The rest of the set required various members to mix up the instrumentation – vocalist Simi Stone (who was recently bumped up from touring member to full bandmate), kept things interesting by breaking out a violin. Between songs, Newman and Case addressed the audience, telling stories of previous experiences playing at the 9:30 Club, as well as other banter that contributed to a casual air between the audience and performers.  Acknowledging that the band was playing the Lincoln Theater the following night, Newman announced, “Here’s one you won’t hear tomorrow,” as the band launched into another song.

After a set full of fan favorites such as “Sing Me Spanish Techno,” “Whiteout Conditions,” and “Champions of Red Wine,” the band closed out their set with “The Bleeding Heart Show” before a three-song encore that concluded with “Mass Romantic.”  The set was sure to leave any indie rock fan satisfied, yet eager for their appearance the following evening.

The New Pornographers latest album, In the Morse Code of Brake Lights, was released on September 27, 2019. Click to Purchase In the Morse Code of Brake Lights

New Pornographers Rock a Sold-Out Crowd at the 9:30 Club
Read More
Ray LaMontagne and Neko Case Light Up The Anthem
Read More
About the author