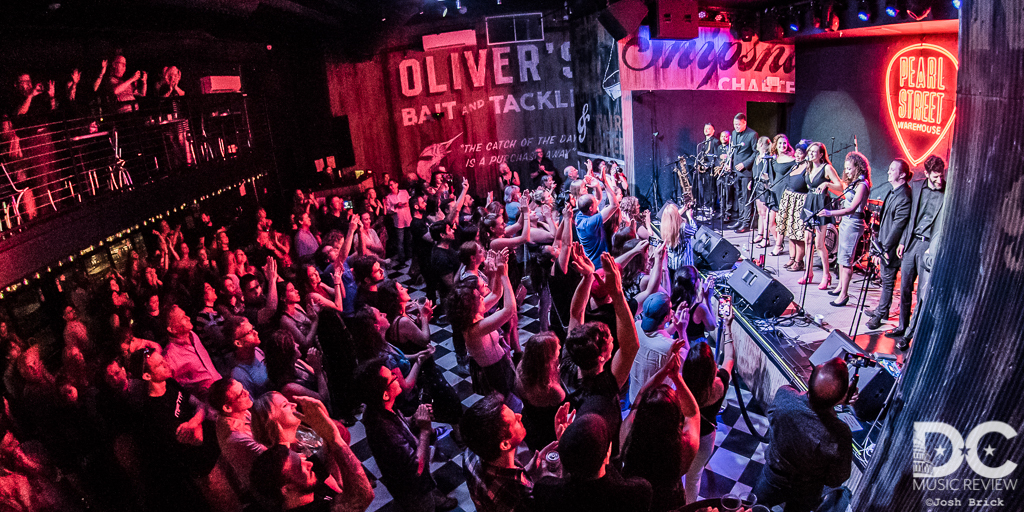 "We have a sisterhood and we call ourselves the Novettes." - Carly Harvey told the sold-out crowd at Pearl Street Warehouse for novo's tribute to Amy Winehouse.

The night brought out a wide cast of DC musicians, with Carly Harvey, Mary Lankford, Jessica Zamiska, and Grammy-nominated Carolyn Malachi joining vocals. They were accompanied by a crew of horns made up of Joe Herrera, Eli Gonzales, and Herb Scott. novo is Tula Pisano, Gena Photiadis, Nikhel Sus, Matt Tredwell, and TJ Turqman.

Carly Harvey opened the show with a short set, followed by a set of all original music by novo. The night closed out with a 16-song set comprised of Amy Winehouse songs.

Back to Black
Our Day Will Come
You Know I'm No Good
I Heard Love is Blind
Rehab
'Round Midnight
Me and Mr. Jones
Wake Up Alone
Stronger Than Me
Love is a Losing Game
Tears Dry on their Own
Moody's Mood for Love
Some Unholy War
Amy Amy Amy

By My Side
Jaded
Fake
TWU
Small Rewards
Wine Clouds

Insert Custom HTML
About the author