Artist News
Features
Made in The DMV
By Seth Gordon-Lipkin / November 22, 2019 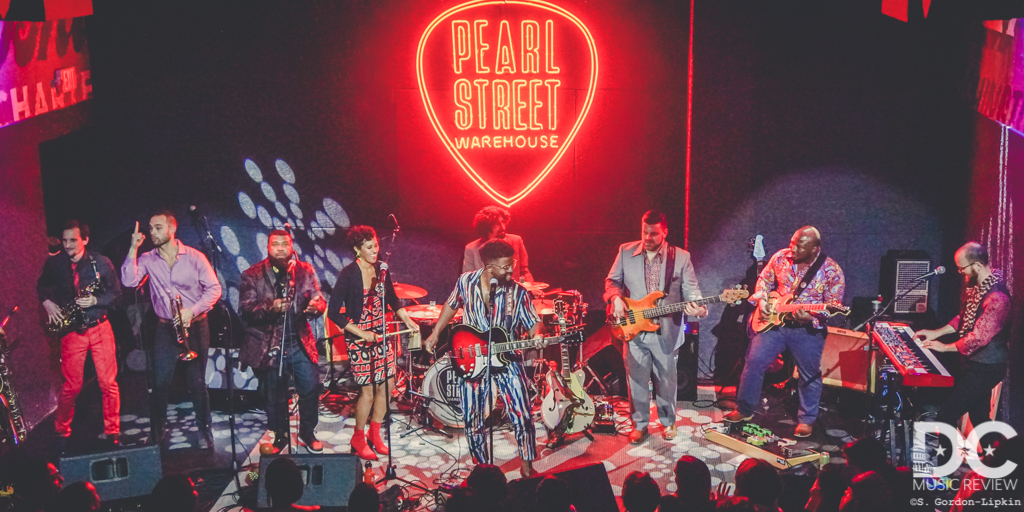 Today, the DC-based "funk with soul" band, AZTEC SUN, released two songs that were previously only available as bonus tracks on their first record, In the Name of Everyone.  The band's new single, "Get Up," is accompanied by a video of the band performing the song live at their album release party nearly a year ago to the day. These two tracks showcase the band's energetic style that has made them one of the most exciting live acts in the local music scene.

"Get Up" has been a staple of AZTEC SUN's shows since well before the release of In the Name of Everyone, providing a lively dance tune that ignites a throw down in any of their sets. The track kicks off with the band's frontman Stephane Detchou calling, "AZTEC clap it out now, before a syncopated guitar riff that eventually is joined by the band's horn section and a thumping bass accompaniment.

The off-beat rhythm of the vocals and guitar throughout the song make for a playful number that can energize a crowd and provide opportunities for interplay between the band and its audience. This proclivity for the band to engage with its audience throughout a performance comes through following an instrumental break featuring the horn section of saxophonist Graham Robertson and trumpeter Adam Kent. There's a brief rest before Detchou recites a familiar "Everybody clap your hands," and vocalist Sara Ghebermichael, who shares lead vocals with Detchou throughout the track, repeatedly tell their audience, "I don't know what you came here to do, but it's time to jump around." Those final words are echoed by the rest of the band before another fantastic instrumental breakdown where the mix allows every member of the band to shine with a perfect balance of the horns, guitarist Ray Lamb, bassist Shane Weckesser, keyboardist Ryan "Catch" Banning, and drummer John Heinze. When the song returns for a final chorus, singer Lee Anderson can be heard clearly, adding another layer of harmony that offers a richness to the tone of the song's conclusion.

Having recorded and worked with Soulive's Alan Evans on the album, the track is masterfully produced in a way that demonstrates the vibrancy of the band's live show without compromising clarity in their sound.

The second track released by the band, "Confuse Me," demonstrates the band's range with a smooth, sexy dose of R&B where Detchou's lead vocals shine. The opening lyrics, "Excuse me, you know you've got that something special," certainly apply to this band as well. "Hey, hey, hey. You must have hit me with that voodoo. I'm sitting in the palm of your hand," he croons in the first verse.

Well, Steph, the feeling is mutual. AZTEC SUN performs this Saturday, November 23rd at Union Stage in Southwest Washington, DC. All performance details, including showtime, ticket purchase link, and full venue review can be found below.