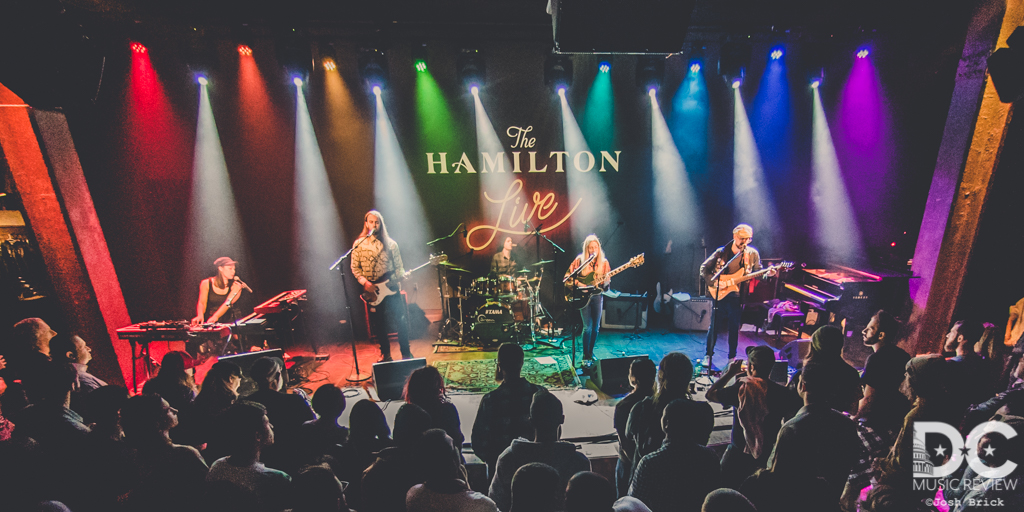 The last time Ghost Light was in the district, they were less than a month into their debut tour. At the show this Saturday however, we saw a more developed band, stretching their legs over a full two sets of daring rock music, dancing in and out of songs with seeming ease. Returning to songs emerged as a theme for the night right from the start as the first set was an almost nonstop segue-fest, opening with 40 minutes of uninterrupted music that began and ended with "What Does It Mean To Be." That was immediately followed by "Diamond Eyes" which included a very brief foray into "Doorway to a Silent Chamber." The band hinted ahead of time that they had something "special" in the works and when they returned from set break they were practically huddled around The Hamilton's grand piano to the side of the stage. For only their second time as a band (the other being at Terrapin Crossroads back in March), they went mostly acoustic with a stripped down drum kit for the first half of this set, treating the crowd to an intimate and graceful experience.

"We knew you were the right audience for this when we walked on stage for the first set and you guys were so quiet it completely freaked us all out," Holly joked a couple songs in. "But now we're like, it's cool, it's cool, they're doing it right." Following the night's theme, the acoustic set ended with a return to "Best Kept Secret." Following that they returned to true Ghost Light form for the rest of the set, nearly bookended by "Lead Weight."

Ghost Light will be at The Broadberry in Richmond on Tuesday, before tour takes them further south, and they just announced a Phish after party at Sony Hall on December 30. Relive their show at The Hamilton below with full show audio, as well as photos by Josh Brick and Caitlin Moore. 1. Living On a Thin Line

Plotting, scheming. Special one planned for DC tonight - see you at @thehamiltondc!

The award for best new jam band of 2018 might go to Ghost Light, Tom Hamilton and Holly Bowling’s project, which seemed to emerge fully formed earlier this year. Saturday’s show at The Hamilton was my third time seeing the five-piece live, and they just keep getting better. For the first set, Ghost Light got playful, jamming in and out of multiple songs over and over again. The second set began with a full-band acoustic segment, which sounded great in that room, before making way for more expansive, electric improvisations.