Russian Circles Performs To The Faithful At Union Stage 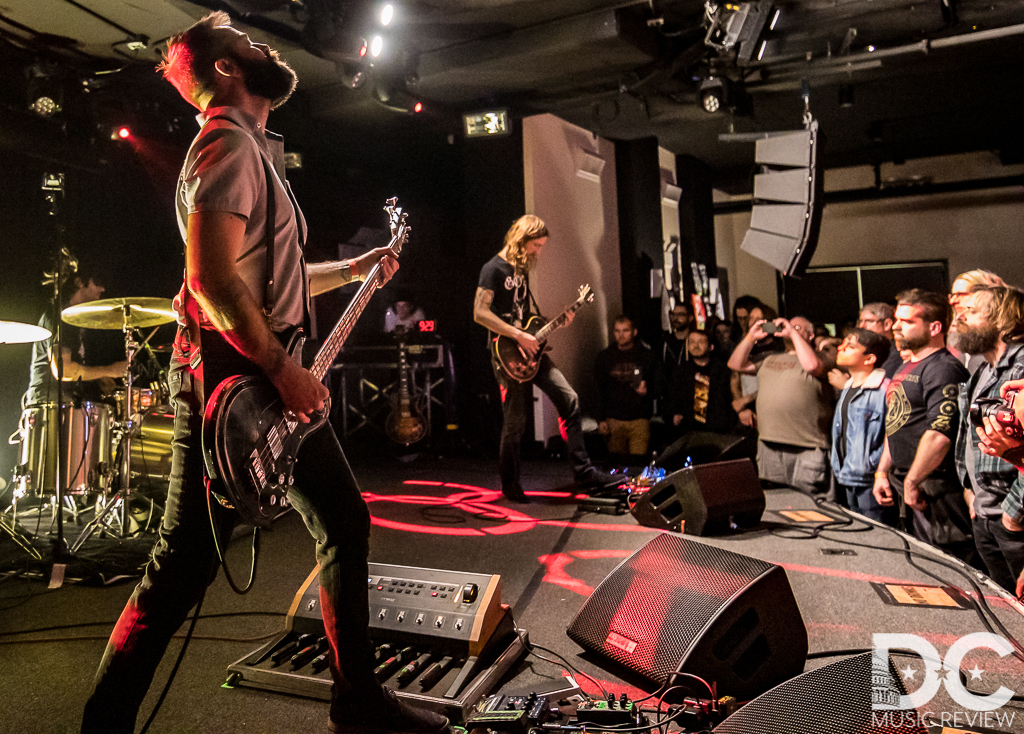 For fans of big, dirgy, and/or chugging riffs, Union Stage was the place to be on Tuesday, October 29, when Chicago-based post-metal band Russian Circles and Richmond-based doom metal favorites Windhand stopped in to deliver some blistering performances. If anything, the theme of the night could be described at the highest level as “loud,” and Windhand had no problem sticking to that when they took the stage as the evening opener.  Although the band’s set only consisted of six songs that focused primarily on their latest releases (the full length album "Eternal Return" and split EP with Satan's Sartyrs) as well as the 2013 album "Soma" (songs from the band's other releases noticeably absent), the length of each filled out the set time amply.  The band operated as a solid unit, with guitarist Garrett Morris, bassist Parker Chandler, and drummer Ryan Wolfe providing the heavy soundtrack to a crowd full of slowly headbanging listeners, with vocalist Dorthia Chandler crooning over it all.

When the four members are locked in, the sound is overwhelming (this is a good thing) and the overall effect is hypnotic, broken up occasionally by a lead guitar break by Morris.  It is apparent that the band owes a great deal of its sound to early Black Sabbath albums like “Master or Reality” (again, this is a good thing), and fans of bands like Sleep and Weedeater would have eaten up every juicy riff (though anyone familiar with those bands most likely already knows this). After Windhand’s set, Russian Circles took the stage.  Consisting of only three members (guitarist Mike Sullivan, bassist Brian Cook, and drummer Dave Turncrantz), it is always impressive to bear witness to the layers upon layers of sounds the band can conjure using a variety of effects pedals and loopers (Cook even plays a bass synthesizer with his feet) over Turncrantz’s precise and unrelenting drumming.

Over the course of a ten-song set, the band progressively built songs by adding a series of loops and sounds that created a sense of airiness and dissonance that ultimately culminated in resolutions that had the band all locked into one heavy, chugging riff.  The set included most tracks from the band’s most recent album, “Blood Year,” as well as cuts from across their past discography.

Ultimately, the night was about as good as it can get for fans of heavy music.  Seeing either one of these bands on their own is well worth the price of admission, but it is rare these days to get a lineup as solid as this one.  Those who missed out should keep an eye out for either band to return.