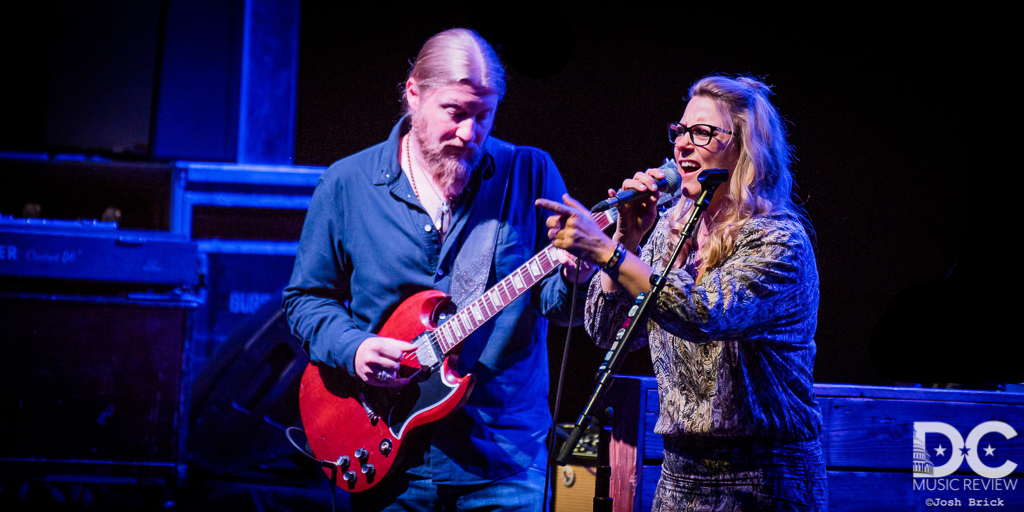 Tedeschi Trucks Band (TTB) returns to Wolf Trap for a stop on their 2019 Wheels of Soul Tour on Wednesday, July 17 with Blackberry Smoke and Shovels and Rope in tow. This marks the fifth annual summer tour for the 12-piece roots rock revue juggernaut and the fourth consecutive year at the gorgeous Filene Center in Vienna, VA.

The dynamic partnership between Susan Tedeschi (vocals, guitar) and Derek Trucks (guitar) lead the explosive big band into their 10th year of touring with no signs of slowing. TTB began the summer run in their hometown of Jacksonville, FL and have been making their way up the east coast before several dates in the northeast this week. The five-week slate of 25 shows includes another two-night stand at Colorado’s Red Rocks Amphitheatre, following 8 straight sell-out performances performances at the renowned venue, and concludes with two nights at the famed Fox Theatre on August 2 -3 in Atlanta, GA. In 2018, Tedeschi Trucks Band hit the road with Drive-By Truckers and The Marcus King Band and delivered a stunning performance at Wolf Trap on July 11. The Wheels of Soul tour promises unpredictable sit-ins and collaborations, one of the things that keeps the band inspired and the fans ripe with anticipation. “The motivation and, really, the fun of Wheels of Soul is that we get to bring that spirit of musical camaraderie to a summer crowd,” says Trucks. “Traveling, being outside, playing music with friends new and old.  We love the limitless energy of this tour.”